Home  »  Original Articles   »   Freedom: what freedom and for whom? – by Waseem Altaf 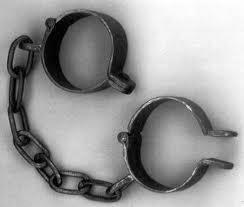 The derogatory term and its connotations, still in use by some; Hindu “baniya” does not in any way reflect the reality. The Hindu shopkeeper or businessman, mostly in charge of business and trade in this part of the sub-continent had a strong code of ethics. He would respect his client and never adulterate, under weigh, or overcharge, rather give a small quantity of sweets called “choonga” to the customer before he would leave .A sacred trust existed between him and his client. The customer, for him was a kind of “bhagwan” who would not only ensure his livelihood but was also the pivot of a growing enterprise.

Sometime before and after the midnight between 14th and 15th of August 1947, on the West of Radcliff line the Hindu “baniya” was replaced by his Muslim counterpart. This replacement had inherited a greedy, exploitative and self-serving mindset from its leadership. For him the customer was a prey who was to be fleeced in the first instance, the second may never come. Secondly, every available opportunity was to be exploited in one’s personal interest. Hence this prototype was to dominate every sphere of life in the newly born state .Beginning with the top leadership to the petty shopkeeper, to various echelons of civil and military bureaucracy, to feudals and elite mercantilist class; everybody was emulating what the leadership was displaying as being role models.

Earlier the elitist class from Northern India feeling threatened for their “class interests” and foreseeing greater prospects in a separate landmass had spearheaded the campaign for fear of Congress dominance in decision making in United India. Now they were free to rule without any constituency, get the choicest of ministries and grab evacuee land and property left over by those who had migrated to India.
The feudal class which mostly belonged to the unionist party till 1946 found it to be a great opportunity to join the Muslim League and secure its lands by getting its share in the political hierarchy. Now they were free to enjoy huge land masses without any fear of land reforms, no agriculture taxation and a lot of respect too, as quite a few of them had also spiritual leanings.

Since the term Islam and its ideology, whatever it is, was excessively used by the political elite during the entire campaign, it was not possible to put the genie back into the bottle. Hence it was also a sterling opportunity for the religious right to secure a strong niche into a state created “in the name of Islam”. These religious outfits which had earlier opposed the creation of a separate state also found it an opportune moment to steer the state towards theocracy where they would determine the character of the state in the “Islamic perspective” as “only” they could interpret Islam. Now they were free to establish their own narratives in collusion with those who would look after their interests.

A number of super-rich business groups realized that they would not be in a position to establish their monopolies in united India, while competing with “Tatas” and “Birlas”. Hence after partition many of them shifted their headquarters to the West of the boundary line and now they were free to control the capital market. Now they had all the freedom to exploit and loot.

The civil and military bureaucracy, which had always played a subservient role in United India, courtesy the British system of governance soon realized after partition that the political elite was nothing but a bunch of thugs, so it was so very convenient to make inroads into the decision making process. Now they had all the freedom to call the shots, pillage and plunder in the name of public interest and national security.

So everybody who was not interested in sharing power with the Congress, or wanted to protect the interests of its class, or enforce a system where he would act as a major stake holder in the power game joined this bandwagon by enticing the man in the street that he would live with freedom in the newly created state.
The only left-over was the common man who was given to believe that “now he would live in a free country”. Prior to partition the common man lived in peace and harmony for thousands of years. Hindus, Muslims Sikhs and Christians were all free to practice their respective religions; today the “Free State” would determine matters of faith. Before partition all citizens of India, regardless of their religion would celebrate Diwali, Eid, Besakhi and Christmas. At least everybody felt secure in a place of worship. Before partition anybody could go to see the Taj Mahal in Agra, anybody could have a ride on the ferry in the waters of river Buriganga in Dacca, visit Hanna and Urek, picnic spots near Quetta or go for an excursion to the Khyber Pass. For Pakistanis living in a “free” country, ironically, today almost half the country is out of bounds, right from the rugged mountains of South Waziristan and Kurrum agency to the metropolis’ Quetta and Karachi.

However it would not be fair to say that nobody got freedom in the holy land. The petty shopkeeper is free to skin the common man. The business tycoon is free to hoard, monopolize and determine prices of commodities. Similarly the sugar, cement, fertilizer, gas and petroleum mafias are free to fleece fellow citizens. The deep state is free to kill journalists and pick anyone from anywhere. The terrorist today is free to kill anybody. The politicians are free to loot and plunder if they allow the army to do the same. The lower judiciary is free to send any poor man to the gallows provided it does not give the same treatment to Mumtaz Qadri and the like. The higher judiciary is free to suspend or restore anybody, if it does not pursue the Asghar Khan case or indulges in the probing of the missing persons, and do not take “suo moto” action on the “adventures” of those having guns. The Parliament is free to legislate on imposing any amount of taxes on the common man if it does not establish oversight over the defense budget. The Public Accounts Committee is free to probe any institution as long as it does not touch the purchase of defense equipment worth billions of dollars. The interior ministry is free to call for a report on Karachi killings as long as it does not call for a similar report on the missing persons of Balochistan. Kashmiris of Pakistan administered Kashmir are free to show their resentment against Indian “occupied forces” as long as they do not express the same sentiments against “Pakistan occupied” forces in Kashmir. The Prime Minister is free to accept the resignations of ministers as long as he does not ask for the resignations of the naval chief and the army chief in the context of “Mahran” and “Abbotabad” debacles. Asif Ali Zardari is also free to bestow national awards upon his cronies as long as he rewards the same or equivalent to the personnel of those in uniform. The Federal Board of Revenue is free to thrash the salaried person if it does not bother the business tycoon. The media is free to bash anyone except media itself, the military and deep state. So everybody who exercises his powers in the land of spoils and loot, while taking care of the powers that be, enjoys full freedom.

However during 64 years of the so-called freedom, the common man received nothing but intoxicating doses of two-nation theory, the ideology of Pakistan and Hindu enmity. He was made to believe that he got freedom on the 14th of August at midnight. Concerted attempts are still being made to dread him with the hegemony our neighbor wants to establish over us and the fictional loss of freedom which he may face if the defenders of our ideology do not stand in the way of the “invading Hindu army”.

However perhaps fed up with fantasies, lies and half-truths the drugs have now almost lost their effectiveness. The disenchantment with hollow slogans, disgusting tenets of fictitious ideologies and fabricated historical accounts are no more potent to appease the man in the street. Just as an example, a few years back almost every house would hoist the Pakistan flag on the 14th of August, the practice diminished and this year the writer of this article did not witness a single house in his area hoisting a green and white with a crescent and a star.
It is quite obvious that things are now becoming transparent. After years of slumber the common man is waking up. However there is bad news and a good one. The bad news is that the system is so decomposed and petrified that nothing can now change it for the better. Sooner or later it has to die down. The good news is the hope that a liberal- progressive system, quite in line with the spirits of present times and in sync with global trends envisaging human and technological development, peace, harmony, tolerance and love for all humanity would emerge from the ashes of the present one.