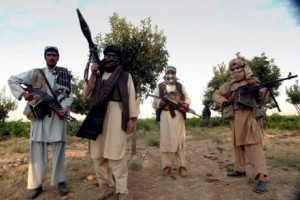 Waqas Akram, Abida Hussain, Faysal Saleh Hayat, Jamshed Dasti, and Ayaz Amir have been among those disqualified. MQM is being subjected to shameless gerrymandering. ANP is being put under tremendous pressure. The common thread among all these is their strong anti-SSP/TTP credentials. I have some simple questions here:

As you look for answers for these, and the differences in opinion are most welcome, let me share some thoughts with you. I think Fundamentalists are the most powerful group in Pakistan not just because they have militants but also because they are a politically savvy group who work formally and informally to keep their stranglehold on the system. Having preyed upon army’s and ISI’s insecurities for a long time, they have already found ways to control our mainstream media. These guys are in unison in constantly resisting change. They influence the people by challenging new policies and practices at the emotional—-rather than rational—level.

In the good old Pakistan, we sometime ruefully reminisce about, all of us ordinary folks lived with the two-world views, which were rarely –if ever- seen as competing. Religion addressed some aspects of life and modern values and science addressed the others mainly concerning with a modern society and progress. As A Z wrote in the abovementioned article, fundamentalists have great difficulty picturing how the two worldviews can coexist in the same mind and the same culture. To fundamentalists, one world-view must be right and the other wrong. In every choice in life’s ordinary and important matters alike, there is one Islamic alternative and one un-Islamic alternative, mostly of Satan. http://www.geo.tv/GeoDetail.aspx?ID=95822

Now these fundamentalists, from JUI to JI to TTP to SSP, act in tandem to impose their sectarian views, traditions, and ways of life. Usually the term for what they attack is secularism and all that goes with it, freedom, separation of statecraft and theology, equality of women etc. To a common man the secularism has been ingrained as Godless ways thus making it incumbent upon a Muslim to counter the assaults of modernity it brings. Not to fight back is to play into the hands of Allah’s enemy and to see the possible destruction of all that one believes. So now it is the chance for the zealous Returning Officers to fight back for Islam and screen out the infidels like Ayaz Amir.

Technology helps the fundamentalists to use the regimentation to the greatest effect. Their prolific use of technology might include mass communication, rapid means of travel, highly developed weaponry, videos and the like. Being comfortable with Western technology, they have highly proficient weapons and systems of communication. Throughout the country fundamentalist broadcasters are much more effective in the use of media than are their ‘secular’ competitors.

Yet when they are not busy hunting Ahmedis, killing Shias, and burning down Christian dwellings, they aim their reactionary efforts against the West, which is the source of so much science and the philosophy of science. The West is seen as the intrusive agent that has exported science and made the non-West dependent upon its hated alternative. Yes, this culture dominated by fundamentalism may eventually be able to overcome suspicion and retrieve from their heritage the variety of approaches that helped Muslims lead in science and knowledge in medieval Islam. However, that seems a distant dream for us experiencing the dangerous expressions of fundamentalist self-righteousness and ire.

With these have come social arrangements disrupting the community as Pakistanis knew it before Zia. The great Jihad of modern world, waged in Afghanistan and abetted by the West, was guided by technology like Stinger missiles. Jihadist from Central Asia and the lands of Arabia flocked to our mountains and then descended to our plains to spread alien ideas and Arabized Islam in the traditional Muslim cultures of India. While many adapt, those who say they will not are being persecuted and now being screened out of the popular suffrage.