Home  »  Original Articles   »   In Pakistan, Shia and other rights activists are being monitored by Deobandi militants and fake liberals 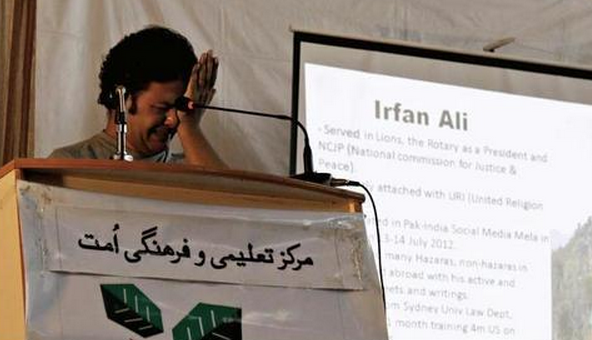 The following notice has been published by a leading Shia web portal (Karbala-e-Quetta) to warn Shia and other human rights activists to be mindful of impostors (Takfiri Deobandi terrorists and agency plants) who are reportedly monitoring internet to identify and harm social media activists.

While the aim of some of such impostors could be to monitor your activities or moderate the intensity of activism by counter-measures, others have more vicious agenda to cause physical harm to you.

Some fake (shia) webistes are in place for the purpose. Also, there is a possibility that they advertise for JOBS and ask Momineen to submit Resumes, CVs, Address, Phone number, photographs etc.

All momineen, particularly males, be very careful in providing such data. Avoid submitting identification information to unknwon sources, even if it appears to be a Shia source.

Be extremely careful in adding unknown people on facebook, and try that your photographs can not be seen by unconcerned people. (Source: Karbala-e-Quetta)

We support the above word of caution and expand the scope of this advice to all rights activists including but not limited to Shia, Sunni Barelvi, moderate Deobandi and Salafi, Ahmadi, Christian, Pashtun, Balcoh etc.

Surely, Takfiri Deobani militants of ASWJ-Taliban and their fake liberal affiliates are now monitoring the internet (facebook, twitter, blogs, email groups). Don’t share personal details with anyone. In particular, some pro-establishment fake liberals may pretend to sympathize with your cause in order to hijack and obfuscate it for personal promotion. Beware of them because they will not only hurt your cause but will also try to provide your details to Deobandi militants and clerics. A few months ago, an NGO-liberal woman based in Islamabad was seen providing details of Shia activists in Lahore and Peshawar to a pro-ASWJ-Taliban Deobandi cleric. The same fake liberal woman was also seen encouraging and promoting the moderator of the Ulmae Deoabnd, a pro-ASWJ-Taliban anti-Shia hate site.

Based on experience, we advise all human rights activists to use pen name (or multiple pen names) and do not provide personal details (name, address, travelling details) to anyone. Exercise maximum care, the enemy (ASWJ, Taliban, Al Qaeda) is ruthless and is also supported by Pakistan’s security agencies.

Many people may request, urge or dare you to reveal your true identity or personal details to them. In view of the ongoing target killing of the Balcoh, anti-Taliban Pashtun and Shia activists and also in view of the tragic murders of Irfan Khudi Ali, Saleem Shahzad, Javed Nasir Rind and many other bloggers and journalists, you must not share your personal details with any person, and report all such suspects (interested in or revealing real life identities of activists and authors) to your community, fellow activists and law enforcement agencies in Pakistan and abroad (as appropriate).