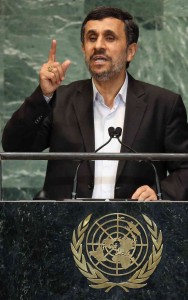 The Islamic Republic of Pakistan is making a transition from Military-Feudal to Military-Mullah-Feudal state, where the military and feudals are traditional while mullahs are the new stakeholders. The inclusion of mullahs, exclusively from Deobandi-Salafi religion, into the state power structure has brought the miseries of Pakistani religious minorities to a new unprecedented level. The victims of state sponsored tyranny are minority Shia Muslims, Christians, Hindus and other faithfuls. Besides, the tyranny has now trespassed into a new territory — the majority Sunni Muslims of the Brelvi school-of-thought are being indiscriminately brutalized. The main purpose of Wahabi-Salafi invasion of Pakistan is to capture its nuclear assets for Saudi Arabia, contain Iran from South, establish a buffer-zone between (increasingly strengthening) India and dollar-rich Gulf-microstates.The process of transition kicked off in early 1970’s, when the then, charismatic ruler of Pakistan Z. A. Bhutto, under intense pressure from Mullahs, amended national constitution to define ‘right’ and ‘wrong’ faiths. Scholars consider the events of 1973 as the first detectable signs of the Saudi involvement in the religio-political affairs of Pakistan. In the subsequent campaign of 1977, aimed to overthrow Bhutto, the Saudi involvement came to open when Bhutto opted to hire services of Riaz-AlKhattib (then the Saudi Ambassador in Islamabad) to mediate between his regime and the mullah-led opposition.

The transition gained a new momentum in 1980 when Pakistani Military, under the command of Gen. Zia, decided to join the Western and Saudi backed anti-Soviet Jihad in Afghanistan.  Not quite known to the World, the Saudis were silently pursuing their own agenda, the spread of Wahabi religion, by making alliance with the Pakistani Deobandis. Immense supply of petro-Dollars resulted in the mushroom growth of Madrassas -the Jihad breeding factories. Indeed, the main Saudi aim was to contain Iranian Revolution which, due to lack of maturity, had created many powerful enemies in the World including the United States of America.Since the overthrow of the Saddam regime and the consequent establishment of a Shia-led Government in Iraq, the Wahabi-Salafi-Deobandi alliance has greatly intensified its efforts to eradicate Shias and violently expand its domain in the Islamic countries.  Their frenzy has attained a new level of madness due to civil war in Syria, where a genuine civil rights movement has, unfortunately, degenerated into a sectarian conflict.Since Wahabis-Salafis historically consider Shias and Sunnis (the followers of four schools of thought) as enemies of their religion, they are their natural targets. As Shias, anywhere in the world, are the first line of defense they become the first target. This happened in Hijaz and Najad (in 18th century), is happening in Iraq, Syria, Pakistan (Shia genocide, Brelvi massacres), Malaysia (police raids on Shia mosques, treated as a deviant sect), Indonesia (coercion to change their faith to Wahabi-Salafi religion), Yemen (suppression of Zaidis), Bahrain, UAE (humiliating extradition of Shia expatriates), Egypt (refusal to commemorate Aashura),  Nigeria (killing of Sunnis and Shias) and Mali (killing of Sunnis, destruction of Sufi shrines).
Mr. President,

Contrary to popular perceptions the Wahabis are not idiots. They have been successfully manipulating contradictions and conflicts in the World. This is especially true of post-1979 situation in the World. Saudi Arabia has been benefiting from the stand-off between the US (and its allies including Israel) on the one side and a defiant, but weak, Iran on the other side. This stand-off has created an environment that is very conducive to world-wide Shia genocide. You need to contemplate a strategy to mitigate.The US is a capitalist country, whose policies are determined by material interests, that is it. Other than that, It has no interest in the conflict among faiths. The US and the West have vital interests in the Persian Gulf; have capability to stay there, and will stay there. Iran just can’t drive them out from the Middle East. Is it wise to pursue a policy which has no chance to succeed, but harm? Iran-Israel conflict has no real bases. Israel is not the enemy of Shias or Sunni faith either. To determine enemies of their faith, Shias often raise questions: Who brought miseries to the Ahlul-Bait? Who martyred eleven out of 12 Imams (PBU-them)? Who paraded the daughters of the Prophet (PBU-them) in the Bazars and courts of Iraq and Syria? Who demolished the holy shrines of Ahlul-Bait? Who demolished shrine of Umme-Rasool (PBUH)? When we seek answer to these questions, we do not find any Jews, Christians or Hindus perpetrators. So acknowledge, there is no faith related bases for any conflict with Israel of 20th or 21st century.I acknowledge there is issue of the Palestinian people. It is a just issue, as it is not fair to evict natives from their land and force them to live in other countries under poor conditions. It is a matter of principle and a right stand should be taken. But how? It is a food for thought. Let us give a serious thinking.

Shias are closer to the Western enlightenment (values of tolerance, respect for human rights, struggle against oppression and lot other) than the Takfiri Wahabi-Salafi-Deobandi hypocrites, who are slaughtering Shias like chicken, sheep and goats. World Shias are educated, but largely poor and defenseless. Iran can boast a large, vibrant and well educated female population. To help avert a world-wide Shia holocaust, I request you to seriously consider the following:

I am a relatively young Shia of Iran-Afghan descent, raised in Pakistan under harsh circumstances, modestly educated and now living in a Latin American country.
Yours Sincerely,

Note: The Iranian media or intelligence services are requested to forward this letter to the office of the President Ahmadinejad. Will be appreciated.