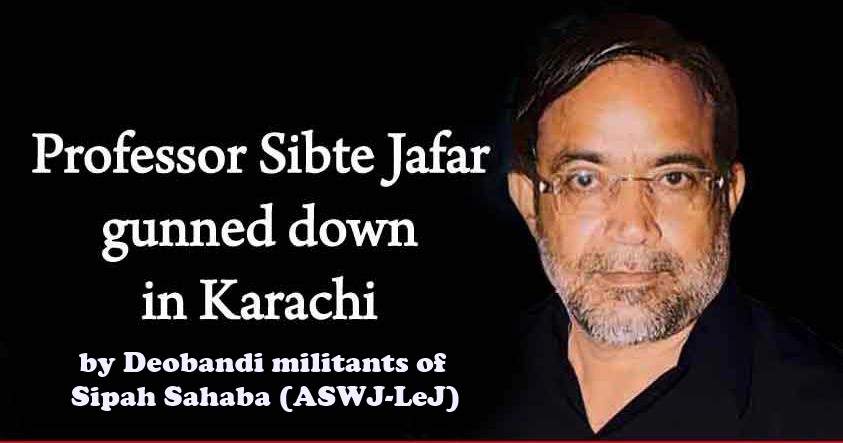 LUBP Editor’s note: Read this blog post by Sultana Haider with tears of anger and grief.

For the right-wing and pro-establishment fake liberals, Sibte Jafar can be reduced to an Iranian fifth columnist. His cowardly murder can be misrepresented by Najam Sethi (and his promoters such as Ejaz Haider, Nadeem Paracha, Raza Rumi etc) as a casualty of a fictitious Sunni-Shia proxy war between Saudi Arabia and Iran, or can be celebrated as an implementation of the roti, karpra, makan and Shia kafir slogan recently promoted by Ahmed Ludhianvi Deobandi, Najam Sethi and Raza Rumi in The Friday Times.

But for the tens of thousands who came to attend his funeral, he was a true Hussaini. A poet, scholar, educationist, humanist, uncle, friend, benefactor and sublime devotee of the Holy Prophet and his family. The Yazidis who killed him (Yazid the cursed is considered Ameer-ul-Momineen according to a fatwa by the Darul Uloom Deoband), the Ansar Abbasis who rationalize them and the Najam Sethis who provide these Yazidis an unchallenged platforms all deserve our strongest condemnation. (End note)

They killed my chacha, Sibte Jafar, but they cannot kill his memory

In my 25 years of life, I have met three kinds of geniuses.

First; the genius who is inaccessible. He is always busy, forever surrounded by people. With so much recognition and power, he becomes vulnerable and often, succumbs to worldly pressures and expectations.

Second; the genius who is either a good orator, a good writer or a good thinker – not perhaps an all-rounder. He may even be accessible.

The third kind of genius is my chacha (uncle). Strangely, he was like none other; always accessible, forever humble and eternally ready to serve humanity.

He was my answer to absolutely any and every problem.

Until Monday, I was very happy with just knowing him as my uncle. I was content as the child whose school speeches he used to write; as a university student whose documentaries he used to help with, and as a young adult whose questions he used to answer with so much patience.

I now feel alone with no counselor, no guidance.

But standing there, amid lost people and an orphaned community, I felt they had lost far more than I had. Never before have I seen people yearning for a human so much.

As I write this, the words seem so shallow – so meaningless, devoid of feeling and essence.

Suddenly, tears and silence do more justice to communicating than any language possibly can.

All those who wrote about him were still crying for him; families from interior areas came just to get a glimpse of his funeral.

It was them who told me who he was.

“You, my dear brother, will just go, happily stealing the show, joining the legends and mehfil (gathering) of great poets. It is us who’d be left to face this world,” Abu exclaimed exactly ten days before my chacha left us for the happier place.

It was still, however, a shock when I was confronted with the news. My chacha is Shaheed Sibte Jafar now. He was brutally gunned down right outside his college.

He made his way to the graveyard, held up high on many shoulders craving to carry his last bed, petals being showered on his path. I felt comforted at the sight of adoration, yet, looking around at the orphaned community, I felt a pang of inexplicable loss.

But then, how lucky is the human being who is loved so deeply by so many?

He is a fortunate man whose departure is mourned so fervently by so many and whose absence is felt so gravely by all.

My chacha will always be the man I remember on a 70cc bike, with a small, torn wallet, a checkered shirt and brown pants, holding an old, switched off Nokia 3310 – as humble as they come.

As Abu used to call him, a legend he remains – even in death, he is a living legend. 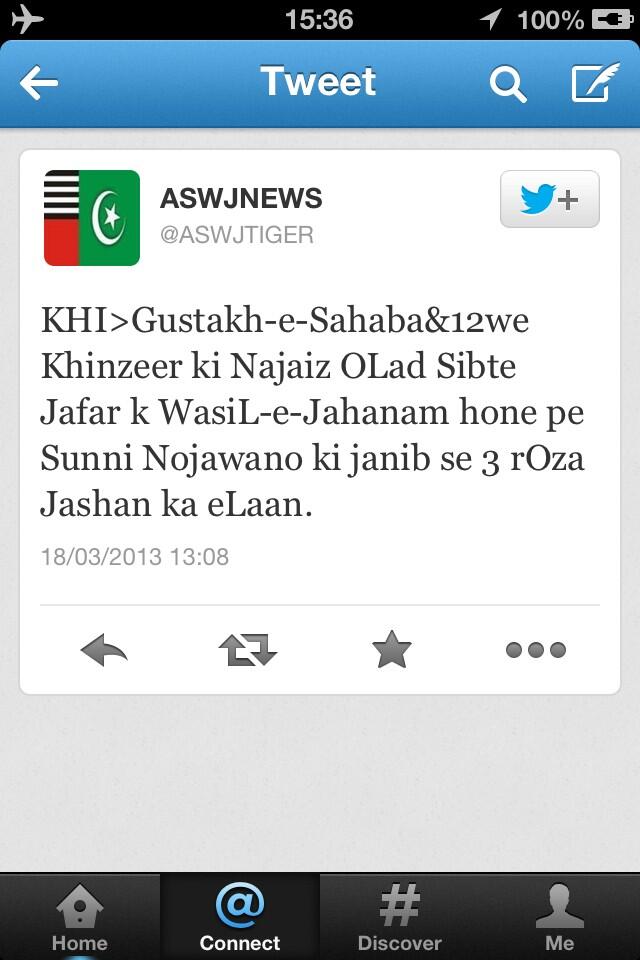