Editor’s note: Voting is a very important decision. LUBP urges its readers to encourage moderate Muslims, Christians, Hindus, Sikhs and all other communities to collectively vote against those parties and candidates that have any ties with or support of Takfiri Deobandis militants of Sipah-e-Sahaba (operating as ASWJ, TTP, LeJ etc). These are enemies of Pakistan who enjoy support of Saudi Arabia and certain rogue elements in Pakistan army. The undermining of the pro-Taliban pro-ASWJ Takfiri establishment should be the biggest issue in the next election.

Sipah-e-Sahaba Taliban terrorists are contesting elections on the platform of Mutahidda Deeni Mahaz (MDM, United Religious Front), an alliance of Takfiri Deobandi militant groups under the leadership of Mullah Samiul Haq Deobandi, Ahmed Ludhianvi Deobandi, Malik Ishaq Deobandi and Hakeem Ibrahim Qasmi Deobandi. Their election sign is ‘ladder’. Make sure to bring their ladder down, along with all those parties and candidates who are forging political alliance with these enemies of Pakistan.

LUBP calls on all Pakistan media to join us in this call to vote smart, vote to save your own life and the lives of the oppressed people of Pakistan. 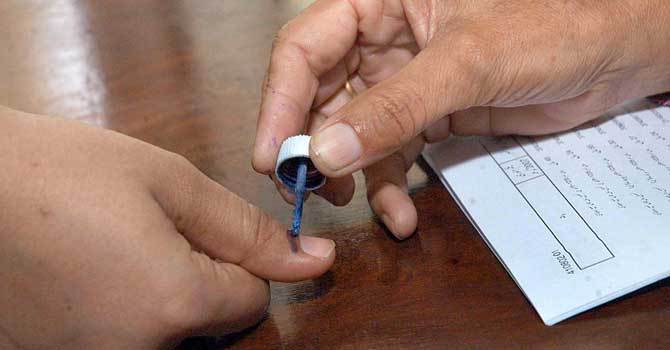 ISLAMABAD: Votes of religious minorities can play a key role in the coming elections in about 96 constituencies of national and provincial assemblies.

Analysts believe minorities can change the electoral scene in many of these constituencies if they choose to collectively vote for specific political parties or candidates.

According to official statistics available with Dawn, there are 2.77 million non-Muslim voters in the country, and 13 districts in Sindh and two in Punjab have significant presence of these voters.

Jews and Parsis are two minorities in which number of women is higher than that of men. There are 1,915 Parsi female voters against 1,735 male voters. The number of Jewish women voters is 427 against 382 men in the community.

Talking to Dawn, National Database and Registration Authority (Nadra) chairman Tariq Malik asked members of the minority communities to check their names in voter lists through Nadra’s SMS service by sending the number of their computerised national identity card to the code 8300 in a text message.