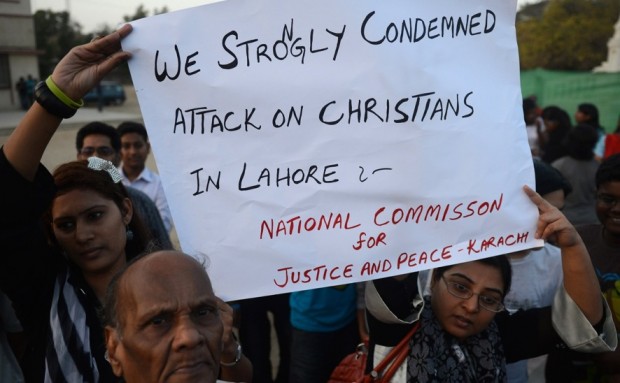 As I read the news about the concerned PML(N) MNA being absolved of land grabbing charges after hundreds of innocent poor Christians’ homes were torched and their belongings looted on his watch, I am painfully reminded of how the growth of violence and intolerance during the recent decades of our country’s young age has been abetted by the inability of our police to apprehend culprits and dismember the terrorist networks and the impuissance of our courts in punishing those who design and unleash terror. While the helplessness on the victims’ faces is palpable, most such accused continue to live free and openly participate in politics as if the state gives killers more rights than their victims. Justice thus hangs itself to appease the extremist terrorist forces. The Punjab CM and the country’s PM seem to have a penchant for the phrase “extremist violence”. So that’s how it is described. In fact, no Muslims were involved, either among the victims or the killers. You see, the Ahmadis, a small minority sect of two million in Pakistan, are no longer legally a part of Islam, having been ejected during the regime of Zulfiqar Ali Bhutto and further marginalized during the reign of the father of the “violent extremists” General Zia ul-Haq. Shias? Well they are considered non-Muslim by those who are killing them and openly declared so. And nobody from the government to the mainstream media seems to be able to identify the killers. So, actually, this is always a Muslim-less violence with foreign hand invariably involved. Please don’t be an ass and ask why the Christians and Hindus come last. Ok, be an ass and ask. But I am not answering this now. Don’t snare me into defending the bona fide infidels.

The Taliban terrorists, the SSP (ASWJ) warriors, the LeJ bombers -oops, I dare not use that word, dare I say Messieurs CMs/PM? – include those who blow themselves up in the crowds and neighbourhoods and those who blow up kids’ school vans and those who behead the soldiers and those who enter the mosques and kill and those who blow up the shrines full of devotees and those who burn down houses and those …… To start with, the media and the government can stop subjecting us to their Orwellian narratives. Neither their diplomacy nor their war-making would succeed if they think that these monsters can be turned into peace-loving friends of democracy, freedom, and diversity.

This hypocrisy exposes the incapacity of the state to govern and fosters an environment propitious for radicalization. Whenever terrorists strike, the authorities make some arrests and pay lip service but do nothing to dismantle the network of the terrorists or assail their sponsors, which means that an environment for the regeneration or recruitment of terrorists is left unaddressed despite demand from mainstream religious leaders. The importance of environment, which I am talking about, is evident in the fact that almost all the suspected terrorists in the past have had experience or interaction with radical organizations like TTP, SSP etc, thus clearly establishing a connection between the terrorist and radical organizations. Notwithstanding the variety among radical groups, the interaction between active terrorists and ostensibly non-terrorist radical groups provide a supply line for indoctrination, recruitment, and training of the terrorists.

The police have discovered that many of the extremist fighters of the radicals took part in initial trainings at the facilities of TTP. Apparently, the purpose of these organizations’ participation in such training is different from the TTP’s terrorist plan. They claim that the training is meant to train volunteers to fight against India or against Israel in Palestine. Such battles, however, are not possible as going to war with India is not feasible for the country and none of these fighters have ever been found fighting in Palestine. So what matters then is the transfer of military skill and ideological exchange between the terrorists and the so-called non-terrorist radicals. The movements and madrasahs fuelling sectarianism play an important role in creating an extreme attitude that engenders, nurtures, glorifies, and eventually justifies participation in terrorist activities. Hence, the unimpeded radicalism leads to the creation of an attitude in the society that erodes tolerance. This radicalization is made possible by the weak response of the government. Sectarian rhetoric now spreads unchecked. It is ironic that in a country with a potential for identity conflict inherent in its ethnic and religious diversity, people are free to fuel sectarian hatred or animosity. Such an incitement is not secret, the public square and the street freely ooze the venom.

Like in the wake of Ahmedi mosque’s massacre in Lahore, mayhem in Gojra, and this latest incident in Lahore; radical groups get away unpunished after exercising destructive actions against minority groups. Sometimes authorities bring the perpetrators of anti-minority violence to the court; but often they are then bogged down by pressure into giving minor or no punishments. A common consequence of weakened states is that the government lacks political will, institutional authority, and organised power to provide basic functions of the state. If the state is unable to fulfil these functions, a power void will result and will lead to the rise of strong factions in societies. This is what we are witnessing in Pakistan. The void left by the weak state has meant that mainstream religious groups are held hostage by the sectarian intolerant movements. As long as the state continues its weak stance, unable to enforce law against religious militancy, radicalization will continue to erode the country’s peace and prosperity.

What matters for a strong state is consistent law enforcement against extreme activities. These include both physical activities such as violence against minorities and non-physical activities such as speeches or publications that fuel sectarian hatred. This combined with strong democratic civil society will squeeze out the room for radicalization and sectarianism and is the only hope for Pakistan’ redemption from its current predicament. 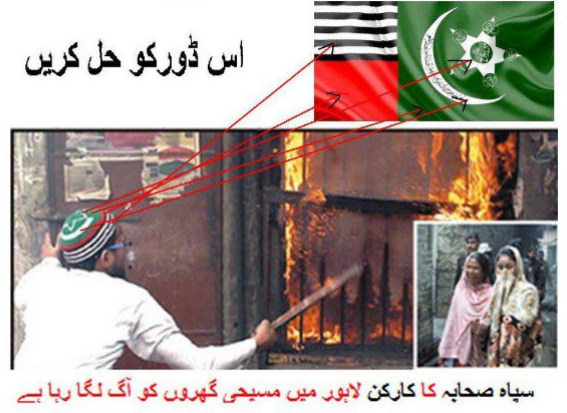