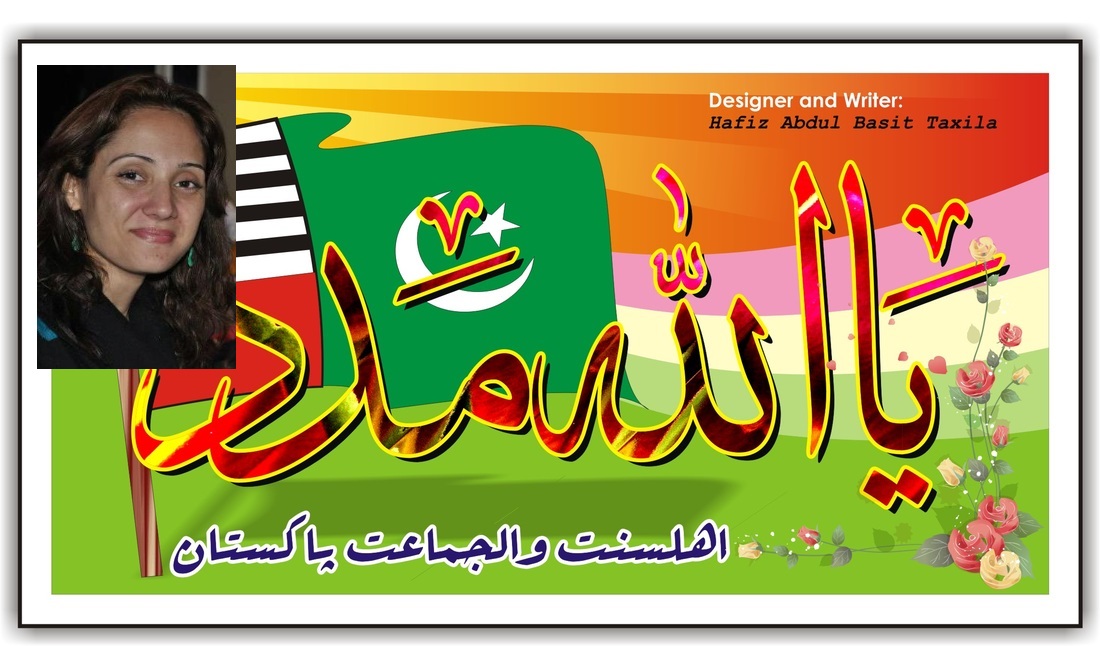 Gharidah Farooqi of Samaa TV shamelessly invited ASWJ’s General Secretary Dr. Khadim Dhillon Deobandi to her talk show, then also continued to tweet as ASWJ’s spokesperson and promoter. She seems to be on her way to join the pro establishment fake liberals ‘three ring circus’ designed to protect the strategic assets of Pakistan Army at the cost of Shia Muslims’ blood.

She seems to be joining the growing ranks of pro establishment underlings like Ali Chisti whoose priorities include presenting ASWJ aka LEJ Sipah Sahaba Taliban as messengers of peace. The creator of this menace is of course Najam Sethi who was the first one to sanitize the blood thirsty  Luhanvi by bringing him to Geo for the first time. Luhanvi admits in this footage that ASWJ is merely a name change their true mission is killing Shia Muslims.

It is obvious from the appreciation shown by ASWJ official (Sippah Sahabah LEJ)  for the tweets of Gharidah Farooqi that she is working on their agenda. 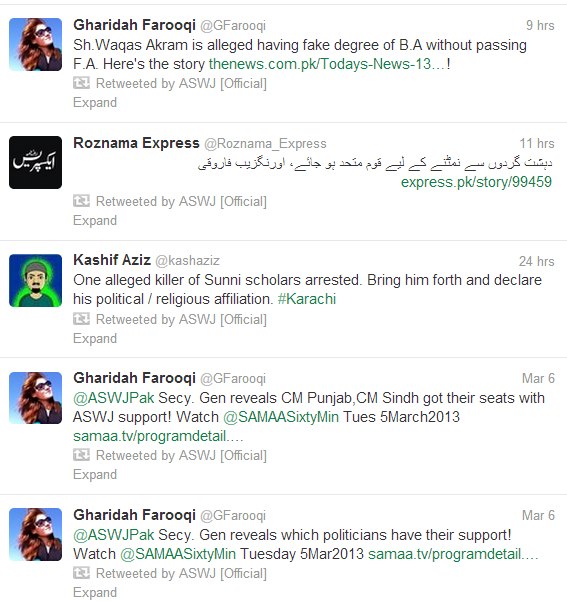 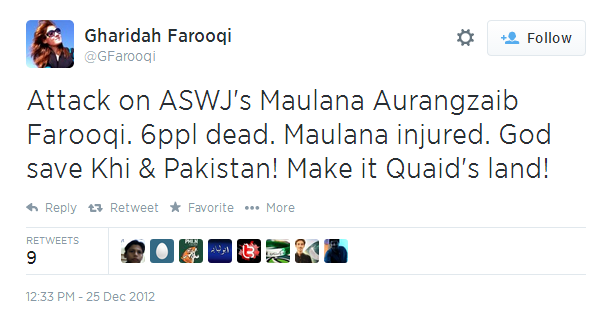 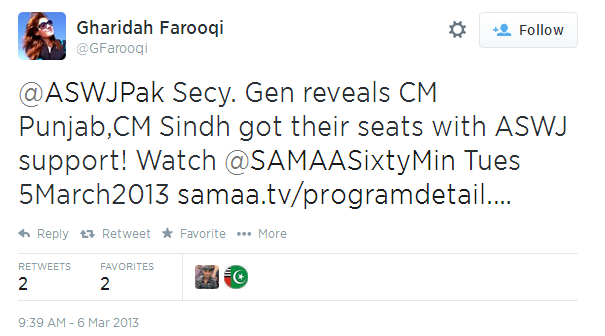 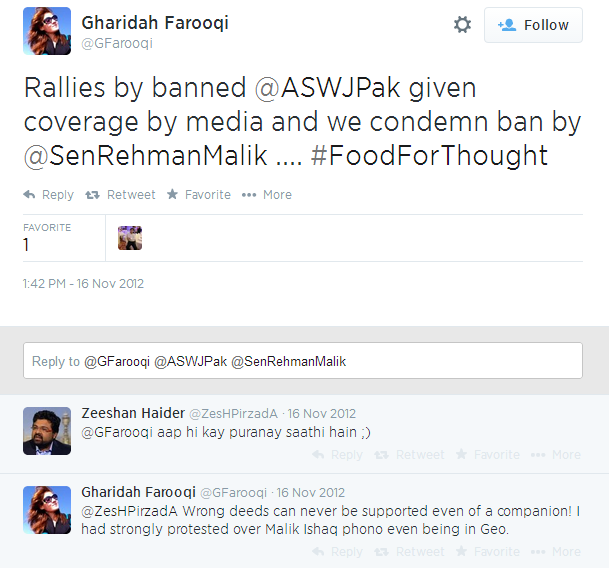 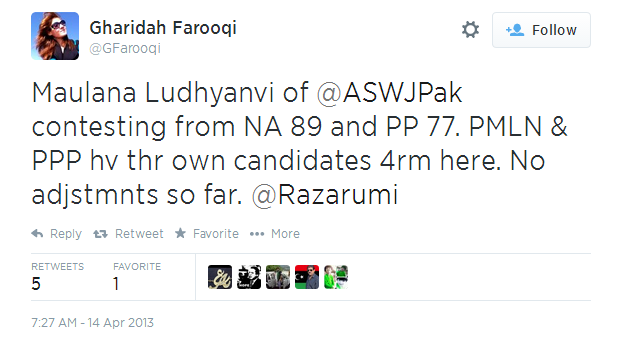 This is hate speech made by her namesake and the head of ASWJ (Sipah Sahaba Taliban LEJ) Karachi about Shia Muslims: