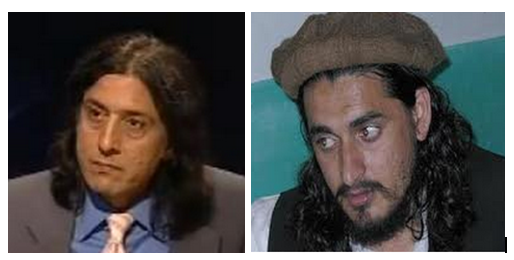 It makes my Hujjaji Syed blood boil whenever I see liberal fascist LUBP criticize Good “European” Liberals like Ejaz Haider for his advocacy of Pious Patriotic Paak Puttar Fauj. Enough is enough. In his seminal defense of Pious Patriotic Paak Puttar Fauj, Ejaz Haider informed the nation that it is not the over-extended, over-stretched and diligent Paak Army but the bloody civilian Kruppt politicians who are to blame.

While Ejaz Haider has to be careful of repercussions when he sides with the oppressed and helpless Paak Fauj, I can take some liberties as I bang away on my simple Mac Book Pro laptop in my modest shanty town 4-acre hut on Lawrence Road.

Comrade Ejaz Haider provides some details on how over-stretched the army is but the media probably censored the most important details in this issue. http://tribune.com.pk/story/512887/if-a-shia-you-are-on-your-own/ (If a Shia, you are on your own, Ejaz Haider, Express Tribune, February 26, 2013)

The army is completely stretched because nobody else is doing any work!

For starters, 87% of all army officers have to play at least 18 holes of golf every day to reduce their handicap scores.

If army has to fight Lashkar-e-Jhangvi, who will manage the Bahria Shaadi Halls?

Who will make us our breakfast cereal (Fauji Cornflakes)?

Who will write the news content (Fauji Fertilizer) for our media hain ji??

Who will do all our real estate work for us in various DHA Housing societies all over Pakistan.

PPPP Fauj has already provided us two out of three from Roti, Kapra aur Makaan – the slogan of RAW agent Bhutto! Not only this, PPP Fauj has also provided Banking, Insurance, weapons manufacturing, real estate, construction, media and Judiciary to our nation while bloody civilians have done nothing.

We always want our PPPP Fauj to do more but then who will take care of the Bader Meinoff Red Brigades in Balochistan? Do these liberal fascists have any idea how much effort it takes to tie up Baloch traitors and throw them from helicopters?

It takes a lot of effort.  Do the bloody civilians not realize that the army needs more petrol money – it’s not cheap to fly around our great patriots like Malik Ishaq Deobandi of LeJ-ASWJ.  FYI, I want to take this opportunity to once and for all quash the rumours that Malik Ishaq has to do anything with LeJ. He is actually a pacifist monk and the founder of the Beekeeper’s Association of Vihari.

These liberal fascists always want the army to do everything and if it was not for Ejaz bhai, Moeed Pirzada, Maria Sultan and Hamid Mir and the Marxist resistance outlets like GEO, AAJ and ARY, there will be no one to bring forward the army point of view.

Does anyone know of the Flock of Pigeons that has to be maintained by ISPR? Do you know how much time it takes to feed these birds with seeds and juicy bits of information to pass onto other Good Liberals like Comrade Najam Sethi?

Let me tell you, these things take up a lot of time and effort.  When the army went into Swat, they had to fight tooth and nail with the local real estate developers in order to outbid for the next Bahria development projects.  There was also the matter of the safe relocations of Mullah Nazir, Maulana Fazlullah and Mangal Bagh.

Does anyone realize how much effort it takes to protect one’s assets for the future – especially with all those drones flying about.  Instead of asking the army to provide security, the liberal fascists must blame the kruppt politicians for eating away all our money.

Our Pious Patriotic Paak Puttar Fauj is still recovering from its brave campaigns against Bengali Amazons in 1971. PPPP Fauj is still recovering from taking on the might of the Lyari O Larkana (LOL) brigade during the RAW-Mossad-Masonic Lodhi-Illuminati sponsored MRD movement in the 1980s.  In the 1990’s, PPPP Fauj took on the combined might of 330 million Hindu Titans on the snowy cliffs of Kargil. After all these brave exploits, they need rest and if Ejaz Haider wants one third of them to do that, I see no problem.  What must end is the unnecessary criticism of the armed forces and their embattled media supporters like Ejaz Haider and Najam Sethi. Enough is enough!

Like comrade Ludhianavi, I am also inspired by the efforts of an MQM liberal who proposed expanding the Blasphemy Law to squash criticism of Sahabas like Amir ul Momineen Hazrat Yazid ibne Muawiya, Bibi Hindu and Amir ul Momineen Caliph Muawiya ibne Abu Sufyan.  I propose that this Law should be combined with that Constitutional Clause inserted by Hazrat General Zia ul Haq Shaheed which forbids criticism of the Judiciary and PPPP Fauj.

I propose that the Blasphemy Law should be expanded to forbid any criticism against Good Liberals like Ejaz Haider, Najam Sethi and Hamid Mir. These are the anti-establishment writers as correctly pointed out by comrade Omar Warraich.  I am inspired by other Good Liberals who praise Najam Sethi’s show on twitter and try and praise him.   To these other Good Liberals I say this

Inshallah, one day, like Comrade Sethi, you too will get your ISPR approved Chirya (Bird)” And when that day comes, please wear a red tie and red scarf to show that you are a true Marxist supporter of PML N and MQM and that you stand with Najam Sethi – as opposed to the liberal fascists of LUBP.  I have a Dream. And that Dream is that all Good Liberals agree with each other on Twitter and promote each other.

For only when CFD-JI-TFT-KLF-SOCM12 certified liberals unite will we be able to run our NGO businesses successfully. Dissension, disagreements, questioning and alternative views are against Good Liberal principles which is why LUBP needs to be neutered even further.

I have a Dream where other Good Liberals will come out to defend their European Liberal Ejaz Haider from the twitter barbs of LUBP liberal fascists!

To evoke Faiz, that DAWN will arrive when

–          When PPPP Fauj spokesperson Anatol Lieven will no longer be harassed at KLF (ooh, my sources tell me that that has already happened, Jazakallah!)

–          When trilling Taliban Trotskyite Tariq Ali will be invited to address the Lahore Literature Festival (oh, that has happened too  – I guess I am on a roll)

–          When Sipah Sahaba Taliban and Pakistan Peoples Party – (Shahbaz Sharif Liberal Group) publicly announce their coalition and knock out that Nishapuri chap from LUBP (Yippee, I am 3 for 3).

Yeah Nisha-Puri, get some Halwa Puri at some desi shop in your Stockholm and stop bothering my friends on Twitter. Get a life and stop questioning people for supporting Lashkar-e-Jhangvi.  I am sick and tired of your support of Rafizon and Qadianis.

Now I am off to play Golf with my poor, stressed out and overworked General friends. “FORE!!!!!!!”