Home  »  Original Articles   »   Incompetence or glee over bloodshed? A comment on Christian Caryl’s article on #ShiaGenocide – by Ali Taj 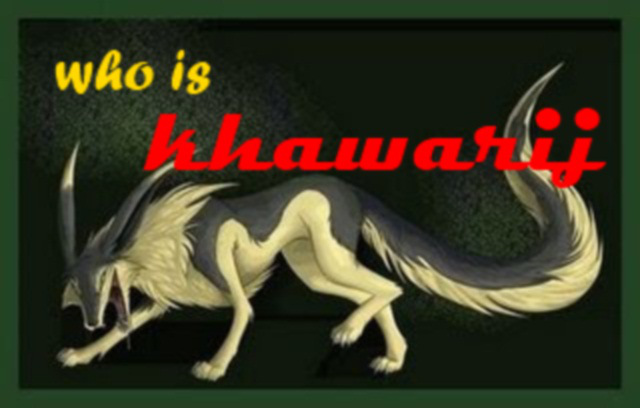 This article is in response to Christian Caryl’s article titled“Not About Us” published in Foreign Policy Magazine on February 20th in 2013.

The author is either completely unaware of the ground realities of Shia Genocide in Pakistan or is simply rejoicing at the bloodshed or even worse a combination of both.

The people doing the killing do not represent majority of peaceful Sunni Muslims but a lunatic fringe of Takfiri Deobandi (also some Wahhabi) who were initially created by the British Empire to overthrow the last caliphate of Muslims (the Ottomans). This was made successful by Lawrence of Arabia mission. The Western Alliance inherited these blood thirsty mutant warriors, renamed them the Mujahideen and used them against the Soviet Empire, as admitted by Hillary Clinton in US Congress:

Since then these lunatics have been in use by the Arab monarchies. The same lunatic thinking carried out 9/11, more recently the murder of Ambassador Stevens and of course countless terror acts in the Islamic world. Here is what main stream Sunni Muslim scholars think of these terrorists:

It’s Not About Us

Forget about the “war on terror.” The next few decades will be dominated by the bitter divide within Islam itself.

Most Westerners have heard that there’s a difference between Sunnis and Shiites, but there are very few of us who can say what it is. I hate to be the one to bring this up, but it’s probably time to start getting educated. Like it or not, the 21st century will be dominated by the political reverberations of the rivalry within Islam. The so-called “war on terror” pales in comparison. If anyone had any doubt about this, just take a look at the recent headlines. Earlier this week, 89 Shiite Hazaras were killed in a bombing in the city of Quetta in Pakistan. Pakistani’s 30 million Shiites (the second-largest population in the world, right after Iran) are increasing targets of persecution by the country’s Sunni majority. Another attack five weeks earlier killed 100 other Shiites in the same city.

The very same day as the Quetta bombing, six car bombs and three roadside explosions killed 21 people in Baghdad. All of the attacks targeted Shiite neighborhoods. Some 60 percent of Iraqis are Shiites, but that only seems to fuel the sectarian violence there, which has been going on now for almost seven years. Most of the attacks have been staged by terrorist groups like al Qaeda, who regard Shiites as heretics and claim to speak for the Sunni minority that has dominated the political system for much of the country’s modern history. Many Sunni Iraqis still haven’t reconciled themselves to being ruled by Shiites, people they often don’t consider to be “real” Muslims. Sunnis are now vowing to organize politically to defend their claims.

The Shiite-Sunni split is also a major factor in Syria’s continuing civil war. President Bashar al-Assad belongs to the Alawite sect, which practices a distinct version of Islam that is close to Shiism. Even though the Alawites amount to a mere 15 percent of the population, they have long been a pillar of Assad family rule. This sectarian factor has reinforced the Assad regime’s close alliance with the Shiite regime in Tehran — and also fuels the hatred felt by members of the conservative Sunni majority towards the regime in Damascus.

So why should non-Muslims care? Because the dynamic of mutual hatred and distrust between the two camps shows every sign of intensifying — and given that 1 billion believers are caught up within this theological and demographical battle, the rest of us are bound to feel the shock waves. (The United States, for example, continues to prop up the Sunni royal families in Bahrain and Saudi Arabia, both of which are still suppressing lingering Shiite rebellions by the most brutal of means. And let’s not forget Iran’s efforts to build the first Shiite nuclear bomb.)
http://www.foreignpolicy.com/articles/2013/02/20/its_not_about_us

Here are some comments on social media

WOW – The article starts telling us how Shia are being persecuted and killed in Pakistan, in Iraq, in Bahrain and elsewhere. Then tells us how they are labelled heretics almost everywhere and that Taliban and Al-Qaeda hate Shia more than anything else.

And this is the solution as concluding remarks:

Reform of the revolutionary regime in Iran could theoretically moderate Tehran’s role in fomenting Shiite activism abroad. And collapse of the Assad regime, followed by a “smooth transition in Syria,” would deprive the Iranians of one of their most important regional partners and cut them off from access to their Hezbollah allies in Lebanon, thus forcing them to scale back their ambitions. Needless to say, neither of these possibilities appears especially likely any time soon. So we’re probably well-advised to expect the worst.

Basically we need both Iranian and Syrian regimes to fall for Shia persecution to end and Shia activism across the globe is reason for their killing. That’s cute! And Shia in Pakistan are (naturally) being killed for their most likely support for theocratic Iran?

It is a poorly written comment -not an essay or an article- by a person who is not solidly informed in the matter. Apart from the fact the author gleefully looks at the prospect of Muslims killing Muslims.