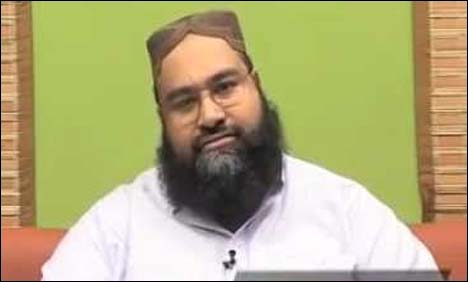 We commend Molana Tahir Ashrafi for this bold statement and hope he will also realize that LeJ and ASWJ are two names of the same terrorist group. Indeed we need more Deobandi Ulema to come out and make such statements against Takfiri terrorists of ASWJL-LeJ who are not only killing Shia Muslims but also moderate Sunni Muslims. We invite Molana Fazul Rehman, Molana Taqi Usmani, Molana Hanfi Jallandhri and Molana Samiul Haq to stand shoulder to shoulder with Tahir Ashrafi and demand the confessed killers of LEJ-ASWJ be hanged immediately.

History tells us that the base word of “Barbariyat” or Barbarian was extracted from a tribe “BARBAR” this tribe was extremely brutal, evil and cruel to all those whom they disagree with, and due to their extreme killings and prosecution of innocent people, historians replaced the word Zulm with the name “Barbar” tribe, and since then Zulm and brutality is knows as Barbariyat or Barbarians……

Now it is time for our Wahabi, Deobandi, Salafi brothers to think twice what is going on in their names, I know a good majority of Deobandi, Salafi and Wahabi don’t agree with Shia Muslim killings in and around Pakistan but it is high time for them to stand up and get rid of black sheep and Terrorist from their lines and save their faith and project that Islam is Peace not Barbariyat.

And if they do not come out and didn’t do any thing about this Shia Muslim Killings in (Pakistan, Iraq, Afghanistan, Syria, Egypt, Saudi Arabia, Tunisia, Libya) then history will replace the word Zulm/Brutality/Terrorism with Deobandi/Salafi as history did to Barbar tribe.

Lets start with your mosque/Islamic Center and stop hatred for other Shia/Sunni Muslims, and spread the word of Peace.