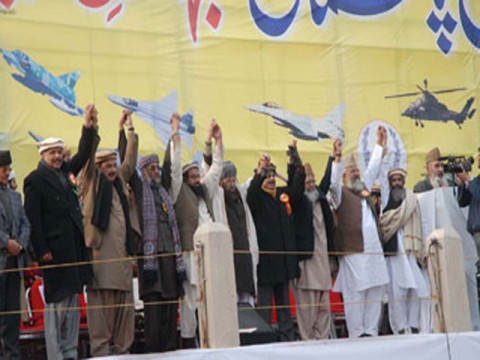 I condemn this article by LUBP fascists who are out to defame the Pro Taliban Liberals of Pakistan. https://lubpak.com/archives/243673

I still remember the heady days of 2009 when Good Liberals of Pakistan marched with JI, ASWJ/LeJ/Lal Masjid and Chacha Morpheus aka General Hamid Gul to reinstate Hazrat Iftikhar Chaudhary, The Liberator of Malik Ishaq.

On the other hand, there are these bad liberal fascists like LUBP who are standing with protestors in Shahbag Junction, Bangladesh and who are always badmouthing Taliban and LeJ. Shame on you LUBP. Take a lesson from Good Liberals and Jamaat Islami of Pakistan and blame the Shias themselves for their fate. Also don’t say mean things about such sensitive souls like LeJ. https://lubpak.com/archives/243673