In this brief post, I show case some of the most acrimonious comments against LUBP by some Shia (yes Shia) activists of Shia religio-political parties MWM and SUC.

It is my considered opinion that were it not for the effective and continued advocacy by the LUBP (started in May 2008), Pakistan Blogzine (started in 2010) and on a later stage Shia Killing (started in 2011), Karbala-e-Quetta (2011), World Shia Forum (2012) etc, many Pakistanis living overseas would have remained unaware of the enormous scale of Shia genocide that has been taking place in Pakistan since mid-1980s.

In fact, it is the joint activism by LUBP and other activist web sites that the discourse of Shia genocide has infiltrated into Pakistani and international media, and instead of Sunni-Shia sectarian or Hazara-specific ethnic discourse, the attention, to some extent, is now paid to the Saudi-paid, Pakistan army-sponsored Takfiri Deobandi militants of Sipah Sahaba Taliban (SST).

While LUBP has challenged the ISI-sponsored Deobandi and, to a lesser extent, Wahhabi mullahs, it has also challenged the ISI-infected Shia mullahs of MWM (Raja Nasir Abbas etc) and SUC (Sajid Naqvi etc) who continue to parrot anti-India, anti-US, anti-Israel, anti-Wahhabi discourse to deflect attention from the real killers of Pakistani Shias and Sunnis, i.e., ISI-sponsored Deobandi militants of Sipah Sahaba Taliban.

It is, therefore, no surprise that, on Twitter and facebook, some social media activists (with little following) of ISI-infected parties MWM and SUC etc are denying the Shia identity of some LUBP activists (which is not much different from the Takfeer done by the Sipah Sahaba) as well as using all types of dirty language against LUBP editors, while defending the honour of army chief General Kayani, ISI-sponsored HDP, ISI-sponsored Jamaat Islami, anti-Shia Hamas, and ISI-infected Shia Mullahs.

As a migrant Shia Muslim from Pakistan currently living in Ontario Canada, I thank LUBP, and encourage its editors to remain steadfast against the ISI-sponsored Deobandi militants and ISI-sponsored Shia mullahs. May Allah, Prophet Muhammad and Maula Ali be with you. 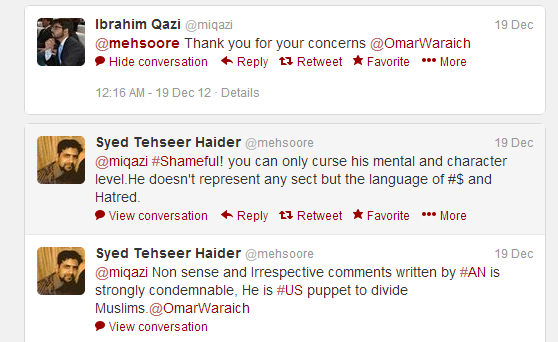 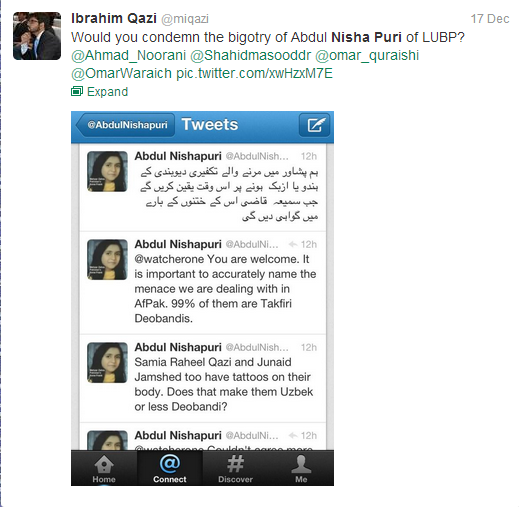 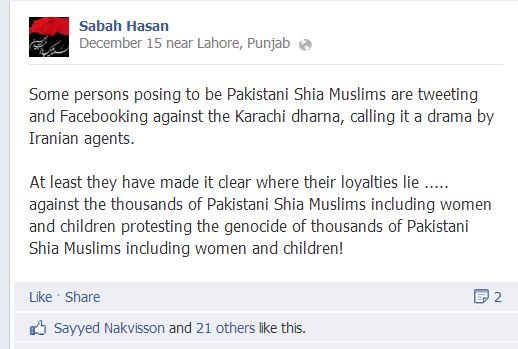 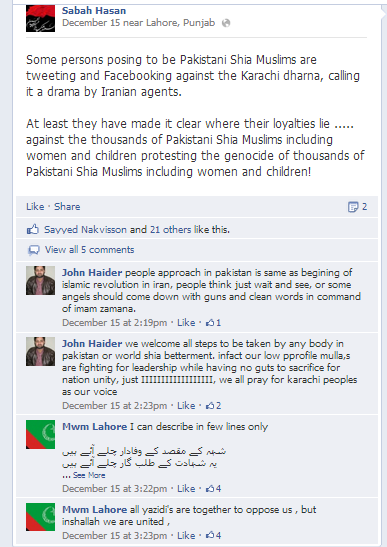