Critical analysts of terrorism and terrorist ideology in Pakistan, Afghanistan and broader South Asia are aware of the fact that Pakistan army-sponsored Taliban militants (who later occupied Kabul in Qandahar) originated in Deobandi seminaries (madrassas) of Akora Khattak (of Maulana Sami-ul-Haq), Karachi (of Mufti Taqi Usmani and Mufti Naeem), Multan (of Maulana Hanif Jalandhri) and D.I.Khan (of Maulana Fazlur-Rehman).

While Taliban have a proper organization in Afghanistan under the leadership of Mullah Omar and also in tribal areas of Pakistan (FATA) under the leadership of Hakeemullah Mehsdu and Jalaluddin Haqqani, Taliban do not have such organizational structure or presence in other areas of Pakistan, i.e., Punjab, Sindh, Balochistan, Khyber Pakhtunkhwa, Gilgit Baltistan, Kashmir etc.

However, that does not mean that the Taliban are not present in those areas. Hundreds of attacks in Karachi, Quetta, Gilgit Baltitsan, D.I.Khan, Peshawar, Lahore, Rawalpindi, Gilgit, Muzaffarabad etc have been carried out by Takfiri Deobandi militants against Sunni Barelvi (Sufi) shrine, Shia processions and mosques, Ahmadis, Christians, Pakistani army, police, political leaders etc. How’s that possible if the Taliban are not present in those areas? The answer is simple but it blatantly and most dishonestly ignored or twisted by Pakistani and international media. In all cities and towns of Pakistan, there are Deeobandi mosques and madrassas. At least one Deobandi madrassa and mosque in each town or city is owned or controlled by Sipah Sahaba. In other words, organizational structure, mosques, madrassahs, members of Sipah Sahaba provide the much needed structure and resources to the Taliban in settled areas of Pakistan.

I other words, for all practical purposes, Taliban and Sipah Sahaba represent one and same organization, with overlapping membership, and shared goals. The groups is known as Taliban in Afghanistan and FATA, however, the same group operates as Sipah Sahaba (or ASWJ & LeJ) in settled areas of Pakistan.

Recently, The Economist too has published an article on this topic: The growing links between Taliban and Deobandi Sipah-e-Sahaba in Pakistan – The Economist article https://lubpak.com/archives/231967

Also, refer to Fahd Khan’s excellent piece which shows that Takfiri Deobandis are responsible for more than 90% of terrorist activities in Pakistan. https://lubpak.com/archives/231552

All of us are aware of the fact that Taliban is an affiliate, in fact a sub-group, of Al Qaeda. It is, therefore, no surprise that Sipah Sahaba Deobandi militants too treat Mullah Umar, Osama bin Laden and Ayman Al Zwahiri as their leaders. For example, see this report in Express Tribune which describes how Deobandi leaders of Sipah Sahaba mourn the death of Takfiri terrorist leader of Al Qaeda Osama bin Laden:

KARACHI/LAHORE: Senior clerics, mostly belonging to the Deobandi sect, have come out strongly against reports of al Qaeda chief Osama Bin Laden’s death. Chief of the proscribed Sipah-e-Sahaba Pakistan (SSP), which has been renamed Ahle Sunnat Wal Jamaat, Maulana Muhammad Ahmed Ludhianvi has strongly condemned what he called “illegal interference into Pakistani territory” by American military forces and termed Bin Laden’s death an “act of martyrdom”. Ludhianvi questioned the need for killing Osama when he could ‘easily’ have been captured alive. He said that, like every other Muslim in the world, he too supported Osama’s declared opposition to “Dunya-e-Kufr” (land of infidels).

Jamia Binoria Karachi’s senior Deobandi cleric Mufti Muhammad Naeem said that individuals die but the movement they leave behind continues on. “I think Sheikh Osama’s death won’t have any effect on his movement,” he said.

Senior Deobandi cleric and leader of Jamiat Ulema-i-Islam-Sami (JUI-S) Maulana Asad Thanvi said one shouldn’t forget the sacrifices that Bin Laden made in the global jihad against Soviet forces in Afghanistan in the 1980s, adding that Bin Laden’s role in the 9/11 attacks was never proved.

Meanwhile, in Lahore, proscribed Jamaatud Dawa (JuD) of Salafist/Wahhabi Muslims also condemned the killing and termed it “martyrdom after a courageous retaliation” with US forces. JuD head Hafiz Saeed also held a funeral in absentia for Bin Laden at Markizul Qadsia in Lahore, in the presence of hundreds of JuD activists.

Jamaat-i-Islami Chief Munawar Hasan condemned Prime Minister Gilani’s statement endorsing the US action and said this only showed how rulers were happy on being US slaves. “Islamabad’s reaction is totally ignorant of the nation’s mood as the nation is in a state of shock,” he said. http://tribune.com.pk/story/160786/ssp-jud-call-osama-bin-laden-a-martyr/

Note: Copy of conversation on a Deobandi website between two Deobandi supporters of Sipah Sahaba in which they admit that Sipah Sahaba have given most sacrifices in Jihadist terrorism in Kashmir and Afghanistan. The exchange also shows that Deobandi militants hate both Shias and Sunni Barelvis. 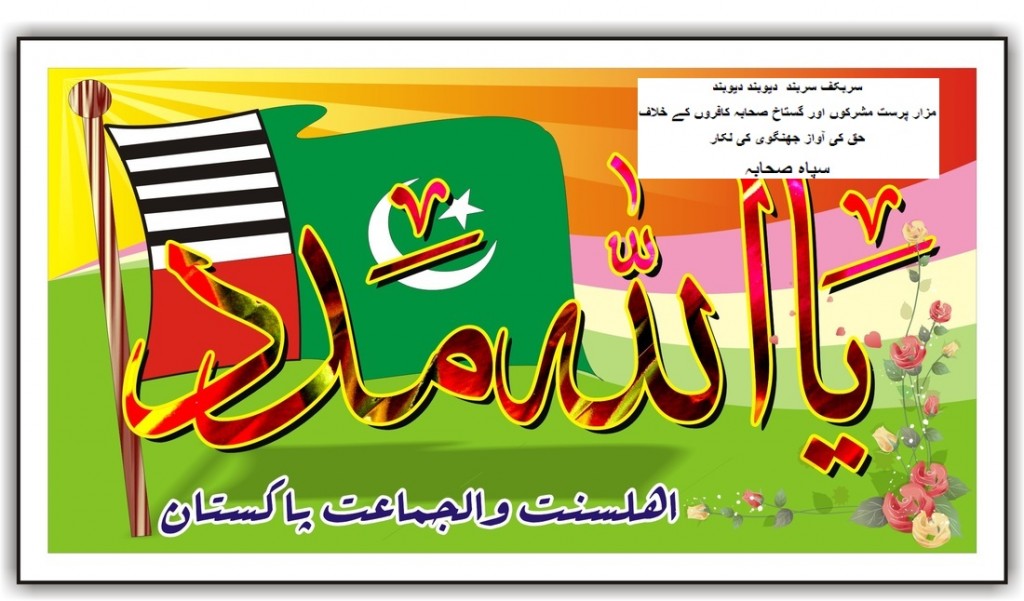