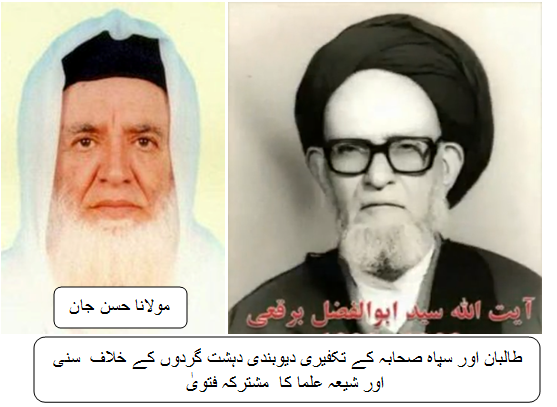 Related post: Resistance to #ShiaGenocide in Pakistan is a human right, in fact a moral duty!

It may be noted that Ayatollah Burqei passed away last year while Maulana Hasan Jan was killed by Takfiri Deobandi terrorists in 2007. The fatwa was jointly signed by both clerics in 2007 a few weeks before Maulana Jan’s assassination in Peshawar. It was not released during life time of the clerics in view of their personal safety and security.