Home  »  Original Articles • Urdu Articles   »   For Ansar Abbasi and Jang, every day is an April Fools Day! – by Arbab Zaheer 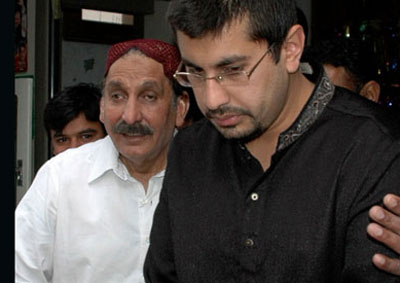 For Ansar Abbasi and Jang, every day is an April Fools Day!

That’s what I thought when I read his out of context note on Thursday, September 27, 2012 titled “CJ kay khilaf aik aur ‘dhamakay’ kee sazish!” in Jang.

Usually, his loose thoughts appear on Mondays but it is just not understandable why he’d act as his CJ’s spokesman today. Last time, when the CJ’s Son-gate was about to come to the market, it was Shaheen Sehbai and Kamran Khan who pre-empted the scandal and came up with their permutations. The result was a disaster. Just like all politicians who are always on target, the CJ’s files are open now after the allegations of major misappropriations and corruption by his son in the name of his father.

Reading today’s articles, I want to share some of the funny thoughts of Ansar Abbasi:

– CJ is standing like a rock (“tan-tanha”) against krupshion. He has taken on all bigwigs in the country (“Takkar lenay kee thaan lee hay”)

– CJ didn’t meet his son on Eid. CJ spent eid in Quetta while Arsalan spent eid with his mother and sisters in Lahore. (I guess, the mother is for sure siding with his son than the honest husband)

– General Kayani has admonished the use of ISI for personal businesses by some of his “professional brothers” after involvement of the apex investigating agency was linked to the apex court’s CJ’s apex son!

Jang Group in general and Ansar Abbasi in particular should stop being CJ’s spokesman. This man is the biggest politician in Pakistan and is out to destroy things for his own whims and fancies!