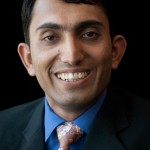 The sectarian war in Pakistan between militant Sunni and unarmed Shia Muslims is turning uglier by the day. [LUBP editor’s note: Sectarian war is not the right term to describe Shia genocide in Pakistan. It’s inaccurate to describe Takfiri Deobandi militants as Sunnis because majority of Sunnis including Sunni Barelvis and moderate Deobandis have dissociated from LeJ and also because in addition to killing thousands of Shias, Takfiri Deobandis have also killed hundreds of moderate Sunni Muslims.]  A bomb blast targeting Shia pilgrims on September 18 in southwestern Balochistan province killed three people and also injured security guards who were officially assigned to protect the pilgrims from a terrorist attack. Sectarian offensives are expected every day but thwarted very infrequently.

The Lashkar-e-Jhangvi (LeJ), an underground Sunni [Takfiri Deobandi] extremist group that allegedly receives support from units of Pakistani intelligence agencies, has accepted responsibility for most of such attacks in the recent past.

The LeJ [currently operating as Ahle Sunnat Wal Jamaat ASWJ] has extraordinarily increased its violent operations during this year. It has emerged as a dangerous force after succeeding in recruiting a new cadre of homegrown extremists. The freshly inducted fighters enjoy unmatched knowledge of local geography and safe hideouts. They are sophisticated shooters who are deeply motivated to live and die for what they deem as a “religious cause.” Theirs is a cause designed to cleanse Pakistan of Shias.

The LeJ asks Shias to either quit Pakistan or convert into Sunni Islam. Both of the demands seem unacceptable considering the fact that Pakistan has the world’s second highest Shia population. Many Shias serve as top-ranking professionals and enormously contribute to Pakistan’s politics and economy.

The LeJ is rising as a confident, self-reliant, invincible and ambitious power that will lead in the near future Balochistan’s march toward Islamization and expulsion or persecution of religious and sectarian minorities. There are scores of reasons why we should fear the rapid rise of the LeJ and Pakistani government’s inaction against it.

Pakistan’s handling of the LeJ is very similar to its disastrous experience of dealing with the Pakistani Taliban during the initial days. The country’s security establishment created and patronized radical Islamic groups but kept underestimating them until they transformed into such monsters that become impossible to micromanage or dismantle. [There is plenty of evidence that LeJ and Taliban have blurry boundaries, close cooperation and overlapping membership. In fact, all of the Punjabi Taliban are also members of the Sipah-e-Sahaba aka LeJ or ASWJ.]

On August 30, the LeJ target killed Zulfiqar Hussain Naqvi, a judge in Quetta, the capital of Balochistan province, along with his driver and security guard.

Besides sectarian reasons, the larger motivation behind Mr. Naqvi’s killing was to intimidate and influence government institutions. Extremist groups carry out such attacks to dissuade government personnel from participating in counter-terrorism operations.

A LeJ spokesman says his organization would even target the Chief Justice of Pakistan if he takes stern action against some of the organization’s detained operatives.

“Any judge who sentences our arrested activists will meet the fate of Naqvi,” the spokesman warned in a statement published in the local media, “the Chief Justice and all other judges will be on our hit-list if they harden their attitude toward our activists whose cases are currently pending in the courts. We do not only issue warnings but also do what we warn to do.”

It turned out to be true.

Only a week after murdering Judge Naqvi, the LeJ killed a top police officer in Quetta on September 7, 2012. The slain officer, Jamil Ahmed Kakar, had newly been promoted as the superintendent of police (Investigation branch). Colleagues in the police department and foes in the LeJ unanimously agree that Mr. Kakar was instrumental in painstakingly investigating the Lashkar’s activities and taking action against key leaders of the terrorist outfit.

“Jamil Kakar was involved in the martyrdom of our colleagues,” confirmed the LeJ spokesman.

LeJ’s dramatic rise is perturbing for the following reasons.

All top LeJ commanders in Balochistan come from lower-middle class Baloch families. The Balochs have historically remained a secular people with rare connections with forces that fought in the name of religion. Hundreds of Muslim religious schools established across Balochistan with the covert funding of Saudi Arabia and Pakistani government to counter the ongoing Baloch separatist movement richly provide manpower to Muslim extremist groups.

Left-wing Baloch nationalists admit that self- Jihadist groups are actively engaged in employing young Balochs from religious schools for their unholy battles. The regional nationalists describe this phenomenon as a “deliberate policy” of the Pakistani intelligence agencies to undermine their movement. Radical Islam, they say, is used as an antidote to address mounting anti-Pakistan sentiments in Balochistan.

At present, there are no overt tensions between Baloch nationalists and neo-Jihadists in the Baloch-populated districts. The nationalists say they are already engaged in a full-fledged battle against the Pakistani government and cannot afford to open another front against extremist Islamic groups. But the current non-interference policy in each other’s operations may not last long. Tensions have been brewing, although slowly.

According to LeJ accounts, all of the organization’s key leaders come from Baloch families.

The growth of Sunni [Deobandi-Salafi] extremism has come with new dimensions and fresh techniques of terrorism. For example, direct suicide blasts on Shia processions reduced in 2012 but the year witnessed an upsurge in mass killings of Shia pilgrims by intercepting passenger buses in various parts of Balochistan. The LeJ is actively involved in attacks on NATO supplies, too. In 2010, as many as 34 drivers were killed in Balochistan while attempting to transport goods to foreign forces stationed in Afghanistan.

The LeJ is steadily growing so big in Balochistan that, at one point, it will start considering its anti-Shia operations as an inadequate match with its huge infrastructure and extended network of operatives and sanctuaries. The organization is already closely connected with Taliban in Afghanistan and has renewed connections with Jundullah, the anti-Iran Sunni militant group. In common, all these groups share abhorrence for the Shias.

The sectarian killers are, in fact, Pakistan’s other Taliban. Most of their top leaders do not face official action. They roam freely and make hate speeches across the country and incite violence against the Shias.

After the persecution of its chief, Abdolmalek Rigi, in the summer of 2010 by the Iranian authorities, Jundullah is too weak to continue with the robust suicide blasts it once used to conduct in Iranian cities under the leadership of Rigi. So, the Jundullah now continues (what Cricket fans call) ‘net practice’ with LeJ inside Pakistan until it fully regains the lost strength. [A few days ago, death of a local leader of LeJ-ASWJ was jointly mourned by Baloch nationalists and Sipah-e-Sahaba. The slain person was an activist of Baloch Republican Party and Sipah-e-Sahaba.]

While the forces of Islamization consolidate their grip in Balochistan, there seems little interest on the part of the government or the regional opposition parties to cooperate with each other to collectively fight religious extremism. Promoting radicals may temporarily assist Pakistani government in fighting the nationalist-separatist insurgency but, in the long run, it is going to multiply the causes of unrest in Balochistan, making conflict resolution further impossible.