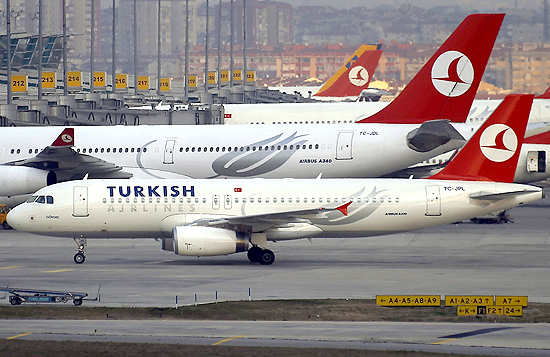 Related post: Takfiri militants from Pakistan are fighting in Syria with an anti-Semitic cause – by Kapil Komireddi

By acting as a willing accomplice in global Saudi Salafi Jihadist project, Turkey is digging its own grave. Turkey in 2012 is playing the same role against Assad regime in Syria as Pakistan played in 1980s against Communist regime in Afghanistan. Not unlike the so called Afghan Jihad, USA and Saudi Arabia are jointly sponsoring a radical Takfiri Salafist Jihad to install an Islamist regime in Damascus. Not unlike Pakistan, Turkey too has a bleak future ahead. The days are not far when Takfiri Salafists will start spreading hatred and perpetrating violence against moderate Sunni Muslims, Sufis, Shiites and other minority groups. In particular, Shia Alavites of Trukey (25% of Turkey’s population) will face the same fate which Twelver Shiite are currently facing in Pakistan, i.e., a gradual genocide. It is high time that the people of Turkey should hold their elected government responsible for sponsoring a Takfiri Salafist Jihad project in Syria which involves war crimes and violence against innocent civilians and government employees. Pakistan government, Pakistan Army in particular, must act urgently to stop the export of Takfiri Salafists and Takfiri Deobandis to Syria via Turkey.

Turkish Airline Flying Al-Qaeda from Pakistan to Syrian Borders
TEHRAN (FNA)- Turkey’s national air carrier, Turkish Air, has been transiting Al-Qaeda and Taliban militants from North Waziristan in Pakistan to the Turkish borders with Syria, sources revealed on Saturday, mentioning that the last group were flown to Hatay on a Turkish Air Airbus flight No. 709 on September 10, 2012.

“The Turkish intelligence agency sent 93 Al-Qaeda and Taliban terrorists from Waziristan to Hatay province near the border with Syria on a Turkish Air Airbus flight No. 709 on September 10, 2012 and via the Karachi-Istanbul flight route,” the source told FNA on Saturday, adding that the flight had a short stop in Istanbul.

The 93 terrorists transited to the Turkish border with Syria included Al-Qaeda militants from Saudi Arabia, Kuwait, Yemen, Pakistan, Afghanistan and a group of Arabs residing in Waziristan, he added.

The source, who asked to remain anonymous due to the sensitivity of his information, further revealed that the Turkish intelligence agency is coordinating its measures with the CIA and the Saudi and Qatari secret services.

FNA dispatches from Pakistan said new al-Qaeda members were trained in North Waziristan until a few days ago and then sent to Syria, but now they are transferring their command center to the borders between Turkey and Syria as a first step to be followed by a last move directly into the restive parts of Syria on the other side of the border.

The al-Qaeda, backed by Turkey, the US and its regional Arab allies, had set up a new camp in Northern Waziristan in Pakistan to train Salafi and Jihadi terrorists and dispatched them to Syria via Turkish borders.

“A new Al-Qaeda has been created in the region through the financial and logistical backup of Turkey, Saudi Arabia, Qatar and a number of western states, specially the US,” a source told FNA earlier this month.

Ali Mahdian told FNA that the US and the British governments have been playing with the al-Qaeda through their Arab proxy regimes in the region in a bid to materialize their goals, specially in Syria.

He said the Saudi and Qatari regimes serve as interlocutors to facilitate the CIA and MI6 plans in Syria through instigating terrorist operations by Salafi and Arab Jihadi groups, adding that the terrorists do not know that they actually exercise the US plans.

“Turkey has also been misusing extremist Salafis and Al-Qaeda terrorists to intensify the crisis in Syria and it has recently augmented its efforts in this regard by helping the new Al-Qaeda branch set up a camp in Northern Waziristan in Pakistan to train Al-Qaeda and Taliban members as well as Turkish Salafis and Arab Jihadis who are later sent to Syria for terrorist operations,” said the source.

He said the camp in Waziristan is not just a training center, but a command center for terrorist operations against Syria.

Yet, the source said the US and Britain are looking at the new Al-Qaeda force as an instrument to attain their goals and do not intend to support them to ascend to power, “because if Salafi elements in Syria ascend to power, they will create many problems for the US, the Western states and Turkey in future”.

“Thus, the US, Britain and Turkey are looking at the Al-Qaeda as a tactical instrument,” he said, and warned of the regional and global repercussions of the US and Turkish aid to the Al-Qaeda and Salafi groups.

“Unfortunately, these group of countries have just focused on the short-term benefits that the Salafis and the Al-Qaeda can provide for them and ignore the perils of this support in the long run,” he said.

“At present, the western countries, specially Britain which hosts and controls the Jihadi Salafi groups throughout the world are paving the ground for these extremists to leave their homes – mostly in Qatar, Saudi Arabia, Kuwait and the Untied Arab Emirates (UAE) as well as those who live in Europe and the US – for Waziristan,” the source added.

In relevant remarks, Syrian Prime Minister Wael al-Halqi last week blamed certain states, the Salafis and the Al-Qaeda for terrorist operations which have claimed the lives of thousands of people in his country, and said terrorist groups supported by certain foreign actors are misusing differences in his country to bring Syria into turmoil.

Addressing the 16th heads-of-state summit of the Non-Aligned Movement (NAM) here in Tehran on Thursday, the Syrian premier noted terrorist attacks on his nation, and said the “terrorists are backed up by certain foreign states”.

“Many countries allege to be supporting peaceful solutions in Syria, but they oppose Annan’s plan in practice,” he said, and cautioned, “The responsibility for the failure of this plan lies on their shoulder as they strove to keep the Syrian crisis going and falsified events.”

“The world should know that the Syrian crisis, in fact, rises from foreign meddling. Certain well-known countries from inside and outside the region are seeking instability of Syria,” the Syrian prime minister complained.

Elaborating on the recent developments in Syria, al-Halqi said, “It has been proved that foreign-backed terrorist groups have been misusing events and killing the innocent people.”

“These terrorists include Salafis and Al-Qaeda Takfiri groups,” he reiterated, and added, “Those states that support terrorism and oppose talks should be given moral and economic punishments as they are part of the problem in Syria.”

Syria has been experiencing unrest since March 2011 with organized attacks by well-armed gangs against Syrian police forces and border guards being reported across the country.

In October, calm was eventually restored in the Arab state after President Assad started a reform initiative in the country, but Israel, the US and its Arab allies are seeking hard to bring the country into chaos through any possible means. Tel Aviv, Washington and some Arab capitals have been staging various plots in the hope of stirring unrests in Syria once again.

The US and its western and regional allies have long sought to topple Bashar al-Assad and his ruling system. Media reports said that the Syrian rebels and terrorist groups have received significantly more and better weapons in recent weeks, a crime paid for by the Persian Gulf Arab states and coordinated by the United States.

The US daily, Washington Post, reported in May that the Syrian rebels and terrorist groups battling the President Bashar al-Assad’s government have received significantly more and better weapons in recent weeks, a crime paid for by the Persian Gulf Arab states and coordinated by the United States.

The newspaper, quoting opposition activists and US and foreign officials, reported that Obama administration officials emphasized the administration has expanded contacts with opposition military forces to provide the Persian Gulf nations with assessments of rebel credibility and command-and-control infrastructure.

Opposition activists who several months ago said the rebels were running out of ammunition said in May that the flow of weapons – most bought on the black market in neighboring countries or from elements of the Syrian military in the past – has significantly increased after a decision by Saudi Arabia, Qatar and other Persian Gulf states to provide millions of dollars in funding each month. 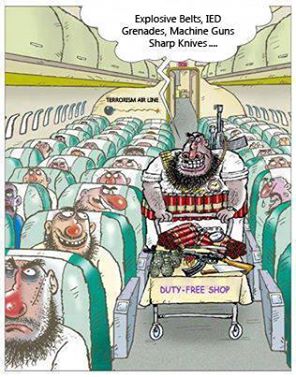