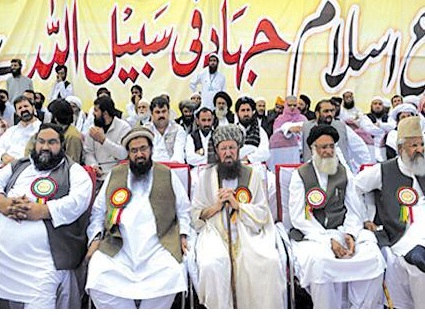 Pakistan Army nurtures and protects the Deobandi-Wahhabi Jihadis as its proxy warriors. 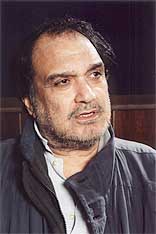 Today, Shiite Muslims are most target killed faith group in Pakistan’s entire history. According to an estimate, at least 19,000 Shia have been killed due to their faith/sect so far in what can be described as a slow-motion genocide. The very terrorists who are killing Shiiites have also killed thousands of Sunni Barelvis and dozens of Ahmadis, Christians and moderate Deobandis to enforce their narrow Jihadi-sectarian views on others.

The Shia are being killed all over Pakistan like lambs at the slaughter house without much disturbance among the Sunni community which leans on anti-Americanism to favour the Taliban and their ancillary warriors originally prepared by the Army against India.

The Shia are not named as a minority in the national census but are informally considered to be nearly 30 percent of the total population. A storm is brewing against them in the Middle East, and Pakistan could be considered as a country where it all began with the help of the state of Pakistan which nurtured the Shia-hating Deobandis and allowed its personnel in the intelligence agencies handling the covert war to be reverse-indoctrinated.

The al Qaeda-linked Lashkar Jhangvi (LeJ, currently operating as Ahle Sunnat Wal Jamaat ASWJ) in August 2012 published a gruesome video on jihadist internet showing the beheading of two Shia. In a statement that accompanied the video on one of the forums (Jamia Hafsa), a jihadist said Lashkar Jhangvi is part of al Qaeda and the Taliban. Two of the Lashkar fighters then pulled out knives, and proceeded to behead the Shia men. The victims’ heads were then placed on their laps. The warriors wiped their knives on the clothes of the slain men.

The politicians turn their face away; the judges are scared of the clerical backlash. Pakistan as a state is decaying and is eating its minorities first. Before it becomes a pre-modern hell under Al Qaeda and its followers, it has to accomplish the task begun with the decimation of the Shia: it will eat its Sunni Muslims too. The Jihad-trained Deobandi-Wahhabi Muslims are much more powerful, well equipped than the impoverished Sunni Barelvi community. For the non-Muslims it is a prison from which there is no escape.

Pakistan was always dicey with its minorities because of its ideology, but today it is killing its Muslim and non-Muslim minorities because it is killing itself as a state. The people who have undertaken this destruction have originated in the state of the Muslim mind today across the Islamic world, but their midwife in Pakistan was the Army which nurtured them as the state’s proxy warriors and then surrendered to them its monopoly of violence.

Source: Adapted and edited from The Friday Times