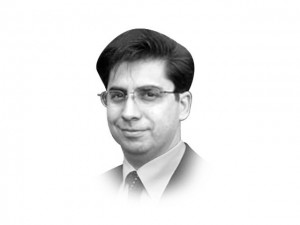 Pakistan army outsources the Defence of Pakistan to killers of Shias, Ahmadis and Christians

Note: The following post is slightly edited and adapted from Express Tribune, August 29, 2012. to remove some minor omissions and inconsistencies in the original article. It is important to read this article in conjunction with the comment provided at the end.

Pakistan’s slow-motion slide into sectarian hell has, so far, met with studied silence from all the major political players.

The fact of the matter is that the armed forces are a pluralistic institution. Our officer corps includes not just Muslims of every shade but also Christians, Parsis and even Ahmadis. More importantly, while Shias form 25 per cent of Pakistan’s population, there is some evidence that they form an even larger part of the officer cadre. The Army may, therefore, be able to survive the day when Muslims refuse to obey Christians. But it will not survive the day when Sunnis refuse to obey Shias. Assuming that the Army knows this, the question arises as to why it is doing nothing. My understanding is that there are two reasons — one official, one unofficial.

The official reason is that it is not the Army’s job to determine the ideological contours of this country. Instead, that is the job of the civilian leadership.

Pardon the language but I am going to call ‘bullshit’ on that one. This country has been ruled for decades at a time by the military. Even otherwise, the military has generally been the single-most important political force in Pakistan. More importantly, while the roots of discrimination in our Constitution were introduced by Zulfikar Ali Bhutto, the reason why those seedlings of hate took hold and spread is because of General Ziaul Haq and his minions. If the Army is now troubled by sectarianism in Pakistan, it cannot wash its hands of the matter.

What, then, is the real argument?

The real argument is that the rank and file of the Army have been deliberately indoctrinated with the belief that they are warriors of Allah whose job is to keep infidels at bay. In other words, the average soldier’s patriotism has a distinctly religious tinge in which Pakistan is a fortress of Islam and its enemies are also enemies of Islam.

Now this worldview is certainly useful in motivating people to kill Indians. At the same time, it has limited utility when it comes to jihadis because the jihadis claim to be even better Muslims than us.

Till date, the Army has tried to deal with this problem not by changing its propaganda but by painting jihadis as Indian stooges. It has done so because it believes the present moment is simply too delicate for wholesale ideological retooling. In other words, the Army thinks that telling the jawans to protect a pluralistic ideal could well result in mass mutiny. At a practical level, this is undoubtedly a very powerful argument. There is also ample historical precedent for not worrying about subtleties in the middle of a war.

To take one famous example, the Bolsheviks spent 1917-1942 preaching to the world that nationalism was a bourgeois disease. However, when the Nazis invaded the Soviet Union, Marxist orthodoxy was swiftly jettisoned in favour of a full-throated nationalism and the cult of  ‘Mother Russia’. This was because the average Soviet soldier was far more willing to die for his country than for the sake of class solidarity.

But does this strategy make any sense in the case of Pakistan’s current situation? Not in my view.

In the case of the Germans, hyper-nationalism made sense because it allowed Joseph Stalin to portray the invaders as evil Huns. Similarly, jihadi nationalism makes some sense as a military ideology if the enemy is India because Indian troops can all be lumped into the category of  ‘kafirs’. However, in the case of the TTP, jihadi nationalism is useless because it fails to adequately differentiate the enemy from ourselves.

Our current national ideology is a muddled mess in which we have decided both, that all citizens shall have the right of freedom of religion and that the state will decide their religion for them. This really doesn’t work.

Let me be more blunt. By stating in our Constitution that certain people (i.e. Ahmadis) do not have the right to consider themselves Muslims, we have accepted the argument that an individual’s religious identity is a political matter. It is not possible to reconcile that argument with what the rest of the world considers to be freedom of religion. Moreover, this conflict is not just theoretical: we have thoroughly legalised persecution of Ahmadis and yawned in the face of their suffering.

The net result is that there is only a difference of degree, and not a difference of principle, between the state of Pakistan and the emirate envisioned by the TTP. The state excommunicates Ahmadis. The TTP excommunicates both Ahmadis and Shias. [TTP also considers and treats Sunnis Barelvis/Sufis as plytheists (mushrik) and infidels (kafir) thus the attacks on Sufi shrines across Pakistan.]

Pakistan, therefore, has two options. The rational option is to move in a more pluralistic direction where the state doesn’t have the right to define anyone as a non-Muslim. The politically feasible option is to continue with the status quo but to try and differentiate our particular brand of witch-hunting from the tactics of the TTP. I understand that the rational option is politically dangerous. Unfortunately, the politically feasible option doesn’t work for Shias like me. That’s because we’re likely to wind up dead under that option. Furthermore, while preserving the status quo may work in the short term, the long-term result of such cowardice is likely to be civil war.

Rationally speaking, the Army no longer has the option of staying silent. Yes, it is not the Army’s job to fix our muddled and hateful beliefs. But if the Army doesn’t at least prod the civilians into acting, this country will fall apart. When that happens, there will be no Pakistan. And no Pakistan Army either.

Feisal Naqvi has written on an important topic, however, he appears very soft on Army. More importantly, the Army should stop treating all those who are attacking Pakistan’s very citizens (Sunni Barelvis, Shias, Ahmadis, moderate Deobandis, policemen, others) as its strategic assets for cross-border Jihadist operations. Those who are causing insecurity within Pakistan cannot be treated as guarantors of our strategic security. It’s important to boldly highlight that Army as an institution, and its various agencies, have behaved out of their legal and constitutional bounds in the last 60 years, and have completely destroyed the nation, its social fabric, its communal harmony, its political and financial systems, its foreign policy… all in false pursuit of India-centric Xenophobia, foreign weapons, dollars, and big bungalows. Their wrong decisions on import of Salafist Jihadist ideology to hire Takfiri Deobandi and Wahhabi mercenaries for proxy wars in Kashmir and Afghanistan has hurt not only the people of Kashmir and Afghanistan but also the people of Pakistan. It’s time the Army, particularly its generals, be made accountable for all their wrongs for 60 years, make them answerable to common people and bring them to size. More importantly, it is not only Taliban, it’s various Takfiri Deobandi off-shoots and affiliates eg Sipah Sahaba (also known as LeJ, ASWJ, Jundullah), DPC, JuD are a part of the same Jihadist sectarian complex that only the Army has the capacity to destroy. As noted by Salman Khan in his comments on ET: The author (Feisal Naqvi) seems to be confused about role of military in curbing secterian violence. He wants army to direct civilian government in the right direction but I think it is the army which needs to be directed in the right direction. We all know how and why military had unleashed monsters like Malik Ishaq, Hafiz Saeed etc. In mid 90s Army used sectarian violence to weaken civilian governments. Saudi Arabia financed these Sunni (in fact Deobandi and Wahhabi) extremist groups in their struggle against Shia groups and our security establishment was happy with the arrangement as it was getting holy warriors which it can use in Kashmir and Afghanistan. Civilian Governments in 90s tried to deal with the menace of sectarianism but military made sure it wouldn’t succeed. Even now we see little change in attitude of our military establishment, the Shia tribes in Kurram had been punished by the Army for last twenty years because it refused to be part of the game Pakistan Security establishment is playing in FATA and Afghanistan. Our Army has been engaged in killing and harassing its own citizens, so am not surprised over its silence on Shias Persecution because maybe not directly but indirectly it is a party to these killings. If the Army sincerely wants an end to these killings it needs to change its mindset, it needs to change the narrative which it is feeding to its officers and jawans. If some institutional changes are not implemented I don’t see any hope, and in response to the author’s argument what why Shia officers in the army are silent I would like to quote Smedley Butler (a Major General in US Army and at the time of his death the most decorated Marine in U.S. history) “Like all the members of the military profession, I never had a thought of my own until I left the service. My mental faculties remained in suspended animation while I obeyed the orders of higher-ups. This is typical with everyone in the military service.” 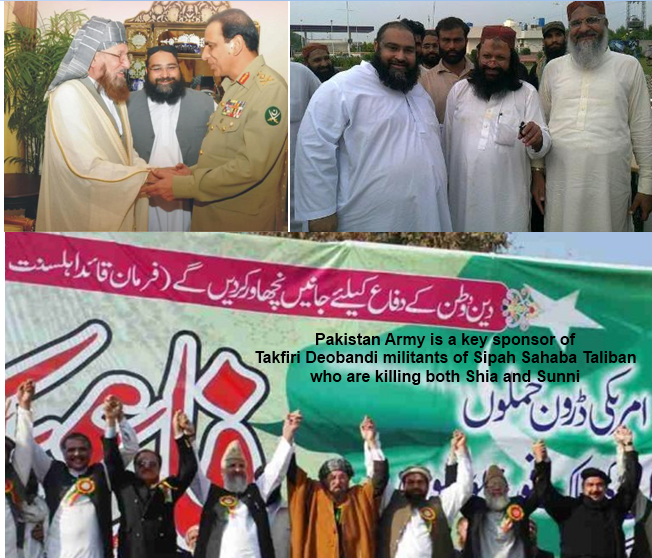