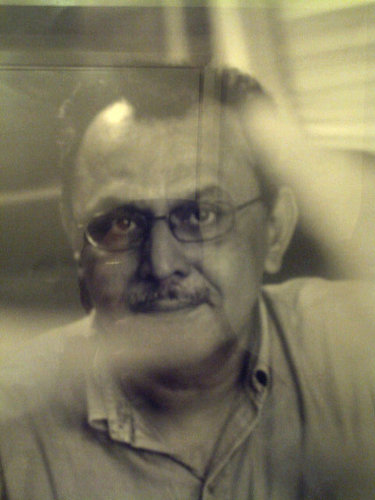 Nasir has raised some important points about media coverage of mass murders.

First of all I thank Abbas Nasir for writing on this much needed topic in Dawn newspaper, responding to at least some of the concerns expressed by rights activists, including Shia activists, on the coverage of Shia genocide (or lack/misrepresentation thereof) in Pakistani media.

In this brief post, I wish to offer some quick comments on Nasir’s article. If I get some more time, I will further update this post with further arguments and facts.

1. I agree with Nasir that there may not be, as such, a sinister agenda about the coverage (or lack thereof) of Shia coverage in Pakistani media. I also agree that perhaps Pakistani print media has not been able to keep pace with modern era of smart phones, twitter, social media etc in which it’s no longer possible to hide the identity of the persecuted or mass murdered community.

You’d agree this [hiding of ethnic or sect identities] worked rather well till these incidents were few and far between. In other words they represented the exception, not the rule. With changing times, the media vocabulary is also changing. More so, because not only has this violence escalated to new, heartbreaking heights, but easy access to lethal weaponry means that one well-armed murderer can cause carnage within a matter of minutes.

2. However, I argue we should also consider the following three facts: (a) the increasing dominance of Wahhabi-Deobandi Islam in Pakistani society including in Pakistani media (e.g., at least 50% of Sunnis in Pakistan consider Shias as non-Muslims or are unsure, surely many of them also work as reporters and editors. This may also explain the overall Nazi style apathy in Pakistani society; Dawn’s own editor laments there is no Salala style national outrage on Shiite massacres in Pakistan http://bit.ly/PaWJei ); (b) the institutional support by the State to Jihadi-sectarian militants killing Shia Muslims and also to their spiritual mentors in right wing and religio-political parties; and (c) strategic priorities of the Deep State and routine formal and informal briefings by the ISPR and other other State officials on preferred discourses and sensitive topics.

This isn’t to say the media doesn’t need to perpetually fine-tune its language, be a shade more diligent. A case in point may be the coverage of the Babuser Pass incident just a few days ago where passengers were pulled out of buses and identified on the basis of their sect before being shot. Those killed were predominantly Shia apart from a couple of their heroic Sunni co-travellers who paid the price for objecting to this crime and not abetting the killers. Heroic indeed as they had a choice. The next day’s newspapers, and I read three major English ones, ran the news as a major item alongside the militant attack on the PAF facilities at Kamra. None of these papers identified the main victims in their main headlines, though they clearly did in the body of the story. Contrast this with say the killing of militants, police, army or FC personnel, for example, and you’ll find that for each such incident the newspapers will mention those killed/victims in the headlines. This discrepancy can hardly be the grounds for grave allegations.

Perhaps, Nasir could have also addressed why media frequently uses false-neutral term ‘sectarian violence’ which not only misrepresents or rationalizes Shia Genocide (or mass murder using Nasir’s words) but also blames Sunnis for something they haven’t done. If the media is so careful about sectarian distinction between Sunnis and Shias, why does not it also highlight that the same Deobandi-Wahhabi militants who are killing Shias of all ethnic backgrounds in all areas of Pakistan are also killing Sunni Barelvis (Sufis) and moderate Deobandis. The Sunni vs Shia binary only suits and legitimizes the killers of Shias, who are then presented as Sunni scholars in mainstream media.

4. Nasir may also wish to address why Pakistani media (and international media in its footsteps) focuses on Hazara ethnicity of Shias killed in Quetta, wiping out 200 non-Hazara Shias killed in Quetta. It is a documented fact that non-Hazara Shias are the most suffered Shia community in Pakistan with a target killing rate of 1 per cent. Nasir may also consider why biased accounts based on propagandists of a regional, ethnic party (Hazara Democratic Party) are being uncritically circulated by mainstream media, which misrepresent Shia genocide by LeJ-Taliban as a Hazara specific ethnic issue. Out of 19,000 Shias killed so far in Pakistan, 500 are of Shia Hazara background. Does that make it an ethnic issue?

While some social media activists may find greater resonance in the genocide definition ‘the policy of deliberately killing a nationality or ethnic group’, the media perhaps relies more on the meaning that genocide should be used when the killings reach ‘extermination’ proportions.

Nasir may wish to review these two posts to understand our position on definition of Shia genocide and also to grasp the actual scale of anti-Shia violence in Pakistan https://lubpak.com/archives/132492 and https://lubpak.com/archives/132675. In a nutshell, the actual scale of deaths of Shias in Pakistan (19,000) has long exceeded the 8,000 figure which was used to legally accept the Bosnian massacre as genocide. Thousands have been killed in Parachinar and Gilgit-Baltisan alone since 1980s.

In the end, I once again thank Abbas Nasir for starting this very important debate through his op-ed in Dawn and hope he and other colleagues in Pakistani and international media will consider this humble submission.