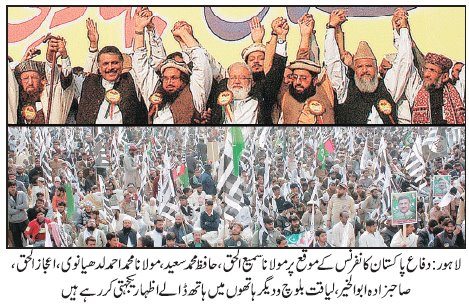 The Wahhabi-Deobandi militant groups are supported by Pakistan army.

There are many people in Pakistan who oppose the Taliban and their militant activities; however, ironically, not all of them question the Saudi-Wahabi ideology that provides impetus to militant Islamists.

It is not so difficult to find people in the Islamic Republic of Pakistan who despise the Taliban and their allied groups (Lashkar-e-Jhangvi LeJ, Ahle Sunnat Wal Jamaat ASWJ etc) and their suicide bombings that have killed scores of Pakistanis over the past few years. Yet, it is not common to hear voices opposing Saudi Arabia and its Wahabi state ideology. For a Pakistani checklist of how likely is it that a Muslim would turn into a fanatic or terrorist, refer to the following article on LUBP, Pakistan’s alternative media blog: https://lubpak.com/archives/224278. Previously, Dr. Pervez Hoodbhoy, a leading Pakistani scholar, too has written on Saudi-ization of Pakistan.

The Saudi Arabian city of Mecca, which is also home to the sacred Islamic site Kaaba, is one of the most revered cities for Muslims in the world. Millions of Muslims from all over the world make a pilgrimage to the Kaaba every year That alone is enough to make Saudi Arabia a holy country for millions of Pakistanis. Therefore, for many Pakistani Muslims, criticizing Saudi Arabia is synonymous with criticizing Islam.

Previous to Ayatollah Khomeini’s Shiite revolution in Iran in 1979, the Pakistani state maintained good relations with both Iran and Saudi Arabia. After the revolution, it became much closer to the latter. Saudi-Pakistani ties deepened during the Afghan War against the Soviet Union during the 1980s. At that time, both Pakistan and Saudi Arabia became close allies with the US and wholeheartedly supported the mostly Deobandi-Wahhabi mujahedeen in Afghanistan.

What did not change after the Afghan War was Pakistan’s inclination toward Saudi Arabia and militant Wahabi organizations.

The root of extremism

“Whether they are the Taliban or the Lashkar-e-Taiba, their ideology is Saudi-Wahabi without an iota of doubt,” Haider said. “All these organizations get their backing from the Pakistani military and its security agencies.”

Haider, who served as law minister under former Pakistani Prime Minister Benazir Bhutto (who was assassinated in 2007 by the Deobandi-Wahhabi Taliban) blamed the former military dictator General Zia-ul-Haq for making it a state policy to fund and arm Wahabi groups in the 1980s. He said that the General used these organizations against minority groups, including the Shiites, who, according to Haider had natural sympathies with Iran. He said there was no doubt that Saudi Arabia was supporting Wahabi groups through General Haq to kill Iran’s support in Pakistan. 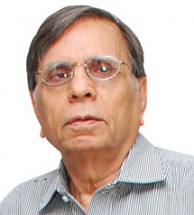 But Pakistani historian Dr. Mubarak Ali said the Wahabi influence in the Indian sub-continent was as old as Wahhabism itself.

“Abdul Wahab, the Arabian Salafi theologian and the founder of the hard-line Wahabi ideology, died in the late 18th century. Wahabi preachers started coming to British India in the 1880s. They motivated many Indian Muslims to fight against the British rule,” Mubarak Ali said, adding that the puritan Deobandi sect was also an offshoot of Wahhabism’s influence in India.

“In Pakistan, Wahabi groups and organizations enjoyed state patronage and flourished at the expense of other groups, which were snubbed by various Pakistani regimes. It is a bit strange because Wahhabism is a minority Sunni sect in Pakistani,” Ali said.

The historian also said that Wahhabism not only affected the polity of Pakistan but also damaged the pluralistic Indo-Pakistani culture.

“Wahabis are against any cultural plurality so they attack shrines, music festivals and other cultural centers that are not Islamic in their view,” he said.

Wahhabism has seeped into the psyche of many Pakistanis, causing an “Arabization” of many traditions. “People now say ‘Allah Hafiz’ (May Allah protect you) instead of ‘Khuda Hafiz’ (May God protect you) and ‘Ramadan’ instead of ‘Ramzan’ in an attempt to imitate Saudis,” said Ali.

The Saudi-US alliance
Western countries accuse Pakistan – the Pakistani military’s spy agency, the Inter-Services Intelligence (ISI) in particular – of backing the Taliban, who they say have safe havens in Pakistan’s northwestern tribal areas, which border Afghanistan. The say the Islamist militants launch attacks on the Afghan soil from their hideouts in Pakistan, and that the Pakistani government is not doing enough to destroy the terrorists’ sanctuaries. 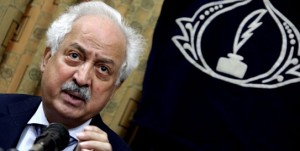 But Iqbal Haider said it was paradoxical that the West criticized Pakistan but said nothing against Saudi Arabia, which was the main financier of the militant Deobandi-Wahabi organizations in Pakistan.

Deobandis, though not Wahhabis, have become increasingly Wahhabi-ized during the Saudi-financed, US-sponsored Afghan Jihad via Pakistan.

There is at least one militant Shiite organization in Pakistan, Sipah-e-Muhammad, formed to counter Shia genocide by the Afghan Jihad trained Doebandi-Wahhabi militants, however, Sipah-e-Muhammad was almost entirely decimated by Pakistani security agencies during 1990s. Now massacre of Shia Muslims at the hands of Deobandi-Wahhabi militant organizations is a daily affair in the Wahhabi Republic of Pakistan. According to an estimate, at least 19,000 Shiites Muslims and thousands of Sunni Barelvi (Sufi) Muslims have been killed so far at the hands of Deobandi-Wahhabi militants (Taliban, LeJ, ASWJ etc).

“Saudi Arabia is one of the biggest allies of the United States in the Middle East. It also serves the role of a mediator between Washington and Islamabad. During the Shah of Iran’s rule, Iran was acting out this role; it is now Riyadh,” Iqbal Haider said.

Haider also accused the Pakistani state of massacring Shiites in all areas of the country, including the country’s northwestern Gilgit-Baltistan area. Last week, 22 Shiite Muslims were brutally murdered by the Taliban in Mansehra while they were travelling in a passenger bus from Rawalpindi to Gilgit. The gunmen first identified them as Shiites and then killed them at point blank range. Some Pakistani experts call it “sectarian cleansing” or “slow motion genocide” of the Shiites by Deobandi-Wahhabi groups and the state.

According to news reports, Saudi Arabia is funding Wahhabi militants including Al Qaeda in the guise of charity work. For example refer to this report by Declan Walsh in Guardian: https://lubpak.com/archives/52747

Haider told DW that the state wanted the Wahabi monopoly in Pakistan for its geo-political and strategic interests, so it had been systematically killing those who could be a hindrance in the implementation of its agenda.

“These attacks are not new. Taliban launched several attacks on the Gilgit Shiites during Pervez Musharraf’s (former military dictator) government too.” Previously, in 1988, hundreds of Shiites in Gilgit-Baltistan were killed during General Zia-ul-Haq’s government. Thousands have been killed in Parachinar, Quetta, Karachi and other areas. “The army never tries to stop them,” said Haider, adding that he conducted his own research on this issue and found out that the Taliban militants from Afghanistan could enter Gilgit-Baltistan unhindered and unopposed by Pakistani security forces.

Source: Adapted and edited from DW