Zardari’s complicity and hypocrisy will bring him the fate of his hypocritical, heartless father-in-law 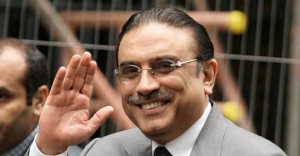 When in my previous article (https://lubpak.com/archives/132247) I called Zaradari “Yazidi,” every liberal blogger of note went mad denouncing me for saying so. I would not have cared despite the countless abusive e-mails that I got. I live in New York, so I am safe in a way. But when people started threatening to trace and kill my siblings and parents in Pakistan, I got scared and toned down my article; I even changed the title of the article.

Not a single blogger was able to prove that any one of my anti-Zardari points were speculative or opinionated. Even where I was subjective, I had my argument. I concluded my article with,

“Zardari’s latest gift to the Shias of Pakistan is that under his guardianship, the PTCL has banned the only effective Shia web site (http://ShiaKilling.com) which had been chronicling the state-sponsored Shia pogroms. At the same time, the PTCL headed by a Zardari crony has allowed anti-Shia, Islamofascist web sites of banned outfits (by the way, Zardari did not ban them) to be fully operative in Pakistan. Read the article of great American Rusty Walker (https://lubpak.com/archives/132162), one of the few who speak truth about the Shia situation in Pakistan.”

Now, what wrong did I do that even the ones who preach non-violence wanted to harm my family? I leave it at that.

I am sure that this article of mine will also horrify those cultists who have been worshipping at the temple of the greatest hypocrite in Pakistan’s history: the bogus “shaheed” Bhutto. “Shaheed” in what cause? Whose cause? Can anyone tell me?

In order to please the Saudis and the mullahs, Bhutto the liberal and a student of history apostatized the Ahmadis and opened the floodgates of the Ahmadi genocide in Pakistan followed by the Shia genocide. Even during Bhutto’s time (in 1974) hundreds of Ahmadis were killed, their women raped and kidnapped, and their property destroyed. But the “shaheed” Bhutto in his arduous sucking up to the mullahs and thier Saudi patrons was not able to prosecute even one arsonist, rapist, etc. He thought that by championing the cause of the Islamofascists of his time, he would be able to become the leader of the Islamic world not realizing that for the mullahs and their patrons, he was just an instrument to be thrown away once used.

When the “shaheed” Bhutto had the Ahmadis declared infidels, my grandfather (my namesake) slapped his forehead saying, “Now it will be our turn!” Before he died, he had seen the beginning of the Shia genocide in Pakistan. If I sound bitter, it is because I have lost immensely on account of Bhutto’s ‘services’ to Islam.

By sucking up to the Saudis and the mullahs, Bhutto forfeited his right to exist because in the Salafi-Deobandi weltanschauung, there is no room for existence of those who subscribe to any other version of Islam.

Zardari has continued to improvise the evil created by his father-in-law. He is morally so bankrupt that when it was revealed through wikileaks that King Abdullah had called him a “rotten head,” he announced loud and clear that wikileaks were a conspiracy and “King Abdullah is my elder brother.” Interestingly, King Abdullah did not deem it necessary to deny his denunciation of Zardari. He is morally superior to Zardari.

Since taking over in 2008, Zardari has not even squeaked a condemnation of the Shia genocide in Pakistan. His Chief Good, Rahman Malik, bans Shia web sites by calling them “hateful”. He is a liar as he is a shameless man! But he has Zardari’s blessing. So who is worse: Zardari or Rahman Malik?

More than 3000 Shias have been killed by the Salafis and the Deobandis, but our popularly-elected president is indifferent. And now in order to please the same groups as his “shaheed” father-in-law did, he has come out roaring condemning the killing of Rohingyas (several of whom have links with fanatic Salafis) of Myanmar. No other Muslim head of state has written a letter of protest to the government of Myanmar. Even ASEAN which includes Malaysia (a Muslim economic power,) Brunei (one of the richest countries in the world), and Indonesia (world’s largest Muslims country) has not made a protest. Even Saudi Arabia has not done so. But Zardari has.

Like Bhutto, he thinks that by subscribing to the cause of Islamofascism, he can win votes of the reactionaries or can draw other benefits. He is wrong. Given his policies, he will meet the same fate as his illustrious father-in-law. Zardari’s stance towards the Shias makes one think that like the Islamofascists, he considers the Shias an evil. This is why, he sees no evil. 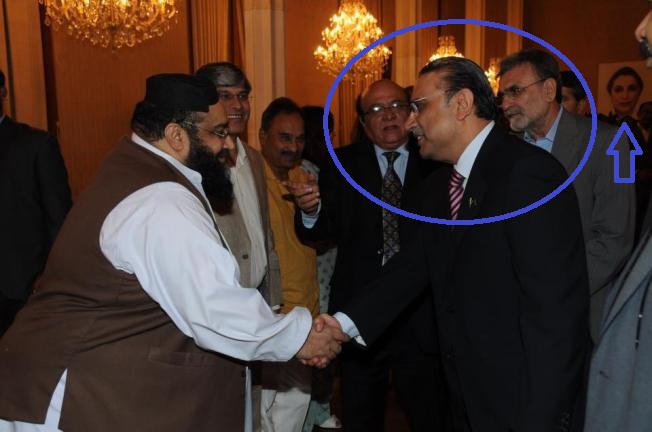 4 responses to “Zardari’s complicity and hypocrisy will bring him the fate of his hypocritical, heartless father-in-law”