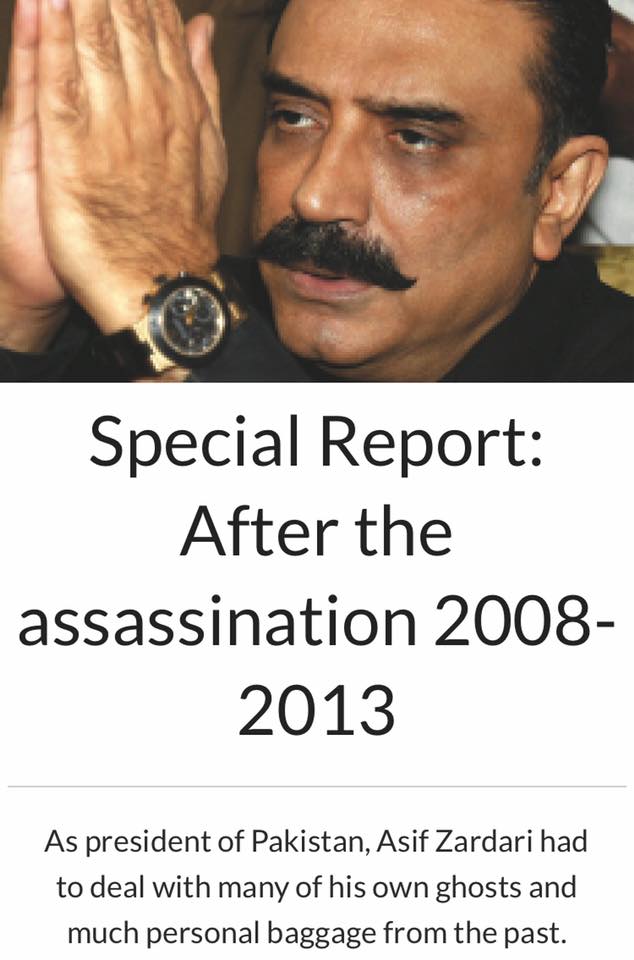 Since Zulfiqar Ali Bhutto took office, Pakistan’s upper-middle classes and business elite have not relented in their vicious and visceral hatred of the Bhuttos and the PPP. Some of this is based on the actual mistakes, missteps and faults of the PPP. A lot of it is just based on delusions and bourgeoisie angst that is deep rooted in ethnic and sectarian chauvinism.

Coming to Zardari, there are issues to criticise him for but they pale in comparison to Nawaz Sharif. Yet, amongst Pakistan’s right wing Urdu media and pseudo liberal/Neoliberal chattering classes, the PPP is a villain and a good for nothing. On the other hand, the same chattering classes worship PML N for its billions and for the Saudization of Pakistan that Nawaz Sharif represents.

This article is not as hopelessly biased and prejudiced as other articles on PPP in the mainstream press. It also touches on the economy in a manner that could be difficult to digest for the blind supporters of Nawaz Sharif. From trade to agriculture, from finance to historically altering trade and development deals, Nawaz Sharif has made a royal mess of it.

Nawaz Sharif scrapped the Iran Gas pipeline deal for sectarian reasons and because of pressure from two of the major establishment players in Pakistan – Saudi Arabia and the United States.

While Imran Khan and Nawaz Sharif are both competing for the bottom feeding Takfeeri scum represented by JUI, JI, ASWJ, Khadim Rizvi etc, PPP is still the only political party that makes sense for Pakistan