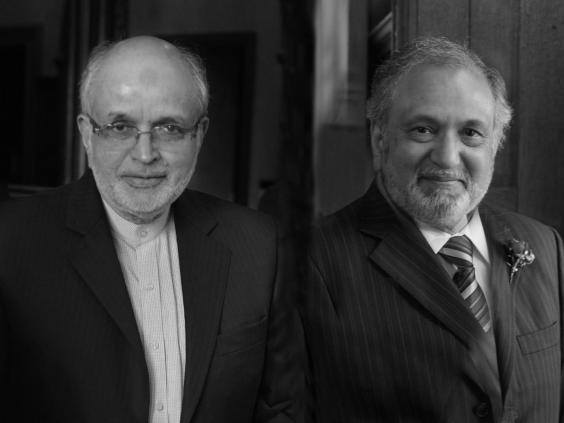 The World Shia Forum Team appreciates the courageous, honest and dignified response of Ms. Khan in responding to the murder of her father-in-law, Mr. Nayyer Zaidi. Ms. Khan’s stirring and clear response to “The Independent” is not only an example of integrity in the face of tragedy but a strong rebuttal to those who continue to misrepresent the ongoing #ShiaGenocide in Pakistan as “sectarian violence”.

Ms. Khan is a Sunni Muslim but had not hesitation in bravely coming forward to condemn and protest the murder of her family’s Shia members by ISIS-affiliated Deobandi terrorist group ASWJ-LeJ (formerly known as Sipah Sahaba). Interconnected Deobandi groups like ASWJ-LeJ and the Taliban have not only murdered over 20,000 Shia Muslims but also 50,000 Sunni Muslims and Christians across the length and breadth of Pakistan. While a dishonest section of Pakistan’s media and intelligentsia continues to obfuscate this issue, there are those like Ms. Khan who call it as it is.

The murder of the Nayyer Zaidi, his brothers and other members of the family is not just a Pakistani tragedy but an international incident of Shia Genocide. Mr. Nayyer Zaidi was a British citizen and his other martyred brother, Nasir Abbas was an American citizen and Seattle resident. We all know that even in Pakistan, celebrated liberals and human rights champions are silent on this issue due to a combination of sectarian bigotry, cowardice and commercial interests.

But why must such an Ostrich mentality be perpetuated in the United States of America. We value freedom of speech and in this instance, could have atleast followed suit with our British cousins who provided Ms Khan with the opportunity to express her sorrow and protest the cold blooded murder of her family.

We have now reached the unfortunate point where petty tribal instincts and protecting Saudi reputations has become more important for some than protesting the murder of Americans in Pakistan! Aurangzeb Farooqi is the Karachi leader of the Deobandi terrorist outfit that massacred the Zaidi family as they were mourning for Imam Hussain. Farooqi gets State protocol in Saudi Arabia even as his organization ASWJ-LeJ/Sipah Sahaba is on the list of proscribed terrorist outfits.

The deafening silence is a sad indicator that the tentacles of Farooqi and his Saudi minders reaches all the way to Seattle. We know that the family of Nasir Abbas Zaidi has been muzzled not by terrorists but by those members of the community who value their friendship with Saudi extremists more than the blood of other community members.