Tafkiri Deobandi Terrorists attacked the Kart-e-Sakhi Shrine in Western Kabul on the eve of Ashura. They entered the shrine disguised as police officers and then attacked the Shia mourners indiscriminately who were commemorating religious ceremonies in honor of Imam Hussain (as). According to updated reports, at least 14 Shia pilgrims were killed and another 26 wounded by the attack. 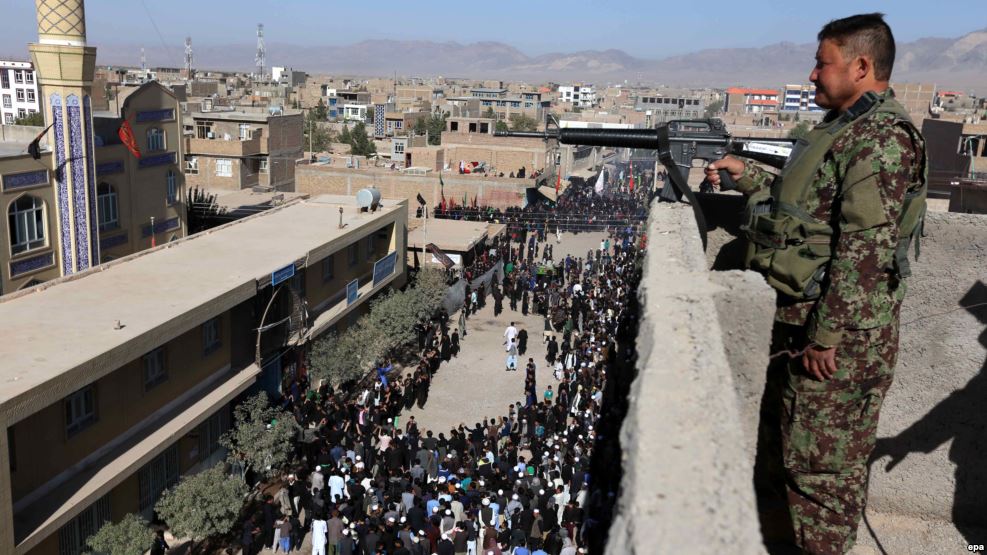 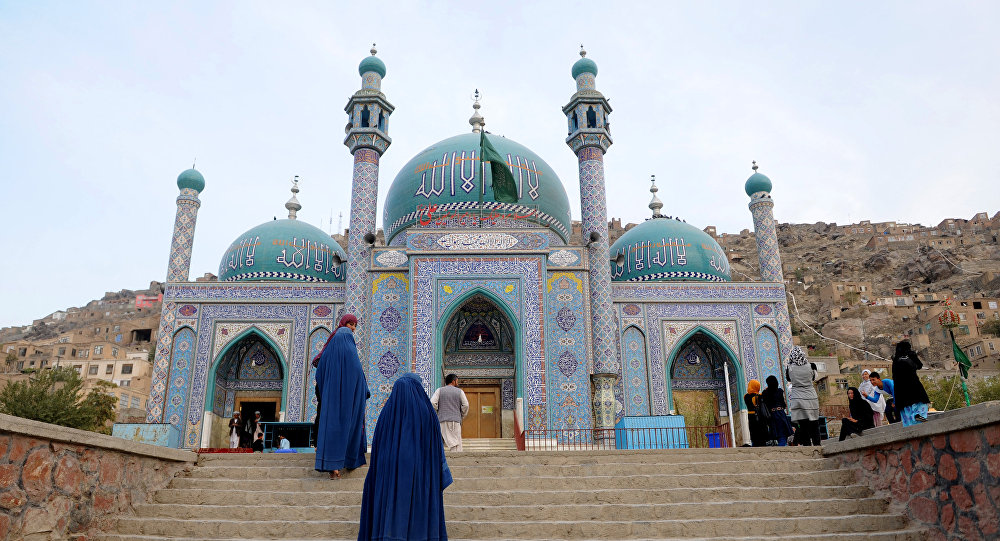 A similar attack had targeted the Shia Hazara community of the city during a protest march held in July. That attack took the lives of 84 and left countless others injured and maimed for life. At an earlier meeting with President Ashraf Ghani, Shia community organizers of Muharram events in Kabul were warned to make their events low-key this year out of fear of suicide bombers who were roaming the city.

They were requested not to carry out processions and instead hold events limited to local mosques. Unfortunately, it seems the local Afghan authorities do not want their fellow Afghani Shia brethren to be able to commemorate and express their emotional attachment with Imam Hussain (as) in the historic traditional manner in which they should. Such talk vividly reminds one of the days of the Taliban who by use of brute force mandated that all Ashura commemorations be held within closed doors of shia mosques. The government of Afghanistan needs to determine and make public by virtue of their actions which side they stand, is it the side of Imam Hussain (as) or the side of Yazid (la).

The following is an excerpt from Human Rights Watch, documentation of the Massacre at Mazar-i-Sharif:

On August 8, 1998, Taliban militia forces captured the city of Mazar-i Sharif in northwest Afghanistan, the only major city controlled by the United Front, the coalition of forces opposed to the Taliban. The fall of Mazar was part of a successful offensive that gave the Taliban control of almost every major city and important significant territory in northern and central Afghanistan. Within the first few hours of seizing control of the city, Taliban troops killed scores of civilians in indiscriminate attacks, shooting noncombatants and suspected combatants alike in residential areas, city street sand markets. Witnesses described it as a “killing frenzy” as the advancing forces shot at “anything that moved.” Retreating opposition forces may also have engaged in indiscriminate shooting as they fled the city. Human Rights Watch believes that at least hundreds of civilians were among those killed as the panicked population of Mazar-i Sharif tried to evade the gunfire or escape the city.https://www.hrw.org/legacy/reports98/afghan/Afrepor0.htm

We call upon the international community to protect the Shia Hazara and Shia of other ethnicities in Pakistan and Afghanistan from Genocide. It is clear that the Government’s in both Pakistan and Afghanistan have deep Takfiri Deobandi infiltration and influence. We call upon United Nations international that observers be based in vulnerable places where mass murder and Genocide of Shia Muslims have become the norm.