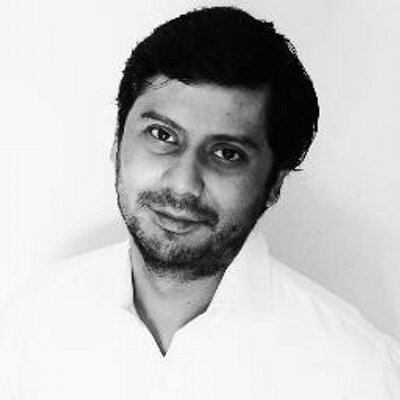 It is not unusual to see how activism in Pakistan has been reduced to an opportunistic chorus, a parroting of the populist line. 4 Shia Hazara women are singled out and shot dead in a bus by Deobandi terrorists of SipahSahaba/Jaish/ASWJ-LeJ and there is barely a whimper. A journalist like Cyril Almeida with the typical problematic past

and from an industry with not much to be proud of, gets placed on the Exit Control List list and the floodgates of sympathy open up!

The whole episode reeks of a charade and I had already pointed this out in my Oct. 7th Post “Enjoy this farce while it lasts – or actually lasted as the PML N is already backtracking from its “stance” !”

https://www.facebook.com/syedriaz.almalikhajjaji/posts/980080912119462?hc_location=ufi
Essentially, PM Nawaz Sharif and CM Shahbaz Sharif – belonging to the Sharif dynasty set up by military dictator General Zia ulHaq, are some of the most fervent supporters of Salafi and Deobandi jihadists in Pakistan and that support is mutual and publically acknowledged by LeT/JuD and ASWJ-LeJ/SSP/Jaish/Taliban.

Their earlier alleged statement, using their current media tools like Cyril Almeida was simply a chest-puffing bluff to the international media that they are serious about tackling the decades old policy of using Deobandi and Salafi terrorists as foreign policy proxies.

The Sharifs are not serious about this and as the Saudi stooge proxy government in Pakistan, they are in full agreement with the establishment policy of Jihadi expansionism. Like their paymasters and supporters in Saudi Arabia, US, Turkey and Qatar, the Pakistani security establishment and the Sharif dynasty are one on this. Cyril was either a willing tool or used and now thrown under the bus.

The bigger story is that nobody is serious about tackling Salafi and Deobandi terrorism – least of all the media that has rarely, if ever called out these terrorists specifically. Cyril’s backers like Hamid Mir and Sethi also back notorious Deobandi hate cleric TahirAshrafi who in turn is the civilian liaison between Jihadi groups, the PML N government and the establishment.

“I have never had high opinion of Cyril, to me he belongs to the same influential establishment tout journalists group which includes the likes of NajamSethi, Hamid Mir, Ansar Abbas. The way he is posing as if he is now the symbol of free media movement by using a no-effect ECL ban and the way usual suspects like NajmSethi and Hamid Mir/Ansar Abbas supporting him. Seems like there is much more to the story then we are hearing and seeing.

In this country journalists like SalimShehzad, KhurramZaki have been murdered by military generals, numerous others have been abducted, the ECL ban seems to be funny to say the least.”

In 2011, this is what Cyril had written. Please read the full article to understand the charade that is being carried out.

“Only two things can stop him: Sharif, if he wises up and somehow stops the election from being stolen; the army, if it decides the costs of non-intervention are higher than the benefits of the status quo.”

This analysis and commentary is also complemented by the excellent article, “God of Commercial Liberal Mafia Collapsed In front of Bootwals” (October 11th, 2016, Jagarti,https://jagarti.wordpress.com/2016/10/11/god-of-commercial-liberal-mafia-collapsed-in-front-of-bootwals ) and I am attaching a relevant quote from this excellent article.

“Statement issued by PM office shows that Prime Minister of Pakistan and his other civilian comrades are not in mood to resist military establishment, so our so called very democratic and anti-military establishment PM and its brave comrade collapsed in front of Bootwals( Military Establishment). This statement exposed those persons in our liberal circle who were busy to tell masses that Mian Muhammad Nawaz Sharif and his comrades have separated themselves with militaristic policies and Mian Nawaz Sharif is now completely changed leader having strong inclination toward liberal, enlightened and progressive policies on question of our foreign and national Policy Path which adopted by PM office on Monday tells us that Military Establishment is on driving seat not Civilian government on Question of Afghan Policy , Kashmir Issue , of Jihadist and sectarian organisations.”