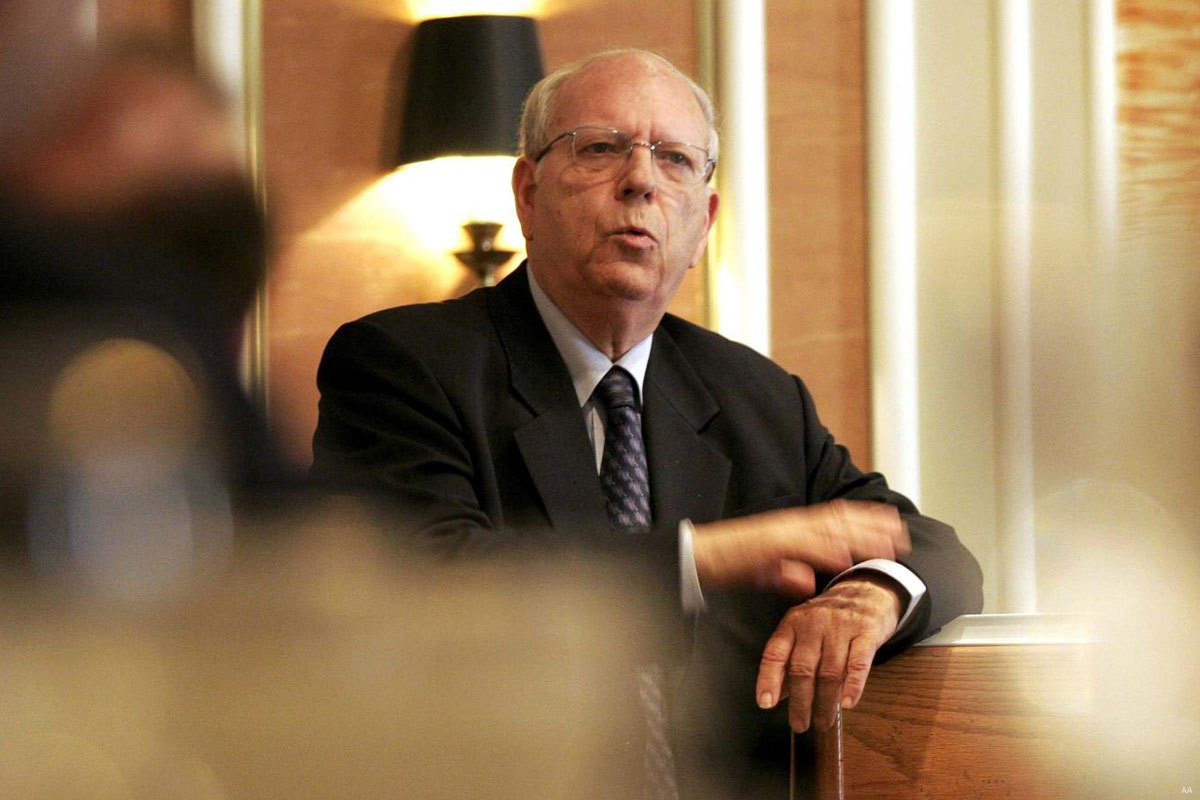 Earlier this year, former Mossad chief Efraim Halevy granted a telling interview to Al-Jazeera’s Mehdi Hassan. In it, he confirmed much of what I have been reporting in this column for years: Israel has been in a tactical alliance with Al-Qaeda in Syria. Halevy made some quite frank and fascinating admissions.

As regular readers will know, for several years, Israel has been working with Al-Qaeda led “rebels” in and near the Golan Heights, a region of south-west Syria, of which a large part is occupied by Israel.

In a cynical attempt to fuel the Syrian civil war as a distraction from its own crimes, and to let “both [sides] bleed” (as one former Israeli official put it), Israel has been aiding anti-government rebels there, including Al-Qaeda. The aid mainly takes the form of treating wounded Al-Qaeda fighters and then releasing them back into Syria to continue the fight. However, some UN reports suggest that Israeli assistance may even have gone as far as military aid.

Halevy was frank in his interview: “Al-Qaeda, to the best of my recollection, has up to now not attacked Israel.” Hence, he said that he was not worried about the prospect of blowback in the form of eventual Al-Qaeda attacks against Israel. It’s worth recalling here that there have been anti-Israel and, indeed, anti-Semitic rhetoric emanating from Al-Qaeda propagandists and leaders, including Osama bin Laden, for decades.

Although Halevy then claimed that there are humanitarian motivations behind Israel’s hospital treatment of wounded fighters (“It’s always useful to deal with your enemies in a humane way”), he was forced to concede that there were some “tactical” considerations too.

If Israel wanted to quell criticism of its alliance with Al-Qaeda in Syria, it could simply stop allowing recovered fighters to go back to fight in Syria. Although medical treatment of prisoners of war is a basic human right customarily extended to all, Halevy’s comments make it clear that Israel is going way beyond that. There is no way that Hezbollah fighters in Israeli custody would ever be voluntarily released back to Lebanon (or even to Syria). When pressed by Hassan, the ex-Mossad head conceded that Hezbollah fighters would not have been treated in Israeli hospitals in such a way: “For them we have a different account.”

The difference is clear. While Al-Qaeda is an extremist, sectarian armed group, Hezbollah is a resistance movement with massive popular support in Lebanon. It defeated Israel in two successive wars and, before its divisive intervention on the side of the Syrian regime in the course of the civil war, it commanded massive and cross-sectarian regional popular support. Fighting Hezbollah is a major Israeli priority; fighting Al-Qaeda is not. Furthermore, as Halevy makes clear, the extremist group has never fought against Israel in any way.

Mehdi Hassan pointed out to Halevy that although Al-Qaeda may not have attacked Israel, it had attacked its main ally and sponsor, the United States. Halevy had little to worry about that, even though he was being so frank about Israel’s alliance with Al-Qaeda, because the United States is at it as well.

For almost a year now, the US has been moving towards open support for Al-Qaeda in Syria. David Petraeus, the former head of the CIA, argued in September last year that “some elements” of the then formal Al-Qaeda affiliate in Syria could be used to further US war aims in the country, ostensibly to fight the so-called Islamic State.

“A few months before the [spring-summer 2015] Idlib offensive,” Cockburn wrote, “a member of one CIA-backed group had explained the true nature of its relationship to the Al-Qaeda franchise. Nusra [Front], he told the New York Times, allowed militias vetted by the United States to appear independent, so that they would continue to receive American supplies. When I asked a former White House official involved in Syria policy if this was not a de facto alliance, he put it this way: ‘I would not say that Al-Qaeda is our ally, but a turnover of weapons is probably unavoidable. I’m fatalistic about that. It’s going to happen.’”

Israeli military and political elites were agitating for a change of Western policy towards “moderate” elements of Al-Qaeda in Syria around about the same time: “Nusra is a unique version of Al-Qaeda,” retired Brigadier General Michael Herzog told the Wall Street Journal in March last year.

The Nusra Front announced at the end of July that it would be changing its name to Jabhat Fateh Al-Sham (the Front for the Conquest of Greater Syria). Some in the media reported that the long-trailed “split” of Nusra Front with Al-Qaeda had finally arrived, but if you watch the video used by Nusra Front to announce this move, it’s clear that this is nothing less than a minor and cosmetic exercise intended to draw more open support from Western and Gulf allies.

According to its Australian media spokesperson, the rebranding exercise’s aim “was to remove any potential obstacles that may impede the success of a merger [among rebel factions] – like unnecessary affiliations.”

Al-Qaeda’s leader Ayman Al-Zawarhiri (Bin Laden’s former right-hand man) himself approved the move, apparently. This is no genuine split from Al-Qaeda, but more of a propaganda exercise intended to shore up support.

Such a move was long-expected; indeed, the germ of the idea came from Bin Laden himself, according to Cockburn’s account: “The year before he was killed, Bin Laden had complained about the damage that offshoots such as [Islamic State forerunner] Al-Qaeda in Iraq, with its taste for beheadings and similar atrocities, had done to his organisation’s image. He directed his media staff to prepare a new strategy that would avoid ‘everything that would have a negative impact on the perception’ of Al-Qaeda. Among the rebranding proposals discussed at his Abbottabad compound was the simple expedient of changing the organisation’s name. This strategy was gradually implemented for the group’s newer offshoots,” including the Nusra Front, now renamed Jabhat Fateh Al-Sham

Almost 15 years on from 9/11, who would have imagined that we would be having to make the case that Western and Israeli support for Al-Qaeda is a bad idea and should stop?

Israel and the Western alliance with Al-Qaeda in Syria