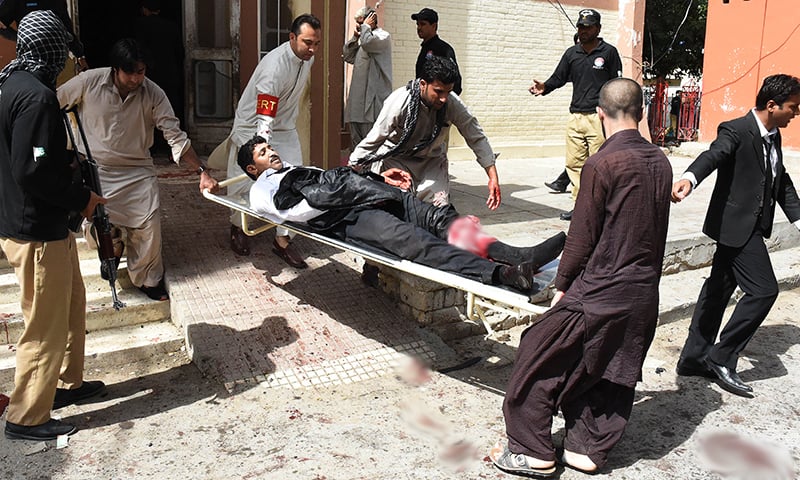 Quetta Hospital blasts highlight the Pervasiveness of ‪#‎ISIS‬ affiliated and Saudi sponsored Deobandi terrorist groups lead by Ramzan Mengal in Balochistan. Until these interconnected groups like Sipah-e-Sahaba/ASWJ, Jamat ul Ahrar, Jundullah and the Taliban are not dealt with, these attacks will continue.

The Pakistan establishment policy of supporting Takfiri Deobandi terrorists as proxies will continue to provide this tragic “blowback” while not achieving ANYTHING for Pakistan. Just as the US policy of supporting Salafi Al Qaeda proxies in Syria and Libya have destroyed those societies.

Ramzan Mengal is the leader of the main Al Qaeda affiliate Deobandi terrorist group in Balochistan which is the Sipah Sahaba and its various avatars like ASWJ-LeJ, Jamaat ul Ahrar and Jundullah. These groups and their Taliban affiliates are already boasting about this attack. Until Ramzan Mengal and his connected Takfiri Deobandi groups roam freely and is not punished, these attacks will continue as they have for the last decade and a half!