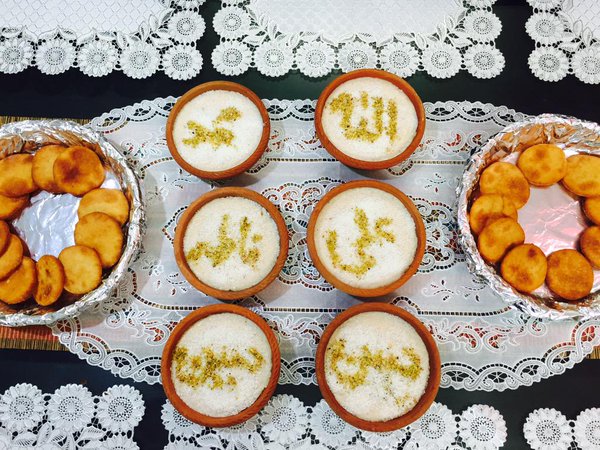 Our Deobandi atheist comrades are also gearing up to support us on going after Koondey because all of us are jealous of these practices. Sure, we get invited and we usually reject. But what really makes us jealous is that these Koondas – free meals consisting of rice pudding, curried potatoes, Parathas – commemorate a loving relationship with the Holy Prophet and his grand kids. We oppose love and I must appreciate how our Deobandi Atheist comrades dismiss Koondas as an “outdated” practice while simultaneously maintaining a passionate support for the Blasphemy Law when it is applied to censure those critical of 7th century Wahhabi gods like Yazeed. Uncle Tom Shia collaborators dismiss Koondas as a “South Asian custom” – when it comes to jealousy against the Holy Prophet and his family – we be all Al-Bakistanis.

So my dear Sufyani Liberals and Muawiya Marxists and Uncle Tom Shia collaborators. Please do a solid for Yazeed. This Rajab, please dedicate yourselves to attacking Niaz and Koondas, Love and Celebration for the Grand kids of the Holy Prophet. Your bitterness and jealousy is the same motivating force for ISIS and Al Qaeda. Please don’t let them down. Oppose Rajab.