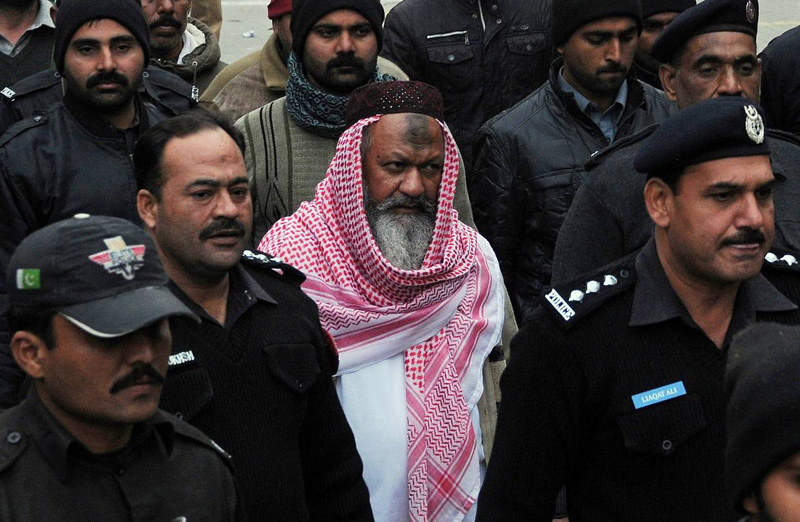 Subsequent to the Lahore blast, law enforcement agencies have launched an operation of sorts, resulting in a crackdown on several places of the Punjab and several ‘miscreants’ are reported to have been nabbed. Thus the exceptionalism which was so far being extended to the Punjab has finally been set at rest.

Many scholars like Amir Rana, Ayesha Siddiqa and Mujahid Hussain had for long propounded the view of Punjab being a sanctuary and safe haven for terrorists. The state agencies did not take any substantive measure till the Gulshan-i-Iqbal blast took place. What prevented them to weed out terrorist outfits in Punjab is a question asked by many. On the contrary, the government representatives refuted the presence of any extremist element in the province. Some have argued that the government sees its electoral strength in the extremist elements particularly in the Punjab which had lent unequivocal support to it in the late 1980s and ’90s.

Obviously with affinities spanning decades, turning back on former allies was not that easy. But unless the cleansing process is commenced in the Punjab province with full verve and sincerity, peace will remain a fantasy.

Secondly, all operations orchestrated by the state agencies to extirpate extremist and exclusionary elements will not yield result unless education is freed from the shackles of religious right wing. I have argued in several of my past articles that education is the biggest tool to create citizenry which is disciplined, law abiding and patriotic. In the following lines, I will elaborate both points which to some may seem assumptions only.

In my own work on religious extremism, I have mapped the relocation of many madaris to the Punjab in the wake of partition. Be it Khair ul Madaris, Jamia-i-Rashidia or Tajwid ul Quran, all of them were relocated to the Punjab. Later on, Lahore was the epicentre of Anti-Ahmadi movement of 1953, which shook the entire state apparatus to the core. Similarly twenty years down the road, it was in Punjab that clergy got together and exerted pressure on the Bhutto government, the enormity of which left no other option for him but to declare Ahmadis as non-Muslims in 1974 .

The religiously-inspired Pakistan National Alliance, which was cobbled together in 1977 against Zulfikar Ali Bhutto’s regime, was also Punjab-centric to a great extent. Similarly Zia ul Haq’s Islamisation found this province quite amenable for its proliferation and growth. Right wing politics struck firm roots in urban Punjab which subsequently eliminated the party which was progressive but just in relative terms. The Afghan jihad got ready endorsement and unflinching support from the vested interests inhabiting Punjab.

As if it was not enough, Sipah-i-Sahaba-i-Pakistan (established in 1985) and Tahafuz-i-Nifaz-i-Fiqh-i-Jaferia (established in 1979) were hammered into existence in Punjab. One must bear in mind that Lashkar-e-Jhangvi which later on proved to be the most lethal of all terrorist outfits was the offshoot of SSP. LeJ’s top leaders, Akram Lahori, Riaz Basra and Malik Ishaq were all from Punjab and so is Masood Azhar. The incidents of violence against the minorities like Khanewal, Gojra, Kasur and Sangla Hill are reminders of how agents of terrorism operate with ease and convenience.

All this catalogue of events noted above points to the dire need of cleansing process which ought to be set in motion in the Punjab so that calm and normalcy may be restored in the country.

This brings us to the second of our contention, freeing the education. In some of my previous articles, I have underscored the importance of education with reference to producing the citizenry. It is through education that people are made law-abiding, progressive and patriotic and, most of all, it is the prime responsibility of the state to devise an education system for the populace. The fad of public-private partnership has been counter-productive as it has exacerbated the class differentiation in Pakistani social formation. Education has become forbiddingly expensive but when it comes to creating a counter narrative, state is usually helpless.

Myriad chains of various school systems are merely business ventures and may not be interested in bringing the necessary consciousness among the youth that is required at this particular hour. A group of colleges, owned and managed by Jamaat-i-Islami acolyte, having spread out in every city of the Punjab, is throwing a stiff challenge.

At a time when we are in need of a counter-narrative, such institutions are likely to act as impediments rather than facilitators. The cliche that education does not figure anywhere on the priority list of the government has an element of truth in it. The government-owned institutions are in a shambolic state and no one is paying any attention to them. Most such institutions are being managed by NGOs or foreign consultancy firms. The private schools and colleges are prospering. One fails to understand if there is any particular model that our government is following. Where on earth is education privatised to such a brazen extent?

In the presence of the mushroom growth of Madaris and privatised schools, government has rendered itself unable to conjure up any new narrative which may guide our youth to peace and prosperity.