Home  »  Original Articles   »   Understanding the Concept of a Peaceful Islam, rests on the Truth about “Islamic Terrorism” – by Rusty Walker 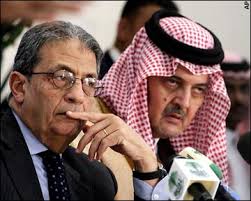 A global understanding of a peaceful Islam rests on the truth being told about “Islamic Terrorism.”

Amr Mousa, former Secretary General of the Arab League does not speak the truth about “Islamic Terrorism,” thus, leaving the Western World confused about whether Islam is peaceful, or “frustrated.”

I have always thought that it was patronizing to the very intelligent Muslims with whom I am friends, and the general Islamic community that knows very well the global threat of radical Islam, to refrain from using the term, “Islamist Terrorism.” Some of my friends have been threatened and driven into hiding by Islamist extremists for daring to speak out.

Muslims know that “Islamist terrorism” is separate and distinct from orthodox Islam. Where did President Obama and his administration come up with the odd refusal to use the term, “Islamic” when referring to “global terrorism,” such as ISIS. My essay here gives a possible explanation: A highly respected Egyptian political figure, Amr Mousa, was interviewed recently on American television. The guest was Amr Mousa, the former Secretary General of the Arab League. Amr Mousa, who is also a former Egyptian Minister of Foreign Affairs ran for Egyptian president in 2012.

Amr Mousa’s lies are important, because the American TV interviewer did not challenge the deceitful reasons given for terrorism by his guest. I suddenly was struck with recognition of the possible origin of the reluctance of the president to say “Islamic terrorism.” The Secretary General of the Arab League is regularly summoned to the White House to give advice to the president on U.S.- Middle Eastern policies.  Amr Mousa himself began the intervew by explaining that terrorism should not be linked to Islam.

Amr Mousa’s reasons for terrorism was “frustration.” The reasons for suicide bombing in Paris was “frustration…caused by the local conditions.” The reasons he gave for terrorism merely came down to the “unfair way that many of the young people believe they have been subjected to.” There was no reference to the reasons for Muslim-on-Muslim murders; no reasons for the killing of school children in Peshawar by TTP; no reason or acknowledgement of Shia genocide; no accounting for the reasons behind ISIS beheading men, women and children; Amr Mousa gave none of the radical Islamic ideological narrative. Again, the interviewer, merely listened with no intelligent questioning. A stunning ignorance was on display.

First question: “Why does ISIS and Islamist terrorists murder people? What is their reason?” Amr Mousa began: “They are after societies. These are radicals full of hate.”

Terrorists are indeed radical Islam. The absence of explaining this fact denies the Western general public a sense of clarity, that radical Islam is distinct from Islam. Indeed, the first name in ISIS is “Islamic.”

Amr Mousa: “It’s not a question of religion vs religion but attitudes…it is people frustrated for so many reasons.”

Frustration? I have seen videos of beheading of Shia by TTP in Quetta, where the knife-wielding Taliban was laughing. As for Daesh, in truth, the stated objective of ISIS/ISIL, who are far from frustrated, go about their murdering with zeal, is the establishment of an Islamic Caliphate. To do this, they murder all those that do not share their Wahhabi/Salafist and Deobandi views. ISIS, al Qaeda, Boko Haram, and Taliban (TTP, LeT, LeJ, Haqqani Network) all state unequivocally their intent on elimination of Kafirs (Apostates). Namely, Shia, Ahmadis, Sufis, (Also, tearing down their religious sites and blowing up their mosques, and destroying any monument to Mohammed (PBUH); the murder of Hindus, Christians, and other minorities. None of this as mentioned in the interview.

Amr Mousa: “You can find them in all societies, but so far as we are concerned we have to live with this problem…and trying to change the language; how to address people. How to teach Islam, the correct, tolerance that Islam is calling for.”

Terrorism on this level does not exist in society outside of Islamist Terrorism.

This is especially disturbing, to think that Mousa really believes that “frustration” creates Daesh!

Press question: “How do we get rid of ISIS?”

Answer from Amr Mousa: “A political solution, a fair political solution and a wise way in dealing with the causes of frustration that has caused the current of the terrorism in order to defeat Daesh. With only a military decision we might defeat Daesh, but, that’s Daesh 1, Daesh 2, will appear, Daesh 3, and 10, And the basic reason for the frustration, for hate, the unfair way that many of the young people believe they have been subjected to.”

Amr Mousa actually expects the public to believe that the solution to ISIS in Iraq and Syria should not be military, but a political solution? This strains credulity. (The above Amr Mousa comments are from November 21, 2015, Fox News interview with Amr Mousa, former Secretary General of the Arab League; former Egyptian Minister of Foreign Affairs).

The above misinformation and blatant obfuscation encourages U.S. political correctness. It keeps the Western society in the dark and dangerously uninformed. A more direct and informative video, narrated by Raheel Raza below, shares Muslim opinions and demographics that correct misconceptions. She broaches the subject of Muslim youth and some Muslim adults who are charmed and mislead by perceived victories from ISIS into radicalization. She addresses the failure of politically-correct thinking of the Western narrative that attempts to protect Islam – a religion that does not need protection – it needs clarity of intent, so that radical Islam can be clearly separated and distinct from orthodox Islam of our friends who live lives of peace and harmony, and are horrified as we are by murder innocents.

One may not agree with all of her presentation, but, the point I make is that the majority of her video offers important information to make sense of global Islamist terrorism in a way that does not patronize Muslims with a refusal to say Islam in the same sentence with terrorism.

By refreshing contrast to Amr Mousa, the former Secretary General of the Arab League, the Egyptian president spoke the truth with courageous clarity:

President Abdel-Fattah el-Sisi informed imams on New Years Day at al-Azhar University in Cairo. “We are in need of a religious revolution,” The speech commemorated the birthday of the Prophet Muhammad. “You, imams, are responsible before Allah,” el-Sisi said. “The entire world … is waiting for your next move … because [the Islamic world] is being torn, it is being destroyed, it is being lost — and it is being lost by our own hands.” Associated Press –

By contrast to the obfuscation of terrorist’s intent and blatant lies of Amr Mousa, the former Secretary General of the Arab League, another top Egyptian leader lives in the real world: President el-Sisi told the Islamic leaders several months ago, that they must lead a re-thinking of how their religion is interpreted and eliminate such extremism. “We have to think hard about what we are facing,” he said. “It’s inconceivable that the thinking that we hold most sacred should cause the entire [Islamic world] to be a source of anxiety, danger, killing and destruction for the rest of the world. Impossible!….Is it possible that 1.6 billion people [Muslims] should want to kill the rest of the world’s inhabitants — that is 7 billion — so that they themselves may live? Impossible! “You cannot feel it if you remain trapped within this mindset,” el-Sisi said. “You need to step outside of yourselves to be able to observe it and reflect on it from a more enlightened perspective.”

While the president’s speech was not widely covered by large news organizations, many observers praised el-Sisi for his courage and truth in his presentation to the Ummah.

Speaking the truth, offers the general public much needed clarity about the differences between Islam and Radical Islam.  “Islamic Terrorists” are indeed from the religion of Islam, but are radical in, i.e., Daesh (ISIS/ISIL), al Qaeda, Boko Haram, and Taliban are in fact cults, based on Wahhabi/Salafist and Deobandi ideologies within Islam. Wahhabism and Deobandis, which share ideologies that are similar: an uncompromising, puritanical and exclusive fundamentalist belief system that will kill men, women and children of any faith including any moderate Muslim who will not convert to Wahhabism or Deobandi belief systems. The Taliban in Afghanistan and Pakistan insist on an unremitting puritanical ideology- anti-innovation, anti-Shia, anti-Christian message to attract hard-core purists from fundamental Sunnis and moderate Muslims.