Home  »  Original Articles   »   We stand in solidarity with the grieving cities of Beruit, Paris and Baghdad – Riaz Malik Hajjaji 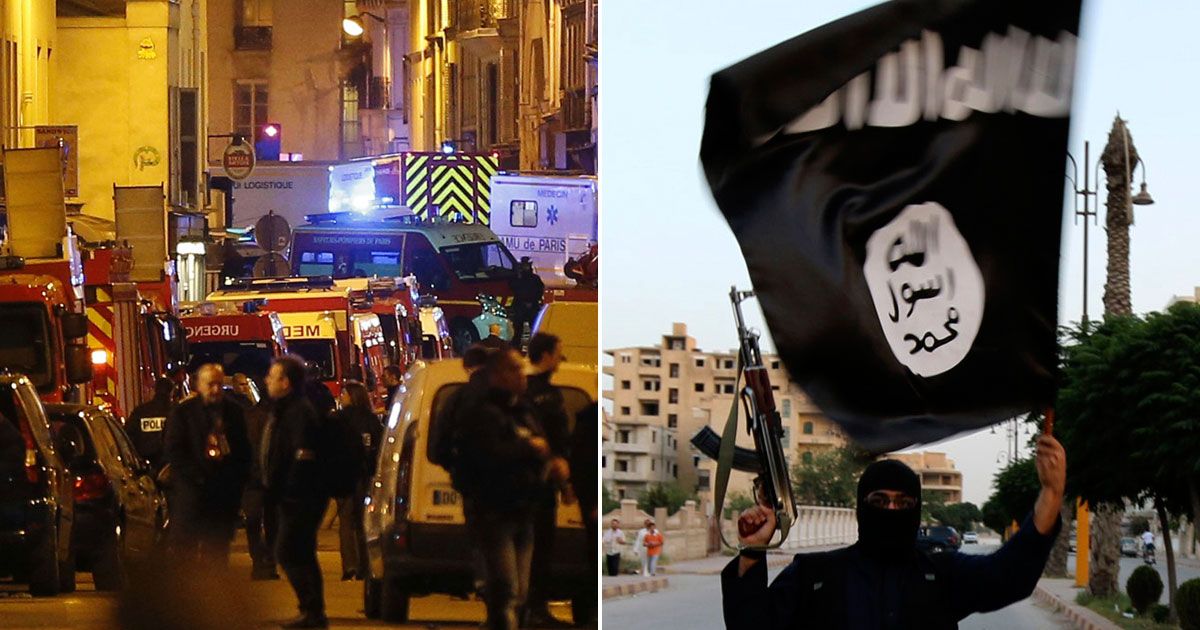 As we stand in solidarity with the grieving cities of Beruit, Paris and Baghdad – all of them the victims of the attacks of the same Takfiri Salafi/Wahabi menace bred and sponsored by Saudi Arabia, Turkey and Qatar.

As Saqlain Imam has correctly stated, the city of lights has never seen such a horrible attack since the Second World War. And May it never ever see such an attack again.

This should be an eye opener for the US, UK and its NATO allies that their continuous support to various Al Qaeda affiliates – the latest being the Ahrar al Sham – will blowback in the worst possible way on its innocent civilians. It has happened on 9/11, 7/7, Madrid, Fort Hood, Boston Marathon and yet we have not learned.

This event should open the eyes of those who are still relying on intellectual, dishonest frauds who create False binaries of Saudi = Iran and that slogan “Assad must go”. When some of us welcomed Putin’s fightback on ISIS and Al Qaeda in Syria after NATO and other dragged their feet for 18 months and actually allowed ISIS to grow exponentially – we were labelled “sectarianists”, “extreme Leftists” “Putin-istas” “Assad loyalists” and all kinds of other nonsensical garbage. Sectarian bigots pretending to be “Atheists” and “liberal” were cheering on these moderate rebels and the only ones they hated were those who were actually taking on ISIS and Al Qaeda in Iraq and Syria. And that happened to be the Syrian government, PMU, Hizbullah, Iran and Russia.

After Paris, we can no longer tolerate vague wishy-washy and dishonest terms such as “Islamists” – a pathetic euphemism that conflates the victim with the Takfiri Salafi, Wahabi and Deobandi perpetrators.

Atleast now, wake up and correctly identify these Takfiri scum from their specific faith identity. They are either Salafists-Wahabis if they are based in the Arab world, northern-Africa and Europe and Deobandi if they are from South Asia.

Shia and Sufi Sunnis are sick and tired of being conflated with these Takfiri scum. They have suffered the same as the Parisans for the last few decades. From Beruit to Kabul to Baghdad in the last week, these Takfiri scum have rained death and destruction. Last night they struck Paris too. And not for the first time.

US and NATO support for Al Qaeda in Syria and alliance with the Salafi Dons of Saudi Arabia has made Christianity nearly extinct in the lands of its birth. It has obliterated other minorities sects and faiths that had lived for millenniums in this land before the NATO-Turkish-US sponsored “Arab Spring”.

While ‪#‎ShiaGenocide‬ may be a tolerable outcome for the supporters of Al Qaeda aka “moderate rebels” aka FSA and the various other medieval barbarians, one can only hope that they care about their own homelands.

Today, the monopoly on terrorism is with US and NATO backed “moderate rebels” aka Al Qaeda and ISIS all of whom are Salafi-Wahabis. No Druze. No Shia. No Ahmadi. No Sufi

It is time that Senator McCain, PM Cameron, former SoS Hillary Clinton, President Hollande are hauled up by their citizenry and made to answer for their support to Al Qaeda who were dubbed as “moderate rebels”.

Solutions: Stop getting pimped around by Saudi Arabia and Turkey. Stop being the errand boy for the dark Saudi agenda. As Saqlain Imam proposes “Simply stop supplying weapons, bombers, missiles, teargas canisters, tanks and APCs to them. Their people will dislodge them. Houthis of Yemen had almost dislodged them, but the West crippled them by slamming UN security council’s approved sanction and blockade!”

No more support to the Salafi-Wahabi nexus of Saudi Arabia.