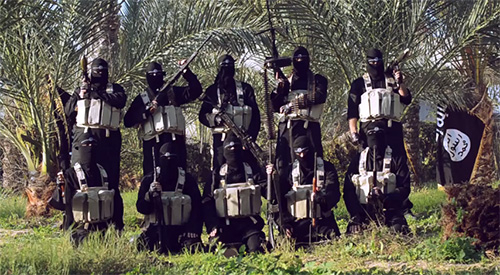 Now that you have pinpointed the presence of Water on Mars, please use the same technology to pin point ISIS in Syria. Please don’t let Mother Russia take all the credit. And Do all the bombing.

Yes, yes, we know that they are bombing the “moderate rebel civilians” aka Al Qaeda and its various avatars like Jabat Al Nusra, Ahrar Al Sham etc. But don’t worry, they will not be able to locate the 4-5 rebels that you still have in Syria from your $500 million investment there.

By the way, isn’t it amazing that you have made Al Qaeda, the Elephant in the Room and equated this diverse array of multi national Jihadists with the “overwhelming majority of the Syrian population”. I assure you that the overwhelming population of Syria – the Druze, Christains, Alawites, Kurds, Shias and Sunnis are really looking forward to being ruled by the Takfiri Salafi-Wahabi Al Qaeda – as opposed to the Takfiri Salafi ISIS.

The one year of bombing Syria and Iraq with your “allies” like Saudi Arabia, Turkey, Qatar and Jordan has not really yielded much. Unless ISIS is hiding beneath all the water reserves on Mars and Europa – thats Europa the planetary Moon and not Europe the continent. Then again, you have to admit many of the ISIS folks did come from Europe. But you can’t blame them. I heard about Bashar Al Assad’s cruelty to the ISIS recruits from France and how he oppressed them by ordering cream cheese with croissants! Cream cheese with Croissants??

And don’t even get me started on how Bashar Al Assad regime tortured the Liverpool fans by siding with Arsenal. Why else would the British recruits, inspired by Coach Anjem Choudary join Al Qaeda. Ooops FSA. Ooops ISIS.

Now, now, I am glad that your media is Independent. Unlike the “State controlled media” of Russia. It is the independent spirit of your media that made them avoid questioning you on how you can state, with a straight face, about how the “overwhelming population of Syria” is against Assad ?

It is the objectivity of FOX, CNN, CNBC, CBS and ABC that made them avoid asking the question of whether the “overwhelming population” of Yemen and Bahrain support the Saudi kings and their fellow despots? Just like the overwhelming population of Saudi Arabia, Jordan, Egypt, Qatar and UAE – your allies in the region elected their “heads of State”. Strike that. They didn’t elect their “Heads of State” – they just really enjoy “Heads on Stakes” from the regular beheadings and crucifixions. Really lovely allies you have in the region.

Don’t worry about Pakistan. Here we have Tahir Ashrafi to absolve the Saudis. He is doing a great job in fighting the criticism against Saudis on their alleged role in the Mina Tragedy. We all know it was them Africans and Iranians who are responsible. Because Mecca and Madina are not located in Saudi Arabia but in Tehran and Nigeria.

Along with Tahir Ashrafi, we have many of his liberal devotees and Muawiya Marxists and Sufyani liberals and the token Uncle Tom Shias. These fine folks wear their rationality on their sleeves – unless its believing in your Exceptionalism and Infallibility. Its not like you have made any mistakes (wink wink Iraq 2003, 1983, 1960s, Vietnam, ……,

– even if you are not fighting Al Qaeda – who attacked you on 9/11 – unlike ISIS who gestated out of Al Qaeda in Iraq – and then made its way via Libya to Syria and then back to Iraq – via Turkey. Because supporting Saudi Arabia to bomb Yemen – to create more space for Al Qaeda and ISIS – who were being squeezed out by the Houthis – who are the target of Saudi bombing in Yemen. As Saudi Arabia is the hub of Democracy and Human Rights and billion dollar arms deals and Gold furnishings and Salafi-Wahabi ideology.

Ignore the last paragraph just as your media has. 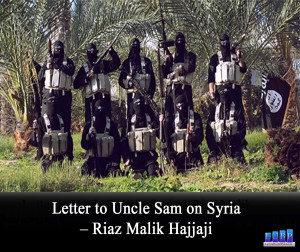