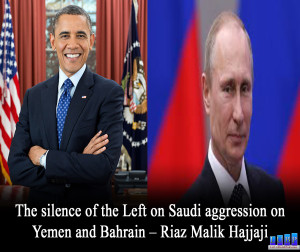 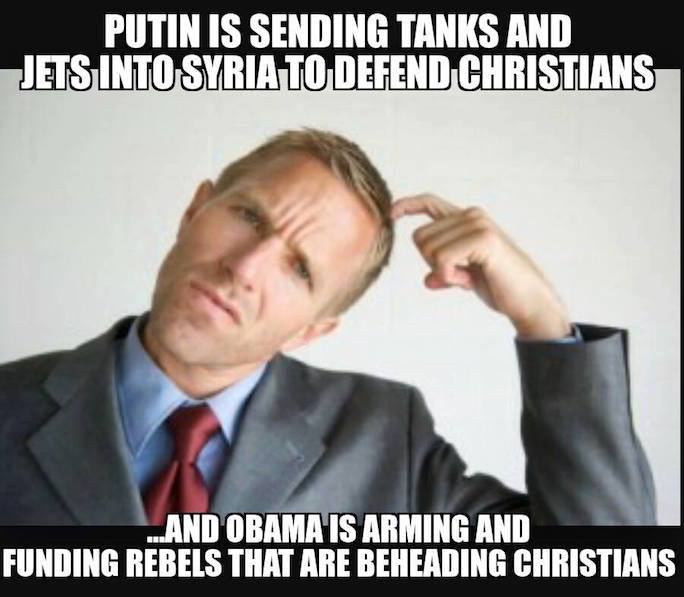 The world has flipped. Sections of the Left are wrong in portraying Salafi-Wahabi and Deobandi terrorists groups like ISIS/FSA/Al Qaeda, Boko Haram, ASWJ-LeJ, Taliban and Al Shabab as “misunderstood” “deprived” and victims of “economic deprivation”. Sections of the Left are also wrong in portraying these terrorist groups as SOLELY an outcome of “colonial interference”. The Left has completely lost it as far as its acquiescence to Saudi aggression on Yemen and Bahrain – not to mention the Saudis, Qataris and Erdogan being the driving force behind ISIS and Al Qaeda in Syria and Iraq.

With the Clintons and Blair on one end of the Left spectrum and Tariq Ali type apologists on the other, the Left has much work to do in disentangling itself from the clutches of some of the most virulent and retrogressive regimes.

Sections of the Right – with all their intolerance of basic social liberties and disregard for sound economic and governance theories – are more honest. While it is nauseating to hear Donald Trump on immigration, the economy and the environment, he is right in supporting Russia on Syria.

No one will disagree that the Assad regime is a brutal dictatorship just as no one can deny that the destruction of Syria is absolutely a Post – “Arab Spring” event. Saudi Arabia executes a dozen protestors a week yet half of its territory has not been overrun by Jihadists imported from Belgium and Pakistan via Turkey.

This has already happened in Syria – a major part of whose territory has been overrun by Chechans, Uighirs, Libyans, Pakistanis, Brits, Germans, French – you know all those who were suffering under the Assad Regime

Similarly, it is hypocritical to selective criticise the Syrian government for its use of barrel bombs in a civil war but stay silent or worst, collaborate with the brutal Saudi bombing in its attempted invasion of Yemen.

Which is why it is sad to see men of the calibre of SoS Kerry and President Obama repeating the same propaganda as the Saudis on Syria.

Just a couple of years ago, sect-baiting bigots from Pakistan and India, disguised as “liberals” were cheerleading ISIS and Al Qaeda in Syria and Iraq. Back then, we knew these cannabalistic, rapist sex slave traders as the “Free Syrian Army”. Today we know them as various different divisions of ISIS and Al Qaeda which both share the same ideology – and even the same weapons. In spending $500 million to train between 5 to 5000 “rebels”, why is it that so many have “defected” to ISIS. And why is no one talking against the Al Qaeda “rebels”? The bs of promoting the multi ethnic Al Qaeda as “Arab nationalists” is a cruel joke.

The United States seriously needs to revise its policy on Saudi Arabia. The very future of humanity is literally at stake here. As they currently stand, both the Left and the Right need to realise that they are intellectually ill equipped to understand the current situation in the Middle East. Iran, for all its oppressive domestic practices, is the bogey man – it is actually the Saudis who have imported their “Spring Revolution” all over the World. Similarly, it is repugnant to view the situation through selective and dishonest “Sunni vs Shia” binaries – Its not just Sunnis and Shias but even Sufis, Christians, Druze, Chaldeans, Yezdis and Kurds who are all suffering from Salafi-Wahabi terrorist groups.