In a recent report, AFP not only (deliberately) omitted the crucial context that formed the background of Allama Tahir ul Qadri’s protests – they also used disgraced and controversial anti-Ahmadi hate mongers like Tahir Ashrafi as their sources.

This report was typically picked up by both Express Tribune and DAWN and distributed widely.

In a glaring display of pathetic and shoddy journalism, the Associated Foreign Press (AFP) conveniently left out any mention of the Model Town massacre of Tahir ul Qadri’s activists.

In 2014, just a day after the Pakistan Awami Tehrik’s (a Sunni Barelvi organisation) leader, Dr. Tahir ul Qadri voiced his opposition to the violence of the Deobandi Taliban, nearly 100 of his activists were dragged out of their legally-owned headquarters, beaten and shot dead or wounded. This action was undertaken by the Punjab police under the supervision of PML N ministers Rana Sanaullah and his boss, the Punjab Chief Minister, Shahbaz Sharif.

The following links provide the relevant background on how the ruling PML N government and sections of the superior judiciary and media actively collaborated to derail the investigation of this massacre.

The pathetic report by AFP does not even bother to mention that the leading cause of the protests against the government were because of their active role in perpetuating this massacre! 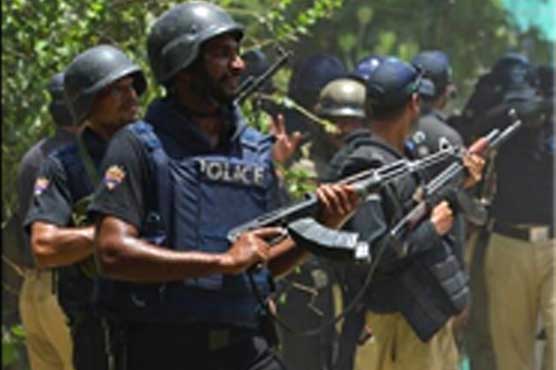 It was mentioned in the report that Punjab government’s June 17 action was illegal.

It is shoddy and biased journalism like this AFP “report” that discredits the journalist nexus that provides the information and sources for such rubbish. In Pakistan, powerful journalists like Najam Sethi, Beena Sarwar and Sherry Rehman and their various “proteges” hold the most influence amongst gullible and lazy foreign journalists and correspondents. It is they who continue to promote hate mongers like Tahir Ashrafi.

This sorry excuse of a “report” by AFP bears all the hallmarks of being produced by the same nexus referred to.  Both the Fifth estate and the Superior Judiciary in Pakistan is deeply compromised in favour of the ruling PML N establishment and this report is a perfect example of the spin that passes for journalism in Pakistan.

“Pakistan Tehreek-i-Insaf’s youth wing president Zubair Niazi filed the petition and contended that the Punjab government had put the inquiry report in cold storage like many judicial inquiries held in the past.

He said Justice Ali Baqar Najafi (tribunal) handed over its report to the government but it was deliberately avoiding release of the report in order to protect the people responsible for the killing of supporters of the Pakistan Awami Tehreek/Minhajul Quran.”

The AFP report then goes on to use disgraced anti-Ahmadi and anti-Shia hate monger and publicly drunk Deobandi mullah, Tahir Ashrafi as a source in its one-sided “report” on Dr. Tahir ul Qadri.

““Qadri always wanted to get a top political office in the country with the support of the powers who themselves stay behind the curtain,” said Tahir Ashrafi, another cleric and chairman of the Pakistan Ulema Council, a representative body of the country’s religious scholars.”

Clearly, both AFP and their biased source, Tahir Ashrafi are oblivious to the obvious hypocrisy when referring to “the powers who themselves stay behind the curtain”! 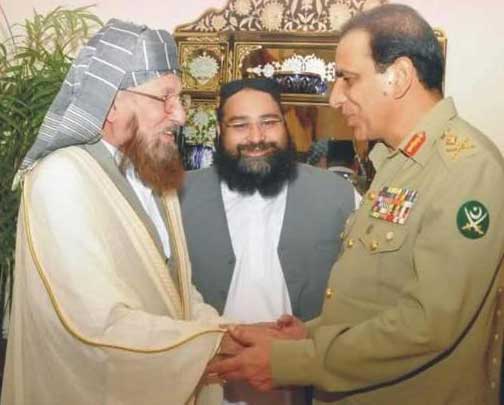 Tahir Ashrafi facilitating the Deobandi-Establishment “bond” that lead to the murder of 70,000 Pakistani civilians and soldiers by the Taliban and other ISIS-affiliated banned terror groups

AFP is using the same Tahir Ashrafi as its main source without bothering to highlight: 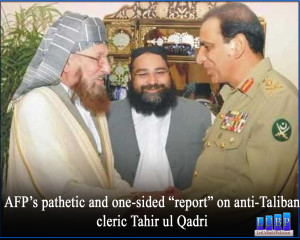