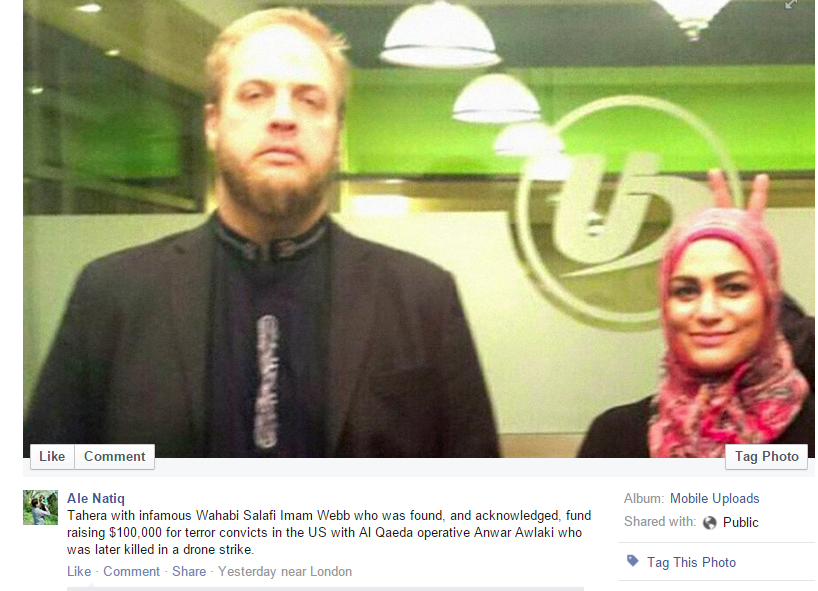 Brother Pablo Escobar, if you are listening, please supply some Coke to Sister Tahera. I request Pakistan’s Sufyani Liberals to stand up against the Conspiracy of former United Airways employee – who has subsequently been fired for not providing a Can of unopened Coke to Sister Tahera!

This is conspiracy by Pepsico against the Ummah! Just to be clear, this Ummah does not include Shias or Ahmadis and Sunni Barelvis and Sufis. Ummah is now purely homogenised Salafi-Deobandi like Sister Tahera and her anti-Shia friends like Yasir Qadhi.

Sister Tahera never gave a damn about ‪#‎ShiaGenocide‬ because we all know that Shias are Pepsi drinkers.

Please stand up against Ale Natiq and his mocking of Sister Tahera and Daughter-of-Nation Aafia Siddiqui and her Father-in-law- of -Nation Al Bakistan.

For now, Sister Tahera is has just been denied an unopened can of room temperature Coke. What if tomorrow she is denied an extra bag of stale peanuts just before landing. The horror. The horror.

Therefore, denying Sister Tahera an unopened can of Coke during a short flight might cause her to do something similar. As a leading light of the (Salafi-Wahabi-Deobandi) Ummah) I bet the fired Air hostess on the United Airline Flight was a Shia whose ancestors sold out the Caliphs who were oppressing them.

Islamophobia, i.e., a phobia against a non-material entity such as a belief system is real! But #ShiaGenocide is Not! 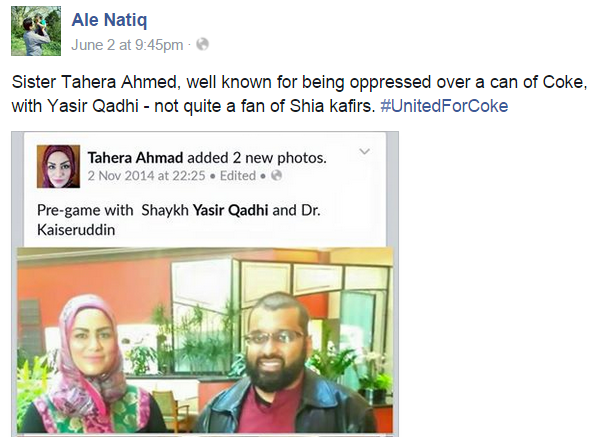 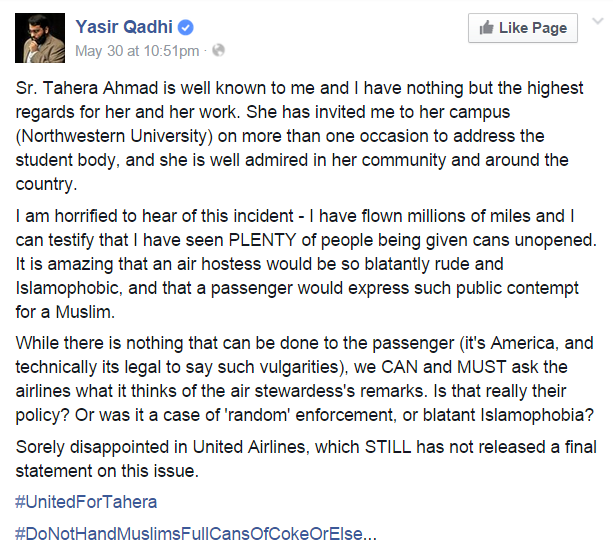