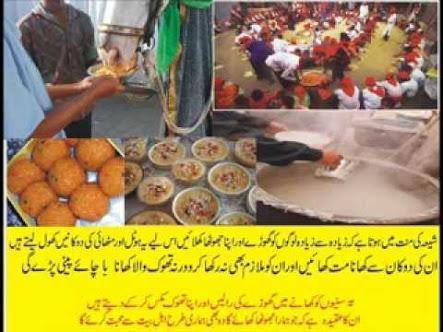 What is wrong with these people?? They want to accept Abu Talib Kafir as a muslim but criticise Real Muslim Sahabas like Caliph Abu Sufyan and Khalid Bin Walid who made his bones during Uhud and Invasion of Mecca and “Ridda Wars” by killing other muslims. Ooops, scratch that, we don’t talk about “that stuff”

Why cannot the Rafidi lobby who is doing shirk by commemorating Birthday of Karbala rebel Hussain Ibne Ali also commemorate the Birthdays of Real Muslims like Caliph Muawiya Bin Abu Sufyan – the Sahaba-Script writer of many hadiths and the founder of the Democratic Republic of Ummayad Caliphate?

Instead they are commemorating Karbala Rebel Hussain ibne Ali who defied Caliphate, did not use funds and special favours to raise large armies and instead sacrificed himself and all those family members and companions who refused to abandon him ….. FOR PRINCIPLES!!!

This is too much. I am having acid reflux. But the Rafidis and Mushrikeen (Sunni Barelvis) are using up all the milk for Kheer-Kunday Niaz which is Biddat – as opposed to engaging in acts of Wanton slaughter of progressives by the Deobandi ASWJ-LeJ – which is the sharia of Caliphate of Ummayad and Abbasiad

When the Rafidis and Musrikeen and Hindus commemorate Karbala rebel Hussain Ibne Ali, think of me as the protagonist/Heroine in “Exorcist” – you know the main character who is Demonically Possessed and starts acting up every time Christ is mentioned. That is how us Deobandi-inspired Jamaatis feel every time Rafidis bring up Hussain Ibne Ali.

For us Deobandi-influenced Jamaatis/Muawiya Marxists/Sufyani liberals, the mention of Hussain Ibne Ali and Abu Talib elicits the same reaction as the mention of Christ does to the Demonically possessed girl in the “Exorcist”. 1400 years of repressed jealousy just spews out.