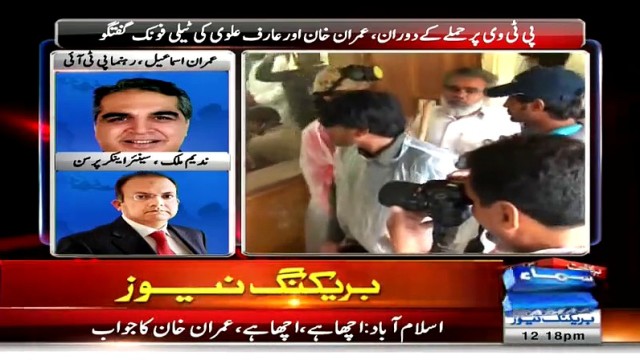 In the last few weeks, a number of “leaks” have been carefully released by invisible agencies to mainstream and social media. All of these leaks are against those parties which were a part of or supporters of Imran Khan and Tahir ul Qadri’s sit-in against the Saudi backed pro-Taliban PM Nawaz Sharif.

We have seen leaks against PTI, and also against MQM which supported the Islamabad sit-in led by Imran Khan, Tahir ul Qadri, Hamid Raza, Nasir Abbas and J. Salik.

We have also seen leaks against PPP, the party which opposes the Taliban and ASWJ terrorists.

Why is there no leak against PML-N? Why no confession videos by Akram Lahori and Malik Ishaq? Or by Mengal and Farooqi? Or by those police officers who massacred 14 Sunni Sufis of PAT in Lahore on the order of CM Shahbaz Sharif?

Clearly, a certain pro-Deobandi rogue section in the establishment wants to undermind General Raheel Sharif’s Operation against TTP-LeJ-ASWJ terrorists. Therefore only those parties are being attacked which support the military operation and military courts against terrorists.

These loyalists of PMLN, Saudi Arabia and TTP-ASWJ are rogue elements. General Sharif must remove them from agencies and order court martial against them.