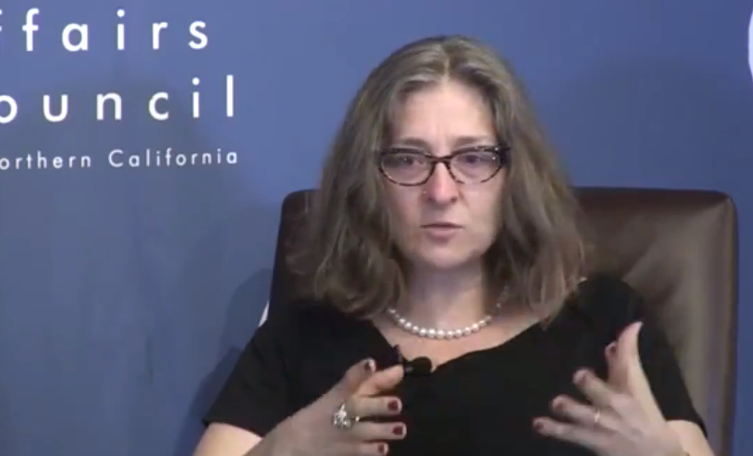 The most recent militant group to serve in Afghanistan on Pakistan’s behalf is the Afghan Taliban, they certainly are the most recent but they are not the only one part of that. There is a whole fleet of other organizations that propped up. So that’s in Afghanistan.

Now bear with me for a minute because it’s really important to get these groups straight.
In Islam, just like there are in Christianity and Judaism, there are many interpretive traditions. Most of the militant that we are talking about come from one and that is called Deobandi and it is important to know this because all of the groups of Deobandis have a common ideological infrastructure eg mosques, madrassas and religious scholars who issue Fatwas to justify what they do and these also become really important recruiting networks, and they also have ties to Deobandi political parties.

So, the vast majority of groups that we see operating certainly against our interest in the region are Deobandis. This is important because in 2001 when we forced the Pakistanis to support our war in Afghanistan, many of Taliban’s Deobandis allies turned against the Pakistani State even though the State had been their patron.

And think about this for a second. In some sense, these follows were training with the Talibans they were in their camp. In 1988, when we sent cruise missiles to go after Al- Qaida in Khost, we actually killed some of Pakistani militant organizations so they felt that Taliban had finally achieved a Sharia under their ideological umbrella and the State was being forced by Americans undermine this amazing accomplishment.

So these Deobandi organizations, some of them stayed loyal to ISI many of them did not, and those groups began targeting the Pakistani State and began doing this actually at end of 2001 and early 2002. And this begins the emergence of what started to operate in 2007 under the banner of Pakistani Taliban.

Now the other Jihad that ties into these Pakistani Talibans is the Jihad in India. Again Pakistan has cultivated a zoo of militants exclusively to kill Indians, some of these are Deobandis. So going back to the Pakistani strategy of saying how come you are saying that we are supporting terror we are the victims of terror, while their strategy about TTP and other Deobandi militant groups is like a lumpy soup and then take a part of that soup and say: please, can you go and please kill American in Afghan, and some of them say yes sir, we will, just give us some money and we are on our way. The other part of the strategy is to take these groups that used to be more focused on India and say that any thing we can get you to kill Indians, and one of the primary vehicle for these Deobandi groups is called’ Jaish-e- Mohammad’ and this ties is into shelling in the folk because they use to shelling to insert these terrorists.