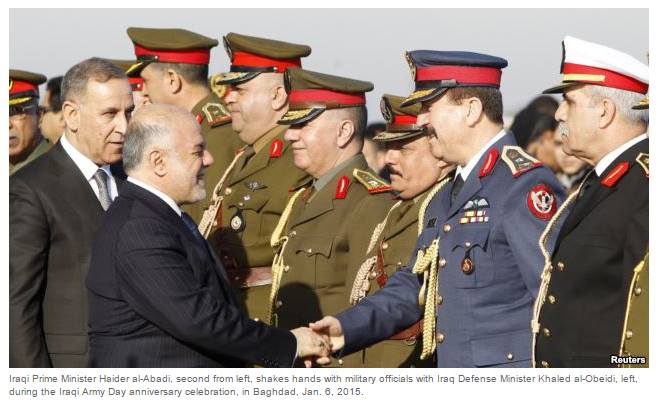 In the background of the Iraqi Armed forces’ recent success against ISIS in Tikrit, some naive  Pakistani Shias are displaying pictures of Qasem Soleimani, Hassan Nasrallah, Khamenei while others are foolishly displaying flags and banners of Iran, Hezbollah etc.  On social media, some non-Iraqi Shias are doing a major disservice to Iraqis by giving unnecessary coverage and importance to Iran’s Qasem Soleimani and other Iranian military advisors in Iraq.

This only helps perpetuate the false Saudi-Iran and Sunni-Shia binaries that the Deobandi and Salafi bigots and terrorists want to construct to justify the genocide of Sunnis, Sufis, Shias, Kurds, Yezidis, Druze and Christians in Paksitan, Nigeria, Iraq, Syria and elsewhere at the hands of Al-Qaeda, Taliban, ASWJ, ISIS, Al-Nusra, Boko Haram etc.  In spite of the best efforts of Saudi-influenced hacks and “secular sectarians”, the reality on the ground is that the recent victory by the Iraqis against ISIS is largely an indigenous effort that has united Sunnis and Shias against the global Takfiri Salafi-Deobandi mercenaries who have brought such destruction to Iraq.

The following extract from a media report highlights the ground situation:

It would once have been all but unthinkable for a member of Iraq’s Sunni Arab minority to join a Shiite militia, but opposition to IS, which overran large areas north and west of Baghdad last June, is transcending deep-seated sectarian divisions.

“The whole world is surprised by this — it’s the first time in the history of Asaib that they formed a Sunni unit,” said Mohammed, standing with a Kalashnikov assault rifle hanging at his side.  Source The poweful Saudi lobby in Western and Middle Eastern mainstream media is using a similar discourse to construct false Sunni-Shia or Saudi-Iran binaries which in effect help ISIS and affiliated terrorist outfits. And these Saudi propagandists are failing!

The war against ISIS is primarily Iraq’s indigenous war in which Shias, Sunnis, Christians, Ezidis and Kurds are united against ISIS, Al-Qaeda, ASWJ and other affiliated Salafi Deobandi outfits.

More than anyone else, be it Iran, USA, Saudi Arabia or Lebanon, the credit goes to honourable Iraqis, particularly to the Shia, Sunni Sufi and Christian members of the Peoples Mobilisation Units, the Kurd Peshmerga, and Iraqi Security Forces (ISF), who are sacrificing their lives to eradicate the Takfiri terrorism of ISIS from Iraq.

We salute PM Haider al-Abadi, the Commander-in-Chief of Iraqi Armed Forces, on the glorious victory in Tikrit. Al-Abadi is the man who was able to unite Iraq’s Shia, Sunni, Christian and other communities for a united strategy against ISIS. Of course, one cannot deny the importance of expertise, equipment and assistance provided by military advisors of Iran, USA, Lebanon, Syria and other countries. But the primary credit of ISF’s advances against ISIS goes to Iraqis and their own elected PM.

We also salute Khaled al-Obeidi, the Iraqi Defence Minister, Grand Ayatollah Sistani on his fatwa for the Sunni-Shia unity and a humanitarian code of ethics for war, numerous Iraqi fighters and heroes including Abu Azrael and Rehana whose role in ISIS’s eradication must not be ignored. 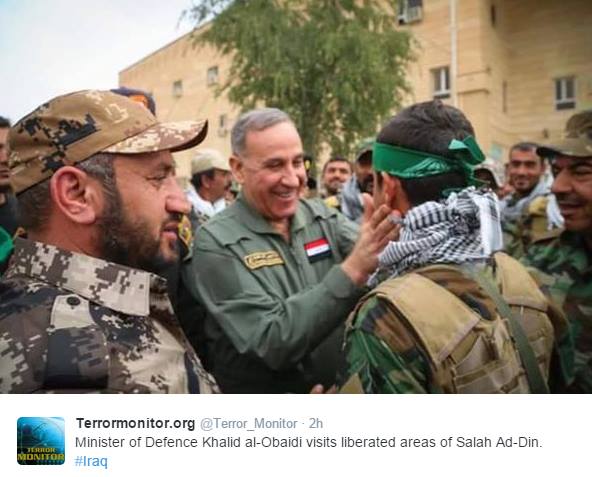 If you are in Pakistan, focus on Pakistani heroes, folks! Iraqi Rambo! Iraqi warrior: With his thick beard and fearsome axe, Abu Azrael is one of the most feared soldiers among the Iraqi forces fighting ISIS. (Source: Daily Mail)