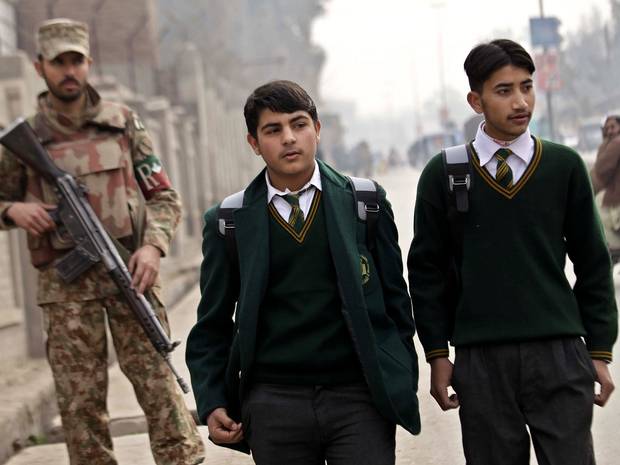 Living in the Middle East makes you particularly hateful of political correctness. I’ve often recalled how I’m wished a “Happy Christmas” by Muslims in Beirut but am personally enraged when I’m greeted with “Happy Holiday” by New Yorkers. The further you go from the land of three religions, the more frightened you are to utter their name. I noted how an “Asian gang” were held responsible for the rape of underage girls in Oxford 18 months ago – but never called Muslims. Now I’ve discovered a flipside version of the same correctness.

In Rotherham, up to 1,400 children were sexually abused, predominantly “by gangs of British-Pakistani men”. That’s how it was reported. In a 2010 case in Rotherham, five men found guilty of sexual offences were “of Pakistani heritage”. Abid Naseer, convicted in New York last week of participating in an Al-Qaeda bomb plot, was called “a Pakistani student”. And the Rochdale resident Nazakat Ali, sentenced to 15 years last week for stabbing his wife 14 times because she wanted to take English lessons, was referred to as “a Pakistani man”. Abid Naseer has appealed. And the British MI5 agents who gave evidence in the US in make-up, wigs and a beard, scarcely added lustre to James Bond’s lads and lasses.

But the real problem for me were the phrases “British-Pakistani men”, “of Pakistani heritage”, “a Pakistani student” and “a Pakistani man”. Save for a passing reference to Naseer’s upbringing “in Peshawar, Pakistan, in a wealthy, middle class family” – his father was a government contractor and property developer – I could not find a single reference, anywhere, which might lead us to take a second look at the national identity of all these men. The last time this phenomenon occurred was in the 9/11 crime against humanity, where the perpetrators were usually described as “Muslims” or “Arabs”, but where the nationality of the majority of them – 15 of the 19 were Saudis – either disappeared from the story or failed to provoke any reflection. Why so many Saudis? And now, why so many Pakistanis?

The problem, as almost anyone in the Middle East will tell you, is that Pakistan itself is a deeply corrupt, politically savage and physically broken society, founded – like other dangerous nations – on the basis of religion, carved out, in Pakistan’s case, as a homeland for India’s Muslims. It was created as well over seven million Indian Muslims crossed the British partition frontier in one of the greatest migrations of souls in history. So ill-managed was this venture that within three decades, Pakistan was “re-partitioned” by the loss of West Bengal in a war that witnessed frightful atrocities by soldiers of the Pakistani army.

Now, I’m one of the few Brits I know who likes Pakistan. Although its history, its society, its attempts at democracy, its films – even its food – are recognisably Indian, its people have maintained their dignity. Their love of books, their admiration for the rule of law (the courage of the country’s lawyers is, alas, in inverse proportion to their achievements) and their sense of national pride in education, make Pakistan a wonderful country for any visitor – if the traveller can avoid being kidnapped, raped, murdered or imprisoned. For Pakistan wilfully became an “Islamic Republic” and allowed the worst perversions of religious bigotry to overwhelm its population. Child marriage, “honour” crimes against women, violent patriarchy, mass slaughter of religious minorities, political assassination and corruption – from the shoe-shine boy to the presidency – have blighted the lives of all 182 million of its people.

The Taliban is as much a child of Pakistan as were the Afghan mujahedin fighters who struggled against the Russian army. The Pakistani Inter-Services Intelligence became a tool of the Russians, the Afghans, the Saudis, the Americans – Turkey’s intelligence agencies are fast acquiring the same reputation now they “control” the access routes to Isis-Syria, the Arab Afghanistan.

The Pakistani commission of enquiry into the US assassination of Osama bin Laden – another of Pakistan’s frightful “guests” – was immediately suppressed by the government; and a thorough reading of its pages (courtesy of an Al Jazeera scoop) demonstrates why. Here, for example, is the chief minister of what we used to call the North West Frontier province – by chance, the original home of Abid Naseer – speaking of his own country. “In Pakistan, individuals including dictators mattered more than institutions and processes… The governments of the past had not displayed a real allegiance” to Pakistan. “We are a very weak state and also a very scared state. We will take anything and not respond.” The minister said a US intelligence official had told him: “You are so cheap … we can buy you with a visa, with a visit to the US, even with a dinner…”

The great and late Pakistani philosopher Eqbal Ahmad – a friend of the equally late Edward Said – described the relationship between Pakistan and America: “There is an increasingly perceptible gap between … our move toward revolution and America’s belief in the plausibility of achieving reforms under the robber barons of the ‘third world’, our longing for  absolute national sovereignty and America’s preference for pliable allies.” The gap was widening, Ahmad said, “between our sorrow and America’s contentment”.

This national tragedy does not – how often one has to go through this mantra – excuse the grotesque behaviour of the gangsters mentioned above. But it provides a detective’s clue to the crimes, a periscope view of the dark land from which all these men came, a geographical centre for the sick abuse of female children, the assault on women, the belief in absolute violence.

So don’t be politically correct. Call it Pakistan.

On a visit to Belfast, I grabbed that mainstay of all veteran Northern Ireland journos, the Belfast Telegraph, the “Bel Tel” as we used to call it in the ’70s. It was always scrupulously non-sectarian and soaked in the oldest clichés in journalism. Imagine my relief when I discovered nothing had changed. Efforts are still “bids”, and a local man who “rubbed shoulders with the cream of Hollywood” (yuk) celebrated a Bafta as a “shot in the arm” for Northern Ireland’s films.

But it got better. A local seafood restaurant planned to “tickle the tastebuds” of its customers, while a poll’s conclusion that the Northern Ireland accent was “sexy” was due to the “dulcet tones” of Liam Neeson. And – horror of horrors – Amal Clooney (representing men brutally interrogated by the Brits in 1971) was “one of the most photographed barristers in the world” who “hit the headlines last year when she married Hollywood heartthrob George Clooney”. Why, it seems only days ago that our “heart-throb” “popped the question” (Daily Mirror) to the lawyer whose resume includes (the “Bel Tel” again) “some of the most seismic legal cases in the world” – the return of Julian Assange to Sweden and the Elgin Marbles to Greece. The paper depicts Mrs Clooney in a pink suit – so no wonder “the column inches focus on her stunning looks and fashion”. Maybe this was the paper’s contribution to the Good Friday agreement: to bore the antagonists to death with clichés. And then, I suppose – whoops! – the guns fell silent!