There are scores of vides on Youtube where Deobandi clerics and leades in ASWJ’s rallies are chanting hate slogans against Shia Muslims, Sunni Sufis and other communities. Ahmed Ludhyanvi Deobandi, the head of this banned outfit, is frequently promoted by Geo TV and its anchors such as Hamid Mir, Najam Sethi, Saleem Safi etc.

ASWJ and its takfiri Deobandi affiliates Taliban and LeJ have killed more than 45,000 Sunni Sufis and 22,000 Shia Muslims in Pakistan.

It’s our appeal to PEMRA to cancel the broadcasting license of Geo TV and impose heavy penalties on its owners, producers and anchors.

We also appeal to Pakistan army to urge the Nawaz Sharif government to take action against Geo TV. 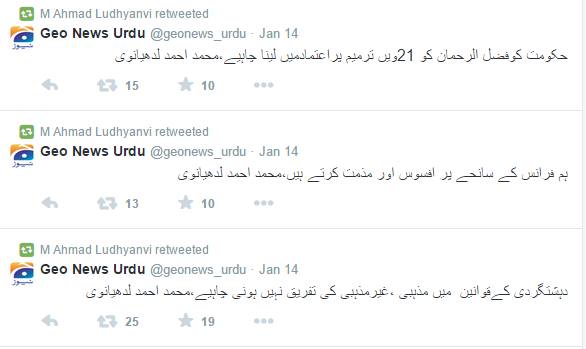 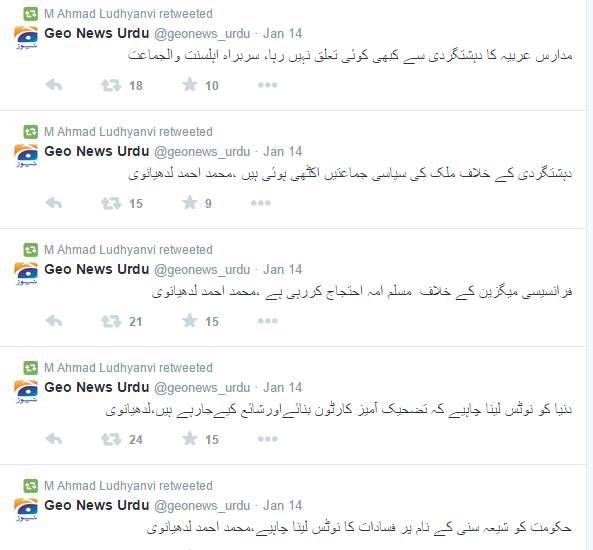