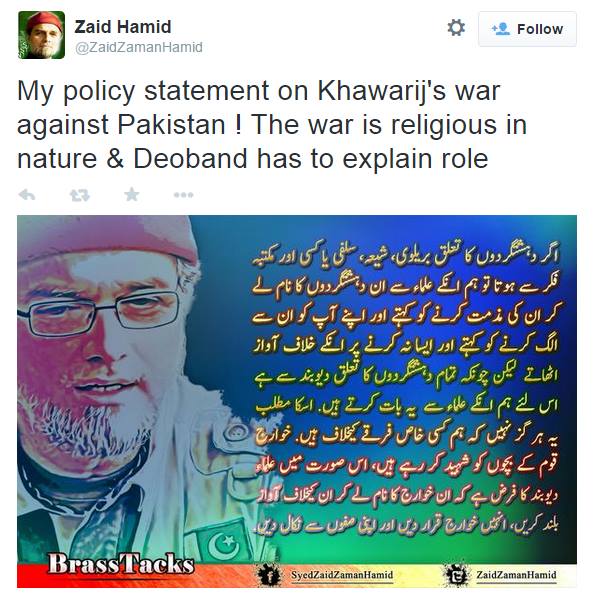 Zaid Hamid and Ahmed Noorani are two of the most powerful and clear voices in Pakistan against takfiri Deobandi terrorists of Taliban (TTP) and Sipah-e-Sahaba (ASWJ). This clarity is completely lacking by fake liberal thugs such as Najam Sethi, Sherry Rehman, Beena Sarwar, Nadeem Paracha etc.

While one may disagree with other opinions and positions of ZH and AN, as I once said, soil on the soles of Zaid Hamid and Ahmed Noorani’s shoes has more integrity than the entire works of Nadeem Paracha and Najam Sethi.