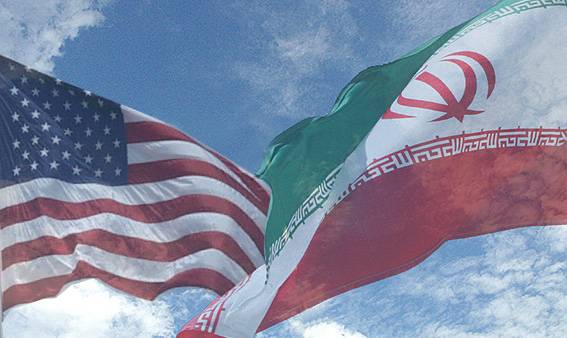 There is immense pressure on both sides, Iran and the USA, to continue on a path of diplomatic confrontation. For the United States, there is a concerted effort by the sectarian Salafist Saudi/Qatari/Turkish lobby to scuttle any chance of a deal to stall nuclear enrichment in Iran or even have a diplomatic thaw in relations.

Similarly in Iran, there is immense pressure on the Rouhani Government to end talks with the G5+1 on the nuclear deal issue. Many Iranians are simply too distrustful given the lack of flexibility shown by the United States on this issue.

The biggest beneficiary of the roadblock in US-Iran relations is ISIS and its creators and facilitators like Saudi Arabia, Turkey and Qatar. With ISIS creating savagery and mayhem in the region, the only interests that are being served are the narrow interests of the Gulf monarchs and the regional ambitions of the sectarian Erdogan. The medieval Caliphatist obsessions of the Gulf monarchs and Erdogan triumph the interests of not just Iraq and Syria but that of the citizens of Turkey and Saudi Arabia as well.

NATO needs to re-evaluate its allies in the war against ISIS. From 9/11 to 7/7 to the Boston Marathon attacks, not ONE attack is related to Iran. All attacks can be traced backed to Wahhabi-Deobandi extremists whose ideology is funded by Saudi Arabia and Qatar.

The United States can no longer ignore the threat of ISIS. The number of North American and European Wahhabis and Deobandis who have joined ISIS through Turkey numbers are in the thousands. What happens when they return?

These are the questions that the United States must ponder instead of allowing sectarian bigots and Pro-Saudi propagandists to continue with their obfuscations. One example of such an obfuscation are the views expressed by Ali Khedery here. His views are a good example of the unsubstantiated propaganda that is being used to misguide US foreign policy vis-à-vis ISIS

“Maliki’s misrule in Iraq and Assad’s misrule in Syria, and their cooperation along with the Iranians and Hezbollah to wage a campaign of genocide, led to a region-wide sectarian war while the United States under President Obama stood back and watched and did nothing as the violence spiraled further and further out of control,” Khedery argued in August.”

Someone should inform Ali Khedery that it is the Saudis who, through their patronage of the Wahhabi and Deobandi ideology have promoted the Genocide of Sunni Barelvis, Sufis, Shias, Christians, Yezidis and other faith groups.

These are the facts that are deliberately omitted by dishonest propagandists like Ali Khedery whose sectarian anti-Shia agenda is exposed. Here is another fact that Mr. Khedery leaves out.

“….Prince Bandar bin Sultan, once the powerful Saudi ambassador in Washington and head of Saudi intelligence until a few months ago, had a revealing and ominous conversation with the head of the British Secret Intelligence Service, MI6, Sir Richard Dearlove. Prince Bandar told him: “The time is not far off in the Middle East, Richard, when it will be literally ‘God help the Shia’. More than a billion Sunnis have simply had enough of them.”

Iraq crisis: How Saudi Arabia helped Isis take over the north of the country

Notice how Khedery conveniently omits any mention of Bahrain where a pro-democracy movement has been brutally suppressed. ISIS has also committed massacres of Arab and Sunni Kurds – facts which highlight the sheer intellectual dishonesty of Khedery’s propaganda to justify the savagery of ISIS as a reaction to misrule!

If sectarian propagandists like Khedery are continued to spout their dishonest drivel, then any chance of countering ISIS is doomed and we should be prepared for them in our Homeland.   The interests of these propagandists lie in protecting the Saudis and the Erdogans from any accountability for creating and supporting ISIS.

The detractors may spin it as they wish, from Africa to Europe to Asia US and Iran share a joint threat by the Takfiri Deobandis and Wahhabis. They hide under various names like ISIS, Boko Haram, Al Shabab, Sipah e Sahaba or Taliban. New names will continue to be invented or new organizations formed but the fundamental disease of Takfiri fascism remains the common core of the problem.