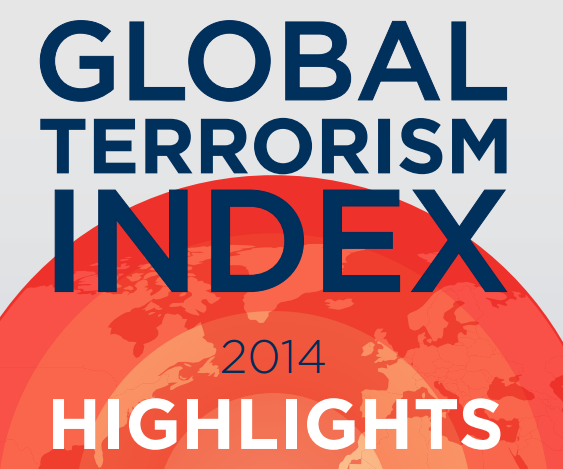 Global Terrorism Index 2014 reports that over 80% of the deaths from terrorist attacks in 2013 were in just five countries: Iraq, Afghanistan, Pakistan, Nigeria and Syria. The index attributes terrorism by the ISIS, Al Qaeda, Taliban and Boko Haram to violent Salafi (Wahhabi) and Deobandi ideologies.

The Index accepts LUBP’s definition of the Deobandi Pashtun phenomenon in describing Taliban terrorists. It states that Taliban’s beliefs are a mixture of Wahhabism, Deobandi, a form of Hanafi Sunni Islam, and Pashtun local tribe codes known as Pashtunwali.

The Index notes that in 2013, the country with the second largest increase in the numbers of deaths was Pakistan. Pakistan saw a substantial increase in the number of deaths per attack. In particular, the second and third biggest terrorist groups, Lashkar-e-Jhangvi and Jundallah, averaged 20 more fatalities per attack in 2013 than the previous year. This highlights the growing lethality of the Deobandi militant groups. It may be recalled that ASWJ, LeJ, Jundallah, Ahrar, TTP are various aliases used by Deobandi militants in Pakistan.

The Index notes that the majority of claimed deaths from terrorist attacks, 66 per cent in 2013, are claimed by only four terrorist organisations: ISIL, Boko Haram, the Taliban and al-Qa’ida and its afliates. Variations of religious ideologies based on extreme interpretations of Wahhabi Islam are the key commonality for all four groups. [Of course, Deobandi terrorists in Pakistan (Taliban and their ASWJ partners) are a Salafi Wahhabi mutation of peaceful Sunni Hanafi Islam.]

Is anyone of these four groups a Shia, Sunni Sufi, Ahmadi, Ismaili?

The report is a statistical proof that Deobandi and Wahhabi cult is pure evil.

There is only one option left for moderate Deobandis of Pakistan and elsewhere. They must renounce the violent Deobandi cult and revert to original peaceful Sunni Hanafi Islam. Ditto for Wahhabis who must revert to peaceful Salafism or Sunni Islam.

It is a fact that in Pakistan, all militants are Deobandis and all those who remain silent on or obfuscate Deobandi terrorism are moderate Deobandis.

Those dishonest or Deobandi liberals who frequently refer to Mumtaz Qadri type isolated incidents to exaggerate Sunni Barelvi or Sufi terrorism will never refer to global data on transnational Wahhabi and Deobandi terrorism.

Here is a link to Global Terrorism Index 2014 which highlights the Wahhabi and Deobandi identity of all major terrorist groups: http://www.visionofhumanity.org/sites/default/files/Global%20Terrorism%20Index%20Report%202014_0.pdf 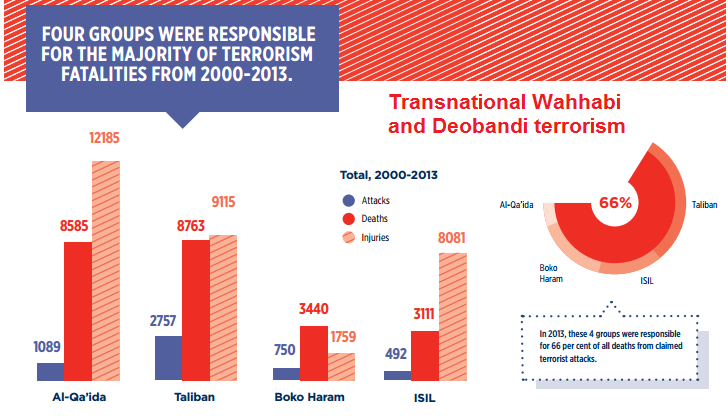 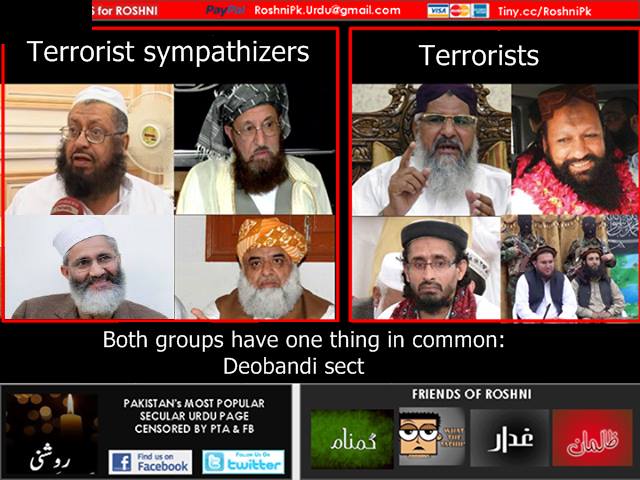