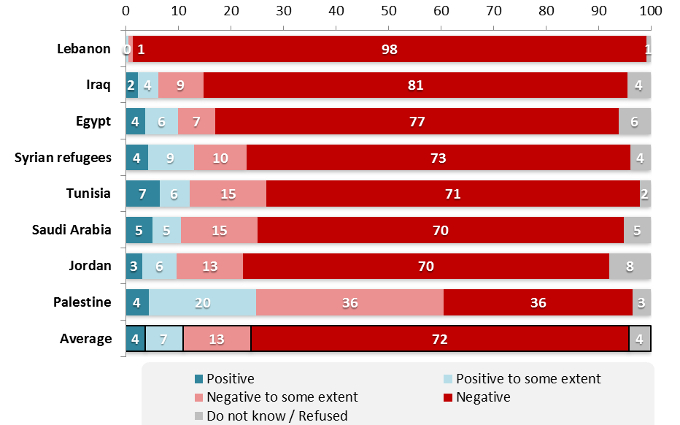 Findings from a survey by the Arab Opinion Index team, within the Doha-based Arab Center for Research and Policy Studies, and which were presented at near-simultaneous press conferences in Doha and Washington, DC, have demonstrated the depth of the Arab public’s distaste for the Islamic State in Iraq and the Levant (ISIL). Findings from telephone interviews with 5,100 respondents in seven Arab countries and in Syrian refugee camps located Lebanon, Jordan and Turkey show that 85% of the Arab holds negative views of ISIL, to varying degrees. This compares to only 11% of the Arab public whose views towards the group were either “Positive” or “Positive to some extent”.
However, the survey shows that Palestine has the highest percentage of ISIS sympathizers followed by Tunisia, Saudi Arabia and Egypt.

At least 24% of Palestinians hold positive or to some extent positive views about takfiri ISIS terrorists. This ratio is 13% for Tunisia while 10% each for Saudi Arabia and Egypt.
It may be recalled that despite Iran’s support to Hamas in Palestine and Muslim Brotherhood in Egypt, both organisations chose to support ISIS, Al-Nusra and Al Qaeda and contributed to massacres of innocent Sunni Sufis, Shias and Christians in Syria and Iraq. In fact, Palestinians and Tunisians represent a high number of ISIS fighters and suicide bombers in Iraq and Syria. Iran, however, remains adamant at embracing takfiri and other Jihadist militants (Hamas, Muslim Brotherhood, Pakistani Deobandis), antagonizing USA, Israel and Saudi Arabia at the same time, thus disregarding the interests of Sunni Sufis, Shias and Christians of Syria, Iraq, Pakistan and elsewhere.

In his recent lectures, Shia scholar Dr Ammar Nakshawani has highlighted the very high percentage of Palestinians as ISIS fighters and suicide bombers in Iraq and Syria. It is high time that Iran and other countries supporting Hamas, MB and Deobandis reconsider their approach to save humanity from ISIS, takfiris and terrorists. 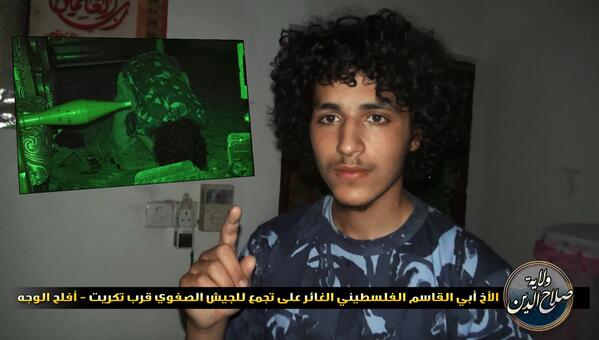