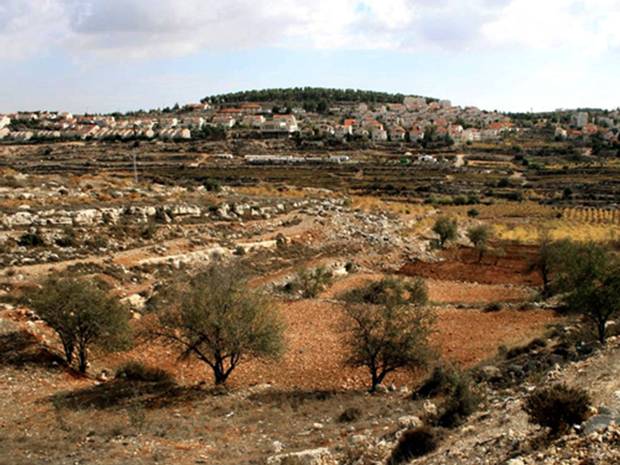 So a bit more of Palestine has slidden down the plughole. A thousand more acres of Palestinian land stolen by the Israeli government – for “appropriation” is theft, is it not? – and the world has made the usual excuses. The Americans found it “counter-productive” to peace, which is probably a bit less forceful than its reaction would be if Mexico were to bite off a 1,000-acre chunk of Texas and decided to build homes there for its illegal immigrants in the US. But this is “Palestine” (inverted commas more necessary than ever) and Israel has been getting away with theft, albeit not on quite this scale – it is the biggest land heist in 30 years – ever since it signed up to the Oslo agreement in 1993.

The Rabin-Arafat handshake, the promises and handovers of territory and military withdrawals, and the determination to leave everything important (Jerusalem, refugees, the right of return) to the end, until everyone trusted each other so much that the whole thing would be a doddle – no wonder the world bestowed its financial generosity upon the pair. But this latest land-grab not only reduces “Palestine” but continues the circle of concrete around Jerusalem to cut Palestinians off from both the capital they are supposed to share with Israelis and from Bethlehem.

It was instructive to learn the Israeli-Jewish Etzion council regarded this larceny as punishment for the murder of three Israeli teenagers in June. “The goal of the murders of those three youths was to sow fear among us, to disrupt our daily lives and to call into doubt our right [sic] to the land,” the Etzion council announced. “Our response is to strengthen settlement.” This must be the first time that land in “Palestine” has been acquired not through excuses about security or land deeds – or on God’s personal authority – but out of revenge.

And it raises an interesting precedent. If an innocent Israeli life – cruelly taken – is worth around 330 acres of land, then an innocent Palestinian life – equally cruelly taken – must surely equal the same. And if even half the 2,200 Palestinian dead of Gaza last month – and this is a conservative figure – were innocent, then the Palestinians presumably now have the right to take over 330,000 acres of Israeli land, in reality much more. But however “counter-productive” this might be, I’m sure America would not stand for it. Israel takes land, Palestinians lose land; that’s the way it works. And thus it has been since 1948, and that is how it will continue.

There will never be a “Palestine” and the latest territorial robbery is merely another small punctuation mark in the book of sorrow which the Palestinians must read as their dreams of statehood wither. Nabil Abu Rudeineh, the spokesman for the Palestinian “President”, Mahmoud Abbas, said his boss and the “moderate forces” in Palestine had been “stabbed in the back” by the Israeli decision, which is putting it mildly. Abbas has a back covered in knife wounds. What else did he expect when he wrote a book about Palestinian-Israeli relations without once using the word “occupation”?

So we’re back to the same old game. Abbas cannot negotiate with anyone unless he speaks for Hamas as well as the Palestinian Authority. As Israel knows. As America knows. As the EU knows. But each time Abbas tries to put together a unity government, we all screech that Hamas is a “terrorist” organisation. And Israel says it cannot talk to a “terrorist” organisation which demands the destruction of Israel – even though Israel used to say the same of Arafat and, in those days, helped Hamas to build more mosques in Gaza and the West Bank as a counterweight to Fatah and all the other “terrorists” up in Beirut.

Of course, if Abbas speaks only for himself, Israel will tell him what it has told him before: that without his control of Gaza, Israel has no one to negotiate with. But does it matter any more? There should be a special strap headline above all reports of this kind: “Goodbye, Palestine”.