The collective human wisdom is clear in that ‘By Your Leader Ye Shall Be Judged.’

Isaiah 9:16
For the leaders of this people cause them to err; and they that are led of them are destroyed.

Quran 17: 71-72
On the day when We shall summon every group along with its leader; so whoever is given his register in his right hand – these will read their accounts and their rights will not be suppressed even a thread. Whoever is blind in this life will be blind in the Hereafter, and even more astray.

Pakistan’s polity is plagued by a miserable sense of history from a miserable conclave of kleptomaniacs. Our politics continue to serve the unpardonable interest of select few by wasting our resources on a fiesta of sham, without any positive impact on the lives of 185 million.

Troubles are escalating at an alarming speed, and he/she who is not outraged at the violence and ugliness of today’s Pakistan does not have a heart. The great beneficiaries of this rotten system deliberately try and paralyze us by fear and propaganda. And we have allowed them to take us captive. For now it remains a bleak reality that despite a terrible economic downturn, unabated corruption rendering the poor poorer, and prolonged terrorism, this duopoly of mediocrity has avoided any decline in their fortunes. Instead they have confidently sparked a renovation of the two houses’ heritage in the likes of Bilawal, Maryam, and Hamza.

Imran has many flaws, but let’s give him credit for giving people the courage to take a stand and making us think if we want the fate of our families and this nation left in the hands of these corrupt politicians. That these self-seekers have left us weakened, vulnerable and have proven that they are incapable of working together to reach common goals and how much longer are we willing to place our hope in them. For reminding us that this political class is a weed, a disease that is crippling the health status of our socio-political cum economic life. For them politics is means of polarizing people to parochial ends and a conduit pipe for siphoning the treasury. 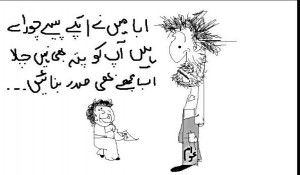 Deeply disappointed by the previous government, any hope sane Pakistanis may have had of Nawaz Sharif being a changed man has melted away like the pyramid of salt in the rain in a mere fourteen month period and blame for the present crisis lies squarely with Nawaz Sharif. The marchers, displaying an amazing mix of determination, structure, and fluidity, may fail to bring in any meaningful change but they have been the harbingers of hope that a generational shift is coming to Pakistan’s politics. It is an uncertain time for Pakistan’s politics. However, it’s remarkable how all the system’s beneficiaries who are enriched or seduced by it have closed ranks as its devout adherents.

Hope operates as a capability. These marchers afford a faint hope that our future generations are not destined to be kept hostage by these crooks. The hope that the political system whose warp and waft are formed by two corrupt dynasties and their cronies is on the verge of death. Time proves that before it’s a spectacle, change is about technicalities or savoir-faire and also about the ‘artisans’ behind the scene. However what we have seen in the streets of Islamabad is heartening on many counts and for that my hat is off to Imran and TuQ.

One, for the first time in the recent history of Pakistan we see the moderate version of avowedly rightwing activists. It reminds us that a wide majority of Pakistanis still follow a moderate version of Islam. If I were to hazard a guess, then maybe 20% of Muslims in Pakistan are either fundamentalists or Takfiris or both. The point is, they are the minority of Pakistanis. Most are moderates. These moderates, in my view, are the ones directly responsible for the decline of Pakistan into quasi-theocracy that has occurred in the last 30 years. Their complicity is a result of at least two things: first, they defend fundamentalists as “somewhat misguided, but genuine, honest people,” and second, they are afraid to act. It’s good to see them expressing themselves. It is heartening to see Pakistanis of all beliefs and ethnicities coming together to crave, justice, peace, and good government.

Two, the nation has realised that our electoral process is a mockery of popular suffrage and hopefully we will see some real reforms leading to both transparent and fair electoral system and devolution of democracy.

A Revolution is not a Dinner Party, but thanks IK and TUQ for some Bubblies. The numbers who would rather die trying to make a New Pakistan than live in the current one are on the rise. And in that lies the hope, that the long journey to a better Pakistan is finally there and what we are witnessing is not another mirage. We couldn’t be more excited to see where it takes us. 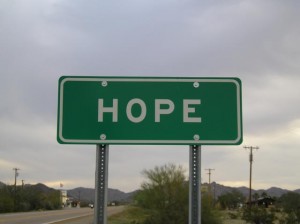