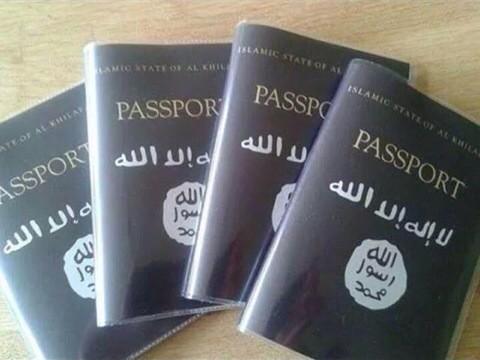 A terror organization that issues its own passports

Editor’s note: The news that ISIL has banned philosophy as a subject at schools should not come as a surprise. Philosophy is also banned in Saudi Arabia under Wahabbism (a branch of salafist Islam). Salafist Islam has always been against philosophy and logic. The renowned Hanbali scholar and the fountainhead of all strands of Salafist Islam, Ibn Taymiyyah, said:”Philosophical logic is like the flesh of a camel at the top of a mountain. It is not easy to climb the mountain, nor is the flesh good enough to justify climbing, nor is the path leading to it easy to follow.’’ He also said: ”There are no philosophers upon right guidance” He also said: ‘’Islam does not have philosophers’’ {Source: Naseehat Ahl Eemaan Fee Radd alaa Mantiq al Yunaan – page:157}The introduction of Greek philosophy into the Muslim world left an indelible mark on Islamic intellectual history. Philosophical discourse became a constant element in even traditionalist Islamic sciences. This lead an unprecedented flourishing of intellect and knowledge among Muslim societies of 9th to 11th centuries. However, Aristotelian metaphysics gave rise to doctrines about God and the universe that were found highly objectionable by the fourteenth-century scholar Ibn Taymiyyah, as depicted above. He held Greek logic responsible for the `heretical’ metaphysical conclusions reached by Islamic philosophers, theologians, mystics, and others. He therefore set out to refute philosophical logic, a task which culminated in one of the most devastating attacks ever levelled against the logical system upheld by the early Greeks, the later commentators, and their Muslim followers. Ibn Taymiyyah was a literalist and a sharp critic of sufis and Muslim philosophers, accusing figures like Ghazali and Ibn Rushd of apostasy. He validated religious violence of the type being perpetrated by the likes of ISIL, Al-Qaeda, TTP, and Boko Haram. ISIL adheres to salafist Islam which shifts religion from being mimetic to performative; where faith stops feeling like a way of life that holds you, and becomes a way of life you must hold onto – placing great store on specifics like wearing a veil. Thus instead of feeling being at odds with the world, and they think that the world is at odds with them. Salafist Islam portrays what the Pope calls the culture of death, for example. At an existential level, they become so obsessed that the moment you differ from them nothing less than the whole person or system feels under threat and is ready to kill.This extremism is a way of staving off how these believers themselves feel compromised by the way things are in the world, because they are implicated in it too. So, blame it all on Chemistry and Philosophy.

Cairo: The Wahabi/Deobandi Islamic State of Iraq and the Levant (Isil) extremist group has banned the study of philosophy and chemistry in schools in the northern Syrian city of Raqqa and established an “Islamic curriculum” for students, the Syrian Observatory for Human Rights (SOHR) said on Friday.

The Isil asked teachers and school directors to “prepare an Islamic education system in the schools of Raqqa”, which would be reviewed by a board of education appointed by Isil.

The “Islamic experts” belonging to the Isil decided to exclude chemistry and philosophy from the educational programme because “they do not fit in with the laws of god”, the SOHR reported.

The Isil promised adequate wages to teachers and principals after the government of Syrian President Bashar Al Assad stopped paying their salaries following the takeover of Raqqa by Islamist rebels. 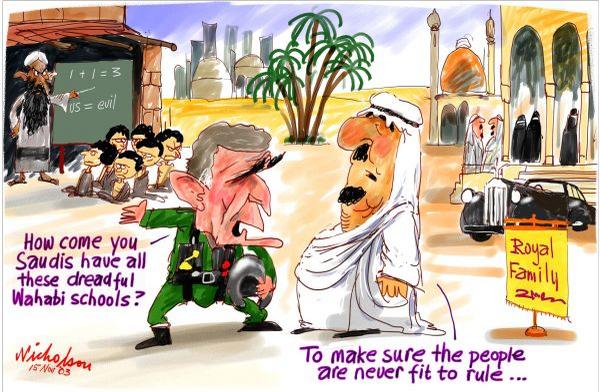 Isil militants closed several schools in the province, which had an educational programme consistent with the Syrian regime or with rival Islamic brigades which controlled Raqqa before them.

The militants on Thursday killed nine members of rival Islamic groups in the Syrian town of Akhtarin in northern Aleppo province. They also stoned to death one of their militants, a Tunisian, after he raped a young displaced girl from Deir Al Zor city.

The Isil controls Raqqa and large parts of Deir Al Zor, where various armed groups have sworn allegiance to it.

In June, the militants declared the setting up of an ‘Islamic caliphate’ in the territories under their control in Syria and Iraq.